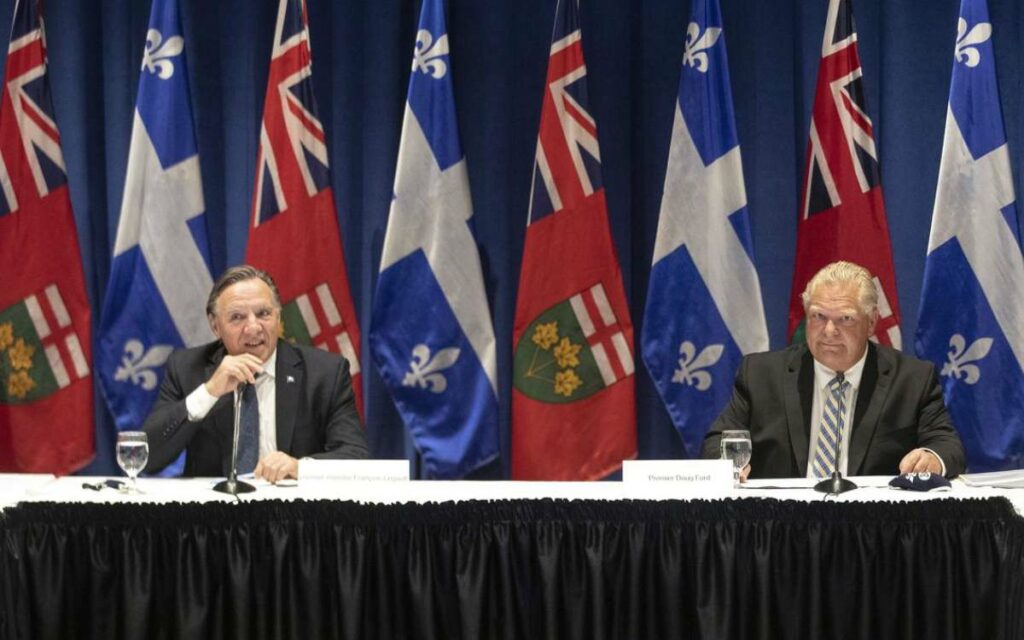 Premiers Ford and Legault at the first ever Ontario and Quebec summit.

This week the Premiers of Ontario and Quebec convened their first-ever “summit” to discuss important matters of mutual interest.

Topics on the agenda included economic recovery and job creation in a post-pandemic environment, health care preparedness for a possible second COVID-19 wave, collaboration on trade issues and the safe opening of the Canada-US border and the promotion of domestically made products, as well as other issues of concern to both provinces.

In addition to Premiers Ford and Legault, seven Ontario Ministers and five Quebec Ministers participated in the summit.

Of course no meeting of provincial Premiers would be complete without yet another appeal to the federal government for more money.  In this regard, the summit did not disappoint.  The Premiers pledged to jointly request more money from Ottawa for health care, ostensibly to “remedy longstanding underinvestment”.  Yet Canada invests a great deal in health care – more in fact than many other countries that achieve better health outcomes for less money.  Instead of asking for more federal dollars for health care, the Premiers should be looking to emulate other countries which, instead of having a public health care monopoly, have a mix of private and public health providers within a single payer system.

Experience during the pandemic demonstrated that countries with a public/private mix and a network of specialized private clinics were much more successful than Canada in continuing to conduct surgeries and other procedures in private clinics, while emergency and COVID responsibilities were taken care of by public hospitals.  All Canadian governments have thrown more and more money at the health care system in recent years with little, if any, improvement.  Structural change is the solution, not a further waste of taxpayer funds.

In addition to asking for a significant increase in the Canada Health Transfer, the Premiers also want the federal government to ante up more funds for infrastructure and transit.  What the Premiers are really asking for is more money from beleaguered Canadian taxpayers.  Considering the current devastation of the economy and the fact that Canadians were already heavily taxed even before the pandemic hit, looking for more tax revenue is like asking for blood from a stone.

Quebec is by far the most protectionist province in Canada and for language and cultural reasons retains more autonomy in a number of areas.  For instance, Quebec has its own pension plan in the QPP, its own tax system and a much more developed immigration bureaucracy than elsewhere in Canada, even though such duplication leads to added costs for taxpayers.  The notion that Quebec will give up some of its autonomy to collaborate more fully with Ontario, or any other province, is improbable at best.

Quebec has also had by far the worst experience with COVID-19 in Canada to date, with 50 per cent more cases of the virus and twice the deaths as compared to Ontario, despite having only 60 per cent of Ontario’s population.  It would appear that the only thing Ontario can learn from Quebec’s pandemic experience is what to avoid doing.

Collaboration among the provinces is always a good thing if it actually takes place.  This is especially true for Ontario and Quebec, considering that together they represent 60 per cent of Canada’s GDP and population.

Premier Ford closed the summit by stating that he and Premier Legault were “sending a clear message of unity and cooperation”, which is particularly welcome in light of Quebec’s history of occasionally flirting with separation from Canada.  However, in recent decades there have been many meetings among provincial politicians and officials on many topics.  All too often they have been merely window dressing with few real results.  A good example is the ever-thorny issue of interprovincial trade barriers, on which multiple provincial meetings have been held with much talk and little progress.

Both Premiers Ford and Legault declared this week’s summit a success, as they naturally would, and committed to holding annual summits going forward.  It will take some time before we know if anything will actually be accomplished or if this was just another in the long line of provincial meetings which made for some nice photo-ops but not much substance. 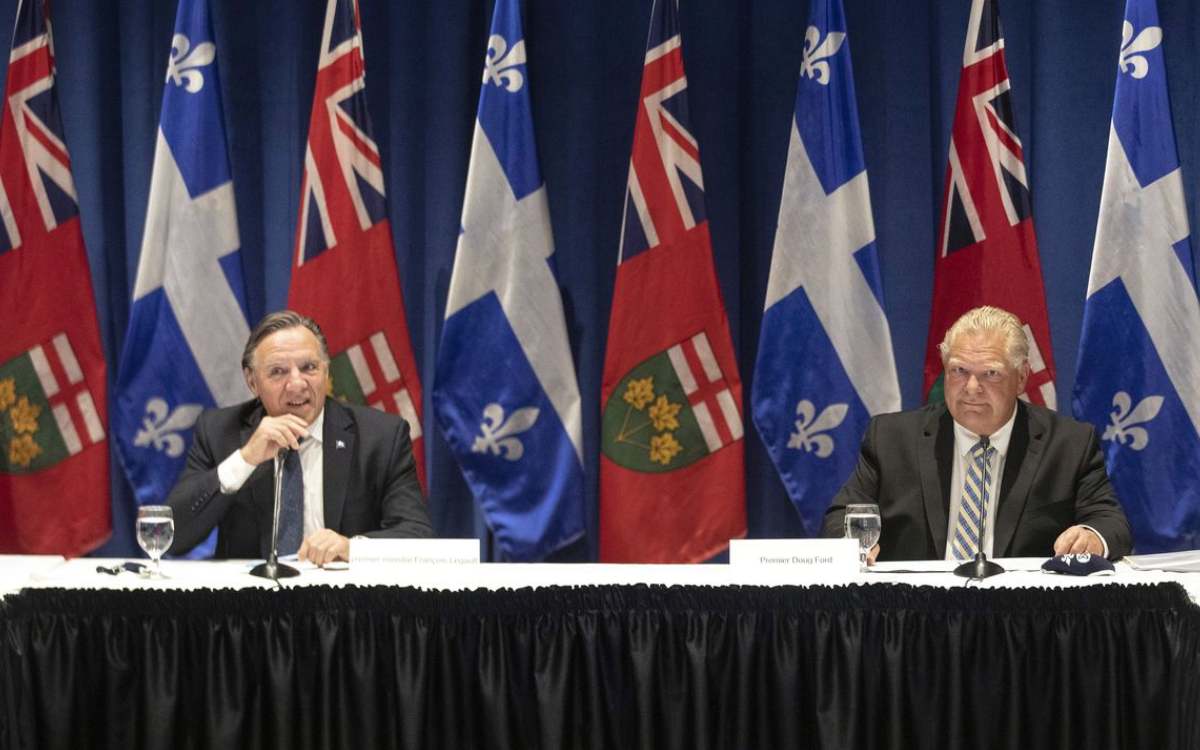