The last of the summer snippets 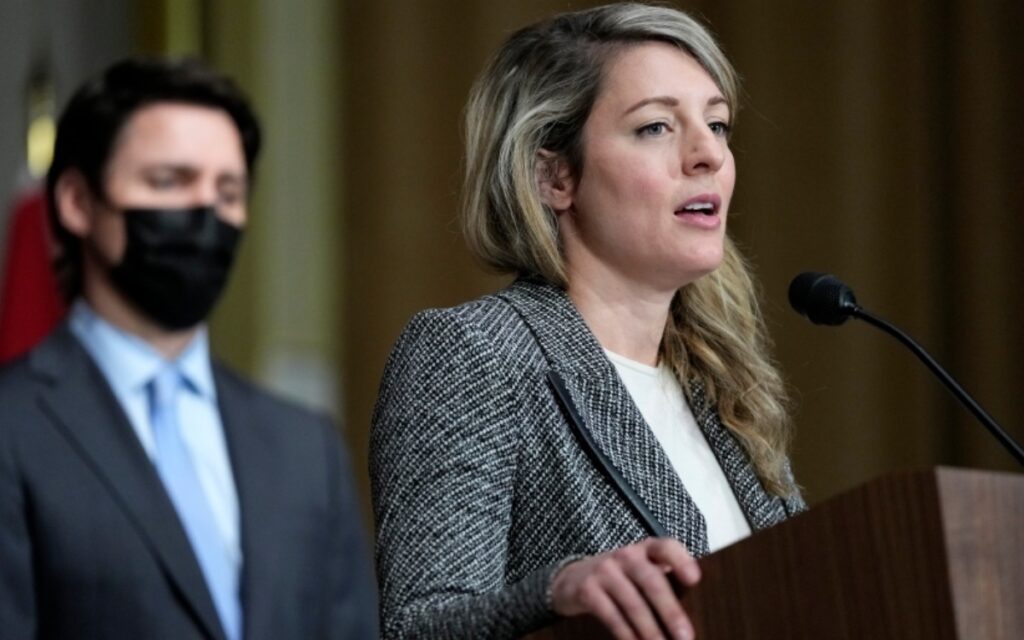 Unfortunately, every summer must come to an end. Labour Day Weekend marks the beginning of a transition when we all must begin to focus again on reality. Therefore, the last of the ‘summertime snippets’ provides final news and commentary on the current state of affairs in the Nation’s Capital – to help us brace for the eventualities of fall on Parliament Hill.

There are endless signs of incompetence. The last few weeks of national news were littered with stories of government incompetence and ministers routinely sidestepping all responsibility. Apparently, there is no accountability to be found in Ottawa.

Ahmed Hussen, Minister of Housing and Diversity and Inclusion, is publicly stating that “someone else” let the government contract a hateful antisemite, Laith Marouf. Marouf led a government anti-racism program, though he himself authored such tweets as: “loud mouthed bags of human feces aka the Jewish White Supremacists,” they deserve “a bullet to the head.” He called former justice minister Irwin Cotler the “Grand Wizard of Zionism” and former U.S. secretary of state Colin Powell a “Jamaican house-slave.”

Liberal MP Anthony Housefather revealed that he had warned Hussen about the bigot Marouf. Apparently though, Marouf was fine to continue with his contract, that is until media exposed him to the public (full credit to Sun Media columnist Brian Lilley who was relentless in reporting on this story). Only then did the minister get around to cancelling the contract. (One has to ask, if there were no negative headlines would Marouf still be leading the government’s anti-racism program?)

Chris Bittle, St. Catharines MP, added another embarrassing twist to this story last week when he attacked University of Ottawa professor Michael Geist for criticizing the government’s contract with Marouf. Bittle said the professor himself was racist, suggesting he criticized Hussen because of his skin colour. The baseless, partisan attack prompted Brian Lilley to respond with, “Bittle isn’t worthy of the office he holds, he’s an embarrassment to his riding.”

Sean Fraser, Minister of Immigration, appeared in the news again when it was revealed that international students are now at risk of missing the start of their school year because of visa delays. Immigration officials reported that the department was overwhelmed because there is an unprecedented number of foreign students applying to come to Canada. This notion of Ottawa being “overwhelmed” has become Ottawa’s default response to all issues. In July, the department reported an immigration backlog of 2.7 million people. The backlog has been cited by immigration officials as the reason why Canada was challenged to rescue Afghanis and provide refuge for Ukrainians. So, who is accountable for this impossible situation, or is it so commonplace that now it is acceptable to regurgitate tired excuses to explain away the country’s immigration department failings?

Omar Alghabra, Minister of Transport, audaciously told MPs in a special summer committee hearing on the chaos at Canadian airports that there were no problems with the government’s ArriveCAN app, and that it was “helping reduce congestion.” Seriously, can we believe this given all the facts reported out by airport officials and travelers? This is the same minister who this spring blamed airport delays on Canadians who were too eager to travel and unaccustomed to airport protocol after not travelling during the pandemic restrictions. Alghabra basically told Canadians, “It is your fault.” However, now it has been uncovered that Alghabra had private department reports of a 25 per cent understaffing of airport security personnel. Obviously, this minister is adept at political doubletalk, inexcusably obscuring facts to evade his responsibility.

Marco Mendicino, Minister of Public Safety, has been caught up in a number of “mis-communications” defending RCMP Commissioner Brenda Lucki, who claims she is being caught up in a scandal that is nothing more than “mis-communication.” But, Mendicino has a remedy for this lack of clarity: the group overseeing the activities of the police force, the RCMP’s Management Advisory Board (a creation of the Trudeau government) will report directly to his office. (MPs believe the board needs to report to Parliament but, obviously, this would cause too much information dragged out into the public.) The minister’s solution would allow Mendicino to build Canadians’ trust and confidence in the RCMP. Imagine the end results. Had this reporting structure been in place this past year, there may not have been the unnecessary probing into RCMP conduct with the N.S. mass murder investigation. Mendicino would have taken care of it.

On a separate note, about this trusting minister, he appeared before a special committee this month that was looking into the RCMPs’ spyware technology. It has been exposed that RCMP used surveillance spyware on Canadian citizens and have also done so on opposition MPs. At the committee, Mendicino offered very few details – only the reassurance that he is managing it.

Melanie Joly, Minister of Foreign Affairs, takes the prize as the most incompetent of the Trudeau cabinet lot. Consider this minister’s actions – and Canada’s shame:

Who is there to steer Canada’s recovery? There are formidable challenges for Canada as the country looks to emerge from the pandemic. The Organization for Economic Co-operation and Development (OECD) has projected that growth in living standards in Canada would rank dead last among its 38 developed member-countries over the next 40 years. From 2015-19 (pre-pandemic) there were only four countries in the world that saw a decrease in foreign investment – and Canada was one of them. During 2020-21, the OECD reports Canada outspent all countries in the world to post an overall debt burden equivalent to 352 per cent of GDP.

To deal with these issues Canadians have a prime minister who admittedly does not think of monetary policy. And we have a finance minister in Chrystia Freeland who is a journalist with no formal financial background or business experience.

Do Canadians need to be concerned about who will lead the cabinet discussions on the economy and the country’s recovery? It’s a serious question. Consider PM Trudeau’s inability to make a case for exporting more Canadian oil to Europe…

Enjoy your Labour Day and welcome back to reality.