The most poignant moment of Parliament’s Spring Session 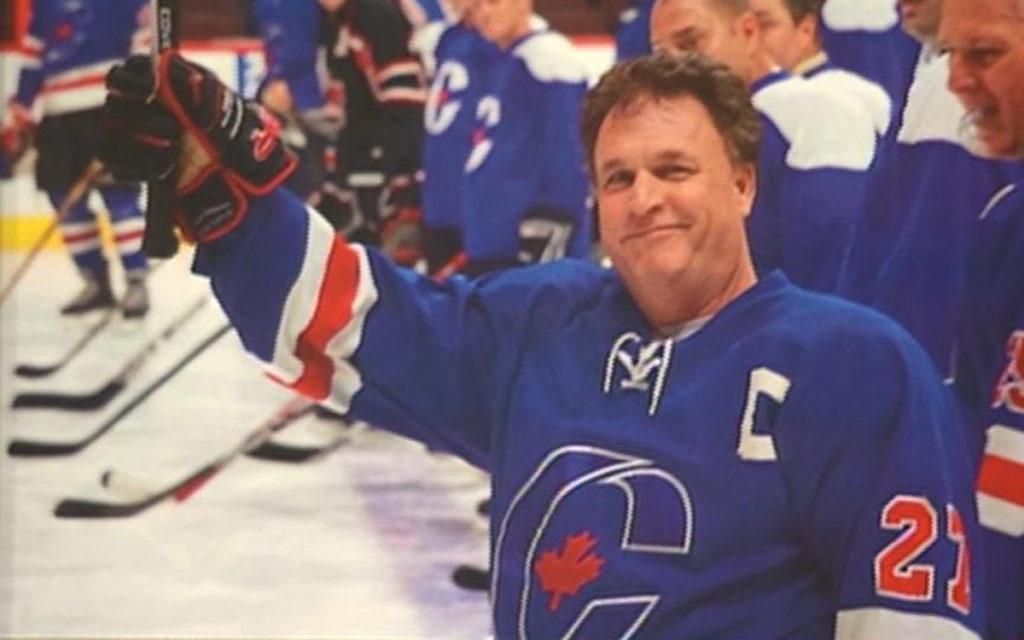 On Parliament Hill, time stood stand, or rather any sense of time was lost in the surreal tension of Wednesday, May 2. Members of Parliament were shocked. News travelled in whispers of disbelief. And then there was an oppressive sadness that enveloped the Nation’s Capital and left anguished MPs groping for words, as we all do when faced with a close friend’s passing.

Wednesday morning, Gordon Brown – Gordie to everyone who knew him – had started his day playing hockey with friends at the Ottawa Morning Hockey League. The MP made it to his Hill office and sometime shortly before 10 o’clock he had a heart attack. Paramedics performed emergency resuscitation efforts en route to the hospital, where he was pronounced dead.

At 57 years young, Gordie leaves behind his wife, Claudine, and two sons, Chance and Tristan.

Gordie was ever-popular – a man with a big heart who cared deeply about his home community and its people. Before he entered federal politics, Gordie was a municipal councillor in the Ontario seaway town of Gananoque, He was also president of the 1000 Islands-Gananoque Chamber of Commerce and chair of the St. Lawrence Parks Commission. Gordie was also a great athlete, a Canadian kayaking champion and an avid hockey player.

Gordie was a duty-bound, responsible and respected Parliamentarian and, most recently, was appointed by the Prime Minister to sit as a member of the influential National Security and Intelligence Committee of Parliamentarians.

On that Wednesday, the House proceedings were cancelled. Instead, MPs gathered in the hallowed Chamber to pay tribute to their friend. Gordie’s blue hockey jersey with his number, 27, and a vase of white flowers were place on his desk. Beside the jersey was a framed photo – Gordie smiling, stick raised.

Conservative Leader Andrew Scheer led the MPs reflections by describing Gordie as the “quintessential happy warrior”, “He was an eternal optimist, who was always quick with a compliment or a supportive word. He recognized that the challenges of this place on members can be very, very difficult and he wanted to make sure our caucus supported each other, not just on the professional level, but on the human level as well.”

There were many moving tributes that afternoon, but perhaps the rawest reaction to the news of the day came from Muskoka Ontario MP Tony Clement, who was a close friend since 1981 when Gordie and he were young Progressive Conservatives. “He’s just a good man. He was always there for all of us. I’m just at a loss for words. I’ll miss him every minute of every day.”

Clement candidly reflected on the pace of life in politics, “I’m not trying to be morbid, but it’s a death trap for people sometimes. It takes years off your life, and I know we do it willingly, but sometimes the price is very high.”

Then later, Clement tweeted, “He’s been a constant inspiration. He was one of the good guys.”

In remembering Gordie as a passionate, thoughtful politician and a loving family man, we are all reminded of just how precious and fleeting our time is.

With a sense that he needed to do something to respond to the sudden death of his colleague, MP Rob Nicholson ordered hundreds of special pill cases to hand out on the Hill and in his Niagara Falls riding. Only weeks after “that morning,” Nicholson accompanied by Gordie’s widow, Claudine, announced his initiative in front of the doors to the House of Commons. Nicholson explained: “Taking aspirin may buy you time should you begin to experience the symptoms of a heart attack. In the hopes of preventing more fatal heart attacks, this pill holder can be attached to your key chain – ensuring that a safeguard is always on hand.”

Another fitting tribute to Gordon Brown.