The new federal cabinet and a focus on the future 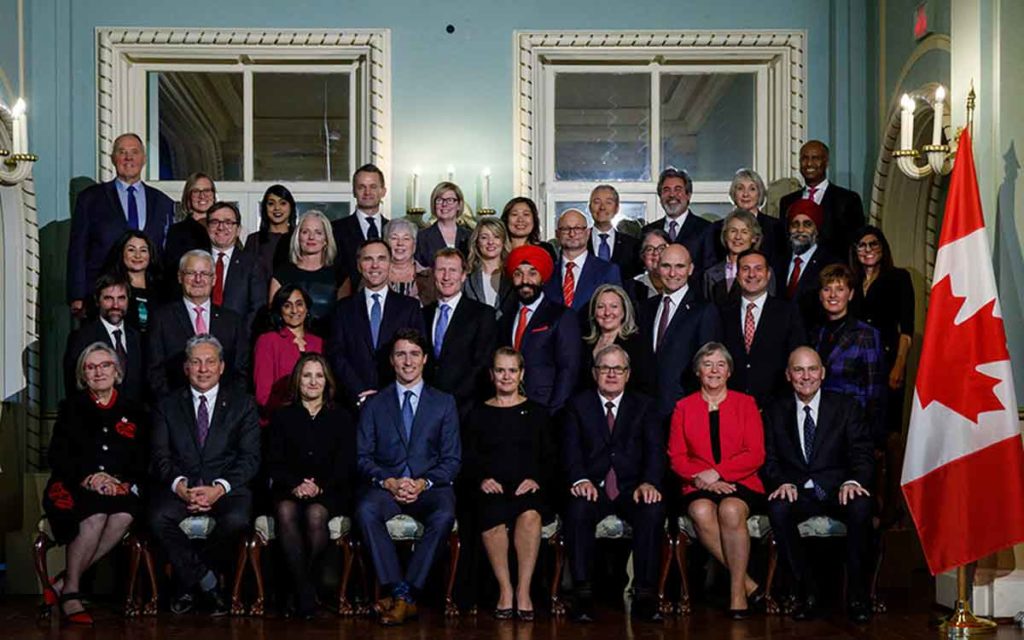 The federal election and all its craziness and vitriol are now behind us.  Canada has spoken and it has given the Liberal Party a mandate (sort of) to form a government.  Canadians gave “Team Trudeau” the opportunity to form a minority government meaning that the opposition parties in the collective have more seats than the Party who formed the government.

So, the hard part for Canadians is over. We voted and we spoke! And Canadians spoke loudly!!  In fact, the outcome of Election 43 gave us back Justin Trudeau as Prime Minister, but not like he was in 2015.  Gone are the selfies, the sunny ways, the virtue signaling and in its place is a legacy of apparent divisiveness and anger heretofore unseen in Canada.

In the weeks following the conclusion of Election 43, I’ve heard pundits and social media warriors suggest that the Liberal Party does not have the moral authority to form a government in Canada, because they did not win the popular vote.  Yes, the facts weigh out, the Conservative Party of Canada received more popular vote than the Liberals and although that may be true, it means nothing! We simply don’t elect governments in Canada by virtue of who gets the popular vote!  The way government are formed in Canada is by the number(s) of seats a Party attains through a first past the post voting process.  The Liberal Party garnered the most seats and therefore can form government.  Enough said!

So, by the time this little screed gets read, Prime Minister Trudeau’s Cabinet has been sworn in and the Parliament of Canada is officially back in session in Ottawa.  The Government’s Speech from the Throne will have been delivered and we’ll know what the plan is for this Government and this 43rd parliamentary session.

Many political observers , pundits, social media wizards and those in media have suggested Canada might be in for a rough ride in the coming years.  Western alienation, they say, has produced a political movement there,  Quebec nationalism, they say, is on the rise and the climate change agenda remains the single biggest issue to face Canadians.

For this political observer, with this Cabinet I think the country will be just fine!  Let me explain.

If we believe everything we read on social media, this is the worst Cabinet ever!  Some say the Cabinet is too big, some say it’s too politically correct with 18 men and 18 women and therefore not merit based,  others say the west is shut out while still others say Ontario and Quebec will now get everything because the lion’s share of Liberal seats are there.

Consider too, however, that the opposition parties, who actually outnumber the government, will now have a role to play to ensure that Justin Trudeau’s government performs effectively for ALL Canadians because, as we know, governments serve ALL Canadians and not just those who voted for them.  And, I submit too,  they have a long row to hoe to do well as an effective opposition.  The Conservatives have a leader on the ropes, the NDP have no money and therefore no ability to attract attention, the Bloc is seemingly happy in its new role as power-broker and the Greens and Independents are –  there!

So, here’s the thing.  The Liberal government’s executive council is not as bad as social media seems to be spewing and media and political observers have parsed the appointments as if the very composition of the Cabinet determines the future pathway for Canada. Here’s the reality, the composition of a Cabinet is a tough job for the Leader of a Government.  Region, gender, race, creed, and every other aspect of Canadiana MUST be included to make an executive council truly reflective of our great nation.  We expect that as Canadians.  This Cabinet IS reflective of Canada in a profound way, with the exception of not having representation in Alberta or Saskatchewan.  And that glaring dearth is likely the most problematic issue facing the Prime Minister and his Government going forward. Those two provinces in particular are critical to stability in Canada given the apparent increase in alienation and the massive support for the oil industry and pipelines.

That notwithstanding, I think the Prime Minister has appointed an executive Council whose collective stewardship will address the challenges we face as a nation and , I venture to say, we may have stable minority government for the coming years – based on the actions of this government and the circumstances facing the opposition parties.

Juxtaposed against the politics played in the mid-2000’s when Canada was governed with minority Governments who basically did nothing of substance – except politics – we have a Government whose culture is activist.  Even now, the government is seemingly prepared to do the work that needs to get done.  Because, in 2019, the political agenda cannot be ignored.

At the centre of the agenda is climate change AND economic prosperity (and that will include building pipelines)- a political dance that takes the likes of deft political tactician(s) to resolve.  The Prime Minister who had been criticized for being too hands on with respect to every policy file of his Government, in effect, has appointed very good stewards to Cabinet – roles to manage the dance and do the job(s) that need to get done.

Unlike the United States, Cabinet Ministers in Canada must be elected to serve.  It’s against that backdrop that I offer a few highlights on how Trudeau’s Cabinet will fare.

Moving Chrystia Freeland out of Global Affairs and into the role of Intergovernmental Affairs is a stroke of brilliance – she has proven herself to be an effective negotiator and her style and presence are calming. The honourific as Deputy Prime Minister will serve her well when she interfaces with Premiers – especially those in the west.  Look for a well-crafted plan to have the much-needed buy-in from the provinces for the pipeline project that WILL be implemented.  Look for her to also engage effectively with the opposition in the House of Commons for support.

Keeping Bill Morneau in Finance is a signal that the bureaucracy and “the street” have confidence in his ability to be the steward of Canada’s economy.  His big challenge is going to be re-building confidence in the middle class who appear to be dogged by CRA at every turn.  Look for Morneau to spend more time looking to create a foreign investment environment and associated opportunity for Canadian business to flourish.  He will need to work the phones with his Cabinet colleagues, the opposition and international organizations to continue to be successful.

The shift Catherine McKenna endured from environment to infrastructure is not by accident.  Her assertive style and her inimitable ability to create alliances will serve the government well as it deftly moves from the sustainable and traditional resource-based economy toward building green jobs and the new economy. She has the right temperament and massive appeal – she’ll do well.

David Lametti is likely the most intellectual in Cabinet. At a time when the Prime Minister needs to rely on stability – he gets it in spades with Lametti as the Minister of Justice and Attorney General.  He understands the subtlest of nuances related to the law, but the Constitution is a fluid entity requiring a strategic and knowledgeable steward to ensure it gets the attention it deserves. Niagara Region is originally his home so I’m biased – not bad for a boy from Port!  But look for good things from him.

Seamus O’Reagan is an unusual appointment to Natural Resources Canada in this writer’s opinion.  Ideally the role at NRCAn is suited for a MP from the north or the west where natural resource management is bred in their DNA.  He is from Newfoundland – albeit a province with a rich off-shore oil industry- but I think the Prime Minister is taking a chance putting him in the role to deliver on the promise of natural resource economies being preserved in Alberta.  Look for his role to be tough in the early going.

Filomena Tassi, Hamilton MP comes into her second term with an increased role to play in Cabinet.  As Minister of Labour, she’ll have to steer the labour unrest in the rail industry as well as manoeuvre with her other cabinet colleagues on delivering on the promise of jobs in western Canada.  Her strength of character is a strong suit – look for her to do well in the role.

Vancouver based Jonathan Wilkiinson has been boosted to Environment and many think that because he’s a BC MP, he’ll cow-tow to special interest against the pipelines.  Not so, I think his strong record in the private sector dealing with First Nations and in the innovative green industry will serve him well.

Francois-Phillipe Champagne has big shoes to fill as the new Minister of Foreign Affairs.  BUT, remember, he was a sort of under-study to Chrystia Freeland in the last government.  Plus, he’s a brilliant team player and likeable – look for him to do well in the role – especially as Canada strives to deliver on the new ‘NAFTA’ and other trade deals globally.

Patty Hajdu as Minister of Health is another interesting choice.  Consider though that she is from Thunder Bay and innovation and integration are not buzz-words there – they are the reality of that environment.  Look for her to bring a lot of that inspiration to the role – especially that she has to consider the “Pan-Canadian Pharmaceutical Alliance” at time when provinces are more cantankerous than ever.

Marie-Claude Bibeau is the new Minister of Agriculture.  She’s inherited a ministry that has been male dominated.  Look for her to bring a kinder-gentler atmosphere and the possibility of helping to re-invigorate the sector.  Her international experience will serve her well – plus she has an extraordinary network to help.

Mona Fortier is perhaps the single most head-scratching appointment.  Her entrée to the role (from her CBC interview) made Canadians light up on social media – she could barely describe what being Minister for the Middle Class meant.  But let’s consider this – she’s associate Minister of Finance – and that gives her the ability to re-calibrate from a disastrous introduction to re-working the file with her Minister (Morneau) to build the kind of confidence the Government has been asking Canadians to accept since they were elected.

That’s a glimpse of that we can expect from this Cabinet in the months and years ahead. Oh sure, social media will have its expected field day hammering at Trudeau and his gunsills,  but if the Government does its job well and condenses the noise and nonsense we may finally see good and effective government.  And that’s what Canadians voted for!! 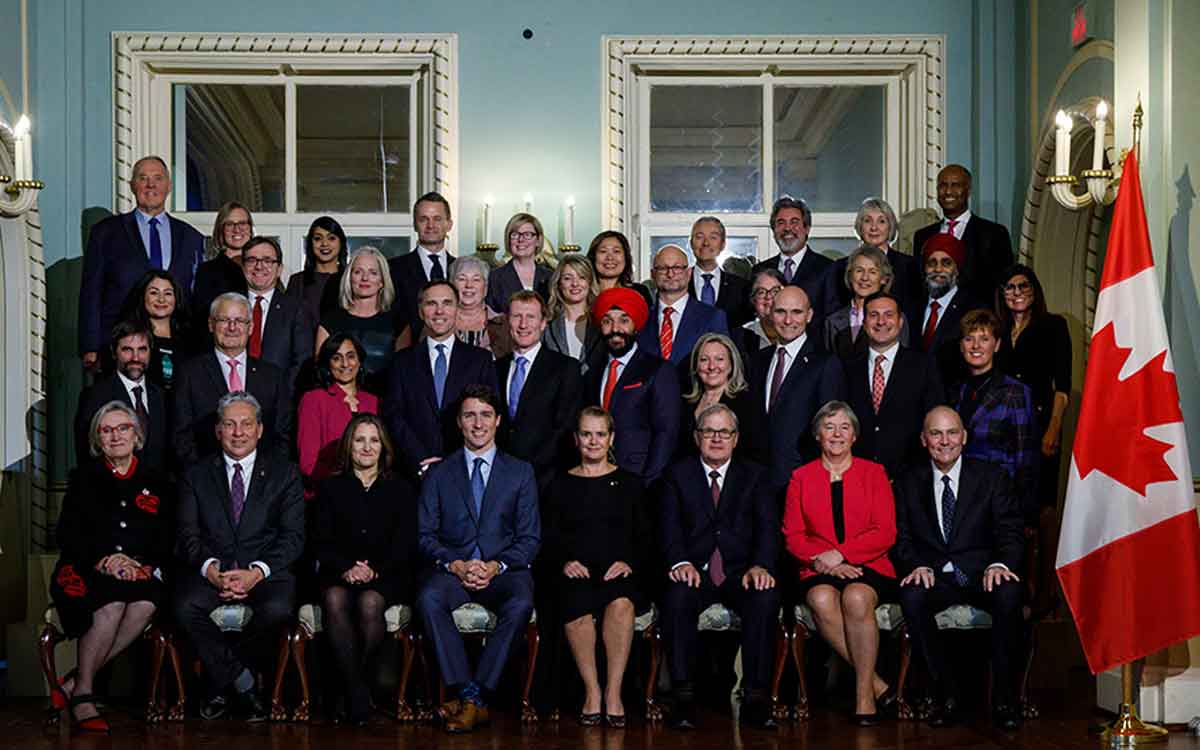