The new west and the future of Canada 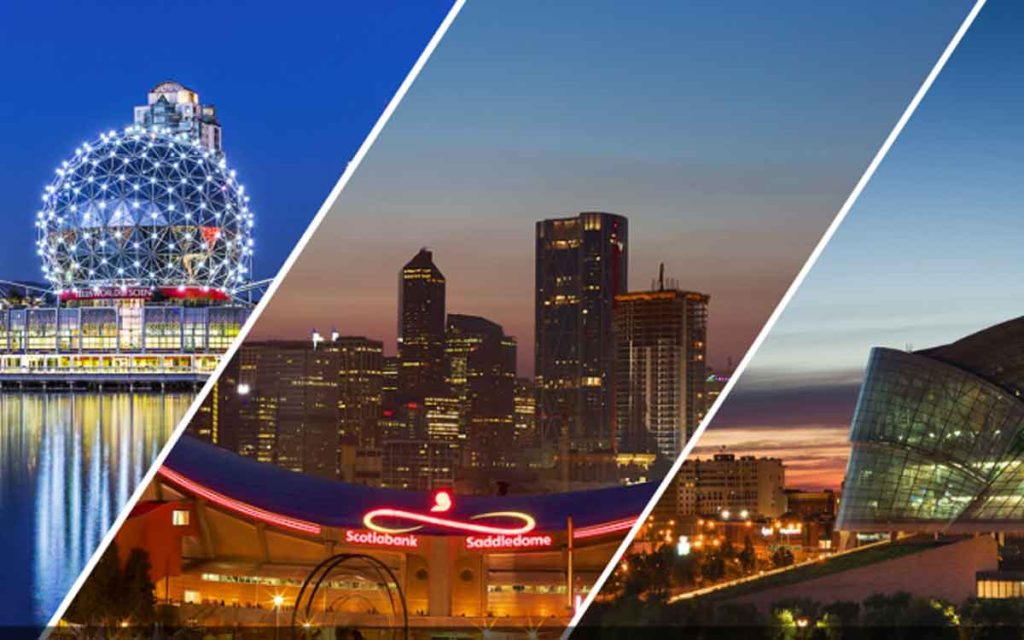 Clearly the west (Manitoba, Saskatchewan, Alberta and BC) is a more dominant player in Canada than ever.  But what does this mean?

I’m a child of Western Canada. Born in Regina after the Second World War, raised in Winnipeg, now a resident of BC and half of my six siblings live in Alberta. I’ve come to know this part of Canada through the dual lens of personal experience and thousands of polls. And I’ve spent enough time in Ottawa, Toronto and Montreal to discover the many myths and misconceptions about this vast region.

I have witnessed a massive change in the role of the West, largely driven by demographic forces.  In the early 50’s the Canadian population fulcrum, with Ontario in the middle, was decidedly tilted east. Western Canada had barely a quarter of the then-total population of 14 million. Quebec and the Atlantic provinces hosted slightly more than forty percent of the country.

When I started my polling company in the late ‘70s the eastward tilt was slightly less pronounced but still left the west in third place.

Starting in the ‘80s with the Alberta oil boom and the influx of immigrants to BC, things began to shift. Today the population of the four Western provinces is just under a third of the country and according to projections from Statistics Canada will grow to about 35 per cent by 2036. The share Quebec and Atlantic Canada will drop to under 30 per cent.

Clearly the west (Manitoba, Saskatchewan, Alberta and BC) is a more dominant player in Canada than ever.  But what does this mean? Will the scales of Canadian politics be upended, the economy transformed and our identity forever altered? Anecdotally, there is a stirring in parts of the west that hasn’t been seen since the 80s when the double whammy of the National Energy Program and the decision to bypass Winnipeg in favour of Montreal for CF-18 military jet maintenance, served to put Western Canada firmly in its place as a junior player in confederation.

The result of this was the launch of the Reform Party, which, despite its best intentions did little to reform the perceived institutional bias – especially from Ottawa where the Laurentian elites from Toronto and Montreal remained firmly in control – against Western interests.

Today Alberta and its energy-rich neighbour, Saskatchewan, are mad as hell because they can’t get their products to market.  BC is suffering a different kind of hell as young couples decamp from Vancouver in the face of unattainably expensive housing costs.

If the Reform Party came to prominence as a result of the troubles in the 80s what can we expect from the current issues facing Western Canada? Given the rising demographic and political power of the West what are the implications for national unity, identity and federal institutions? How is the West perceived by Canadians east of Manitoba?

These questions and others are the subject of a comprehensive study which involved in-depth surveys with 4000 residents across the country.

The portrait that emerges from this study displays a somewhat distorted image of Western Canada, reveals cracks in the contours of our unity as a nation and contains bold and new horizons that our leaders in Ottawa ignore at their peril.

Almost thirty years ago I undertook what was then one of the largest surveys ever developed on Western Canadian attitudes. Much has changed since then but the feelings of resentment towards Ottawa are higher than ever and the potential for change in the electoral map is intensifying.

On the economic front, our study examined the single largest issue in Western Canada – pipelines. Not surprisingly this issue has the biggest impact in Alberta and Saskatchewan. But the untold public opinion story is the unique position of Quebec on the entire energy file. By a huge margin Quebecers are most likely to downplay the role of energy in the Canadian economy and resist any attempt to move Western oil through their province to refineries in Atlantic Canada. As Indigenous and environmental roadblocks continue to frustrate the Trans Mountain option, most Canadians support a dual track with pipelines east and west, with the exception of Quebecers who stand firmly opposed to both energy pipeline projects.

Quebec also stands in that it is perceived by a majority of Canadians as having an extra advantage in confederation. None of the four Western provinces are seen as having this advantage by more than 10 per cent of the national population. Alberta, which has contributed billions to federal equalization is mentioned most often (32%) by Canadians as giving more than it gets. It would appear the principle of fairness is being severely tested in Canada.

The “Western” label is heavily used by Ottawa, the national media and corporate Canada. However, looking at this through the eyes of Western Canadians uncovers a less than cohesive region. There are strong ties between Alberta and Saskatchewan, but the two provinces on either side are less connected. British Columbians are especially standoffish – preferring to see themselves having more in common with the West coast of the US than their neighbours on the other side of the Rockies.

But what unites the entire West is a widely shared consensus about unfair treatment by the national government. Three-quarters of Westerners feel that the treatment of their province by Ottawa is unfair, compared to slightly less than half in Eastern Canada. And most of those who hold this point of view say this unfair treatment is only getting worse.

An in-depth review of perceptions of major federal institutions reveals that negative views are chiefly aimed at the federal government, Parliament and to a lesser extent, national programming on the CBC. More positive assessments exist for the Supreme Court, The RCMP and the Armed Forces.

Perhaps surprisingly given the tenor of debates back in the 70s and 80s, Western Canadians are largely indifferent to the principles of official bilingualism. Our study finds little opposition to the language rights enjoyed by French speakers.

Western Canada, especially the two provinces in the middle, has become a pressure cooker of intense emotions looking for an outlet. The last time emotions were running this high a group of Albertans jumped from the then-Progressive Conservatives to establish the Reform Party in 1987. There is no better testament to what little was accomplished by that epoch in Canadian political history than the continued and even more intense feelings of inequitable treatment uncovered in this study.  Reform morphed from a Western movement to a populist national conservative party but did little to address Western concerns. It forgot its Western roots in the search for national power.

What will be the outlet for the emotional stresses building in Western Canada? Some see Andrew Scheer and the post-Harper Conservative Party as the answer. Maybe. But Scheer’s record so far suggests more interest in building support in Quebec than listening to his Western base. His early support for supply management (which especially favours Quebec dairy farmers) does little to endear him to Western Conservatives.

At the other end of the spectrum is talk of Western separatism. This may be a good negotiating ploy (witness experience of Quebec) but the chances of this movement taking hold among most Albertans is unlikely; across Western Canada, even less.

A third option for Western Canada and one which evokes widespread interest and support across the region is the establishment of a Western Canada party which would run candidates in a federal election. In a question included as part of our study the “Western Canada Party” was chosen by 35 per cent of respondents – six points ahead of the Conservatives and more than double the support for the Liberals or NDP.

How much weight should one place on this finding which is based on a hypothetical situation? In my experience the gap between concept and reality in Canadian politics usually comes down to one word – leadership. Reform did exceedingly well in its early years because Preston Manning was able to articulate views that connected with the feelings of a great many Canadians – especially in the West.

An unfortunate consequence of bilingualism traditions in the age of televised leader debates is that many of our best leaders from English Canada are denied a shot at becoming Prime Minister because of their lack of proficiency in French. A Western Canada Party would not be limited by this requirement.

A strong electoral showing by a Western Canada Party would likely result in a minority parliament thereby giving the Party significant clout on cabinet positions and public policy. And what policies would it seek to shape? National resources and their distribution would be front and center, as would programs to favour economic diversification.

One possible policy which we examined in our survey involves the decentralization of major government departments into regions across the country. Here we found a remarkably high level of agreement from coast to coast. Despite many discordant attitudes and perceptions across the Canadian federation, it’s noteworthy on this fundamental question of fairness we can all agree.

My grandchildren are coming of age in a far different political environment than I faced as a young lad in the early 50s. Hopefully they will look back in the distant future at a country that adapted to the changing demographics of the twenty first century. Western Canada has always wanted in. Soon it will have the clout to burst through the door. Get ready.

Dr. Angus Reid is the Chairman and Founder of the Angus Reid Institute, Canada’s non-partisan, not-for-profit polling organization. From 1979 to 2001, he was founder and CEO of Angus Reid Group, which grew into the largest research firm in Canada, with revenues of $60 million. Angus has written numerous columns on economic, social and governance issues and well as the best-seller; “Shakedown: How the New Economy is Changing our Lives” 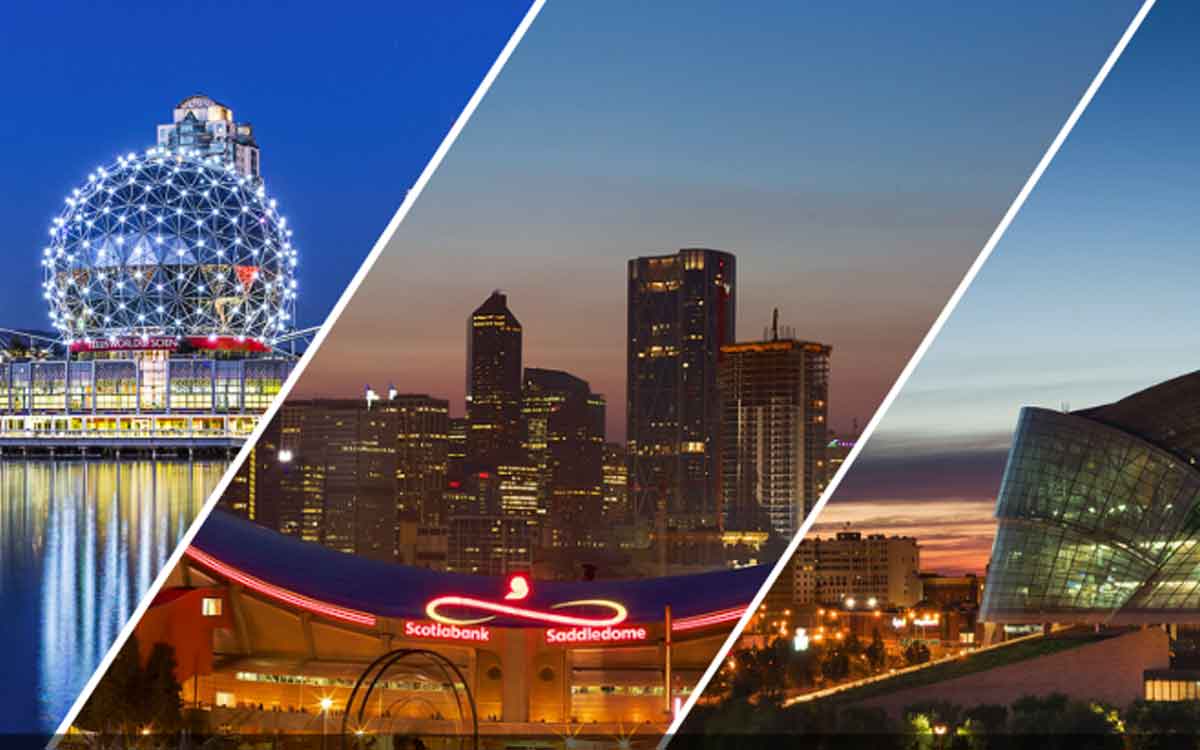