by Special to TNI 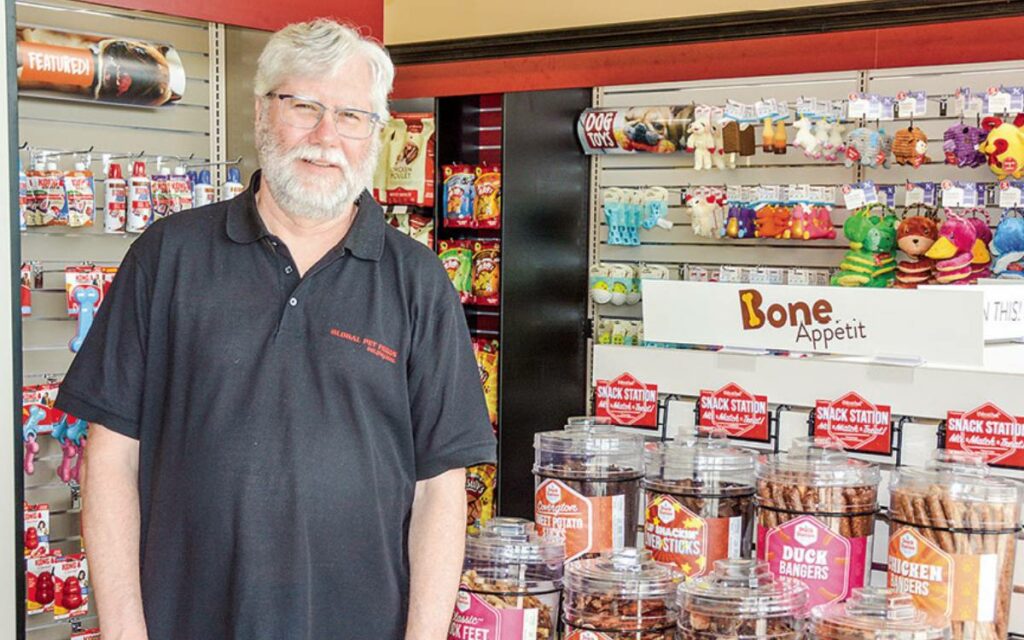 McFetridge opened his 2000-square-foot store in March, and has been pleased with the business coming through the doors. He stocks primarily dog and cat products, but does have some “bird and fish stuff, and food for rabbits and guinea pigs,” he said.

“I think there’s enough room for all the pet stores that are here in Pelham,” he said. “The market’s growing, and big enough for everybody. I also tend to stock a lot of brands that are from smaller, independent Canadian companies, and we’re price-competitive.” Special orders of unique products are also easily arranged.

Pet food is a second career for McFetridge. He has been in the book business for years, and has written a series of detective novels. He also wrote for television, including a show called Real Detectives, and a police drama for CTV called The Bridge.

“I worked at a series of crappy jobs across the country in my youth,” said McFetridge. “Then I went back to my hometown, Montreal, to attend Concordia University when I was 25, and studied English. At that point, I really wanted to be a writer, though I did work at other jobs. I was with the Association for Community Living, did some stints in group homes while I was in school, and worked in Burlington with ARC Industries after I graduated.”

He and his wife, an engineer, moved their family from the Beaches in Toronto to St. Catharines about four years ago, just as their sons were finishing high school.

“It looked like a great place,” he said. “So we moved to Niagara, and one of my sons has joined me in the pet food operation.”

McFetridge has always had an affinity for animals, dogs in particular. While writing novels, he was also volunteering for an organization that did animal rescues. He knows how pets are an integral component of family life for many people.

“I would take my dog, Luke, for a long walk in the afternoon, after writing all morning,” he said. “I would work out plot points and characters for my novels during the walks, and always used to joke with people that Luke was my co-writer. Sometimes I would tell Luke ideas while we’re at the dog park, and he would look at me as if to say ‘That’s not going to work.’ I guess I just came to the realization that it would be kind of neat to do some sort of work with pets full-time, and started to investigate the possibilities.”

McFetridge met with corporate reps at Global Pet Foods, and decided to purchase a franchise.

“The folks at Global actually suggested Fonthill to us as a store site,” he said.

There are two Global locations in St. Catharines, and one in Niagara Falls.

“It’s funny, but the pet food business in a way kind of reminds me of the book business from 20 years ago,” said McFetridge. “That was when Amazon started selling books online, and Chapters and Indigo started selling books in big-box stores. That really devastated the small independent book stores for quite a while. But now we are seeing small bookstores opening up again, and a movement to buying local with personalized service. Same with the pet food industry.”

McFetridge looks forward to conversing with his customers about their pets.

“Obviously, I like stories, and a really enjoyable part of this job is listening to customers tell their personal and amusing anecdotes about their dogs and cats. Sometimes the stories focus on a digestive problem, or some quirky behaviour.” 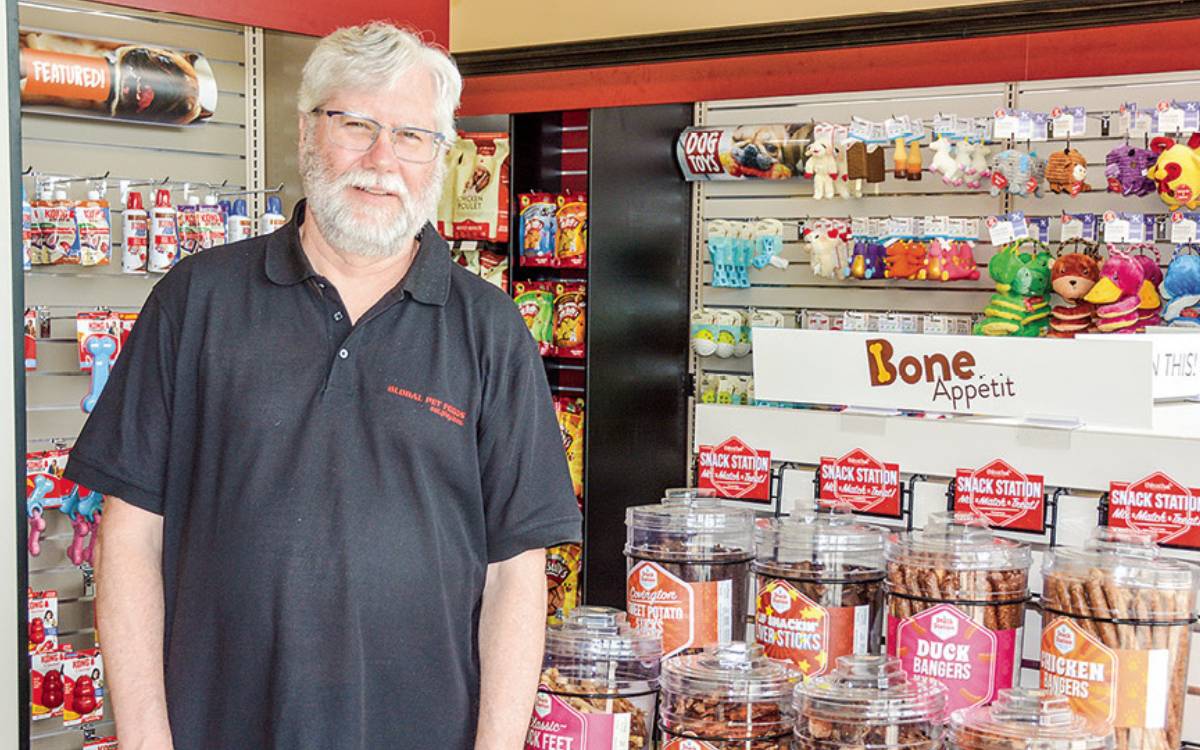