The party with taxpayers’ money must be put to bed 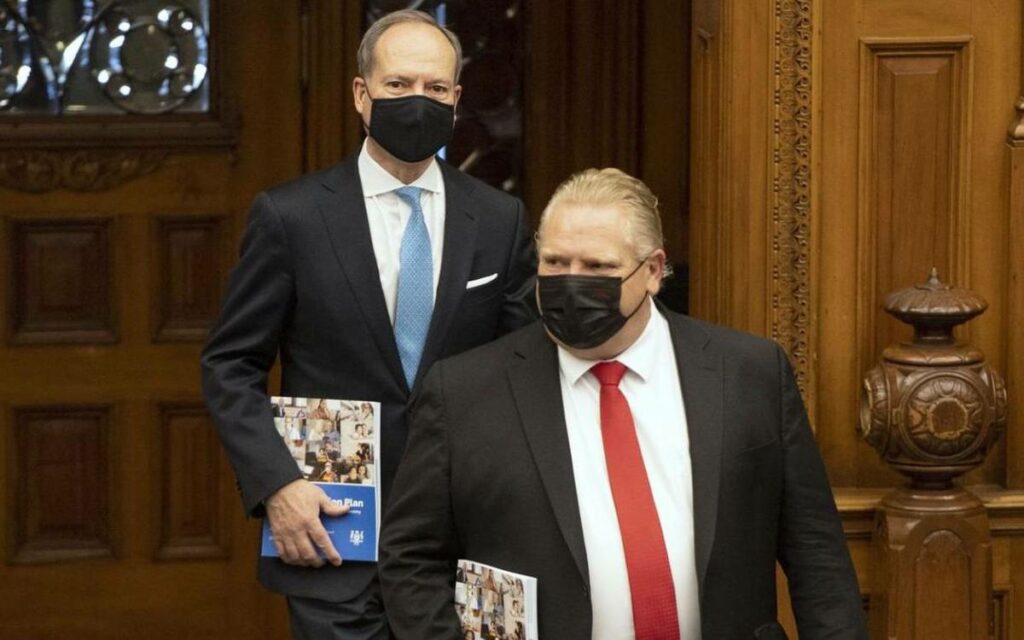 Ontario Premier Doug Ford promised to end the party with taxpayers’ money. Instead, he’s replaced the iPod playlist and chip dip with the booming beats of a live DJ and a laser light show.

When he was campaigning across the province during the 2018 election, Ford promised to end the government’s free-spending ways and restore fiscal responsibility to Queen’s Park.

“We are the most indebted region in the entire world,” said Ford. “There are billions of dollars being wasted. The party is over with the taxpayers’ money.”

Millions of voters gave Ford the mandate to put that party to bed.

But three years into Ford’s term, it appears as though former premier Kathleen Wynne was only getting the party started.

In its final year in office, the Wynne government proposed a spending plan of $158.5 billion.

The Ford government blew past that during its first year in office, which was well before the pandemic, by increasing Wynne’s budget by $5 billion.

So much for restraint.

The government felt that some new spending was needed to deal with the pandemic.

But the most concerning part of the budget is that it increases permanent government spending for years to come. The Ford government’s spending plan for 2023, for example, is now $12.4 billion greater than it was before the pandemic began.

The government expects to end its pandemic spending 2022. That means that extra spending has nothing to do with COVID-19.

There are plenty of ways the province could save money instead of growing the size of government debt.

With labour costs of over $72 billion, Ford should be asking government employees to share in the tough times.

Last year, hundreds of thousands of Ontarians lost their jobs. Thousands of others took pay cuts or saw their hours reduced.

Journalists at Postmedia took a 30 per cent pay cut, while automotive workers employed by Chrysler saw their salaries reduced by 20 per cent

But instead of cutting bureaucrat salaries, the Ford government increased them.

The sunshine list, which publishes the names of government employees making more than $100,000 a year, grew by a stunning 23 per cent last year. During the pandemic and lockdowns.

Another area where Ford has kept the party going is corporate welfare.

Last fall, the government of Ontario handed $295 million to the Ford Motor Company to upgrade a plant in Oakville even though the company planned to cut 400 positions.

That means Ontario paid a Fortune 500 company to end up with fewer jobs.

That’s like selling your brand-new iPhone 12 and paying even more for a decade-old BlackBerry Curve.

Everyone else has found savings during the downturn, so the Ford government can too. It could then reallocate those savings to hardworking taxpayers.

For $3.9 billion, Ontario could cut its provincial sales tax from eight per cent to seven per cent.

A typical family of four would stand to save $1,075 annually. For $2.3 billion, the Ford government could implement its 2018 election promise to reduce Ontario’s second income tax bracket, saving taxpayers up to $786 per year.

Taxpayers would obviously prefer tax cuts over increasing the salaries of bureaucrats or handing out money to one of the largest corporations on planet Earth.

Ford claimed he would end the party on the taxpayers’ dime, but instead he has turned a house party into a week-long warehouse rave.

Ford should stick to his promise to stand up for taxpayers, cut the size and cost of government and allow hard-working Ontarians to keep more of what we earn.

Jay Goldberg is currently Interim Ontario Director of the Canadian Taxpayers Federation (CTF). This article originally appeared on the CTF website May 11, 2021. Reprinted here with permission.