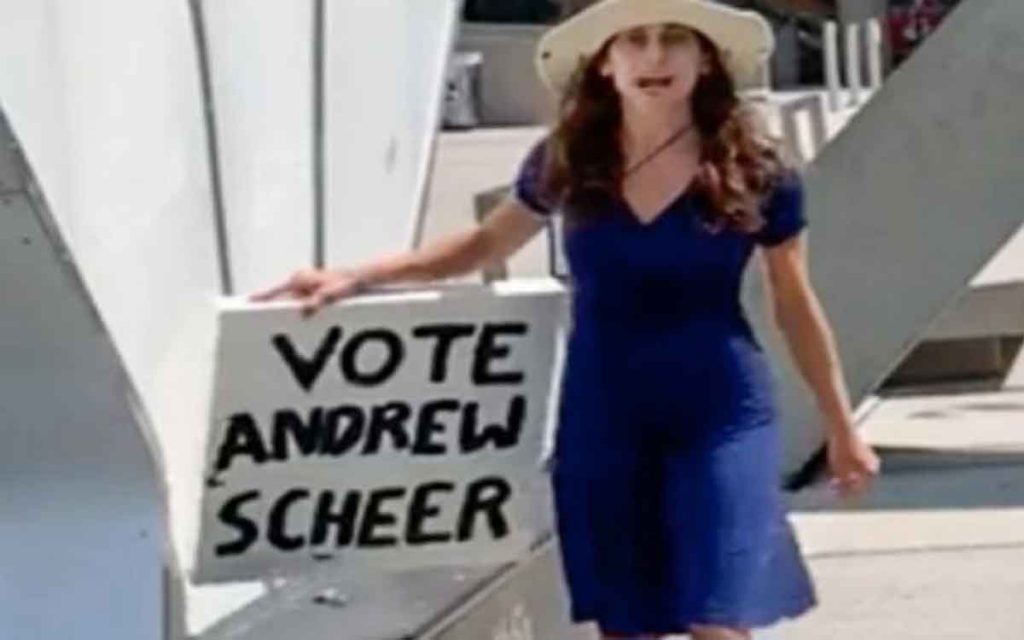 A woman stands outside of Toronto city hall posing as an Andrew Scheer supporter.

For months we have heard about the dangers of the spread of misinformation and disinformation on the internet as we head into the federal election.

Minister Karina Gould has even threatened shutting down certain sites during the writ period to combat the problem.

Earlier this week, we saw a troubling example of a kind of disinformation we should all be concerned with and should all do our part to debunk and combat.

A woman carrying an Andrew Scheer sign went on a racist tirade in downtown Toronto and spit on a bystander. The media in this country jumped on it and even called on Andrew Scheer to denounce the woman, although there was no evident connection to Scheer or the CPC other than her sign.

Several people, myself included, listened to our instincts that immediately told us something was off and that this smelled of a set up.

And lo and behold, within hours it was uncovered that this woman was a left wing activist who had only posted pro-CPC sentiments on her Facebook page in the 48 hours prior to her odd outburst.

The more we know about her, the more it looks like her claim to be a CPC supporter, amongst other things, is fraudulent and her racist attack contrived.

And yet, none of that is being reported by the media. Outlets continued to carry the story about her rant and her sign, and her arrest; but none are so much as mentioning that she appears to have done this in an ugly, deliberate attempt to discredit a political leader in this country weeks away from an election.

Isn’t that the kind of thing Minister Gould is against? Why hasn’t she said anything?

And sure enough, within hours of this woman’s background coming to light, there were members of the media saying we’d given this too much attention and it was time to move on.

The same media who were ready to dine out for days on this woman being a CPC supporter, now just wanted us to move along, nothing to see here folks.

To that I say, once it looked like she was a fraud, the story deserved at least as much attention as it would have received if she wasn’t a fraud. And you can be sure it wouldn’t be a one day story. And as someone else suggested, the people who called on Scheer to denounce this woman should now be calling on Trudeau to do so.

The efforts to set the record straight on this should at least equal in vigour the efforts to debunk the story that Justin Trudeau has been snubbed at the G20.

Anything short of that adds fuel to accusations of media bias and raises questions about how serious they are in truly combatting misinformation online.

It’s going to be a long writ period. 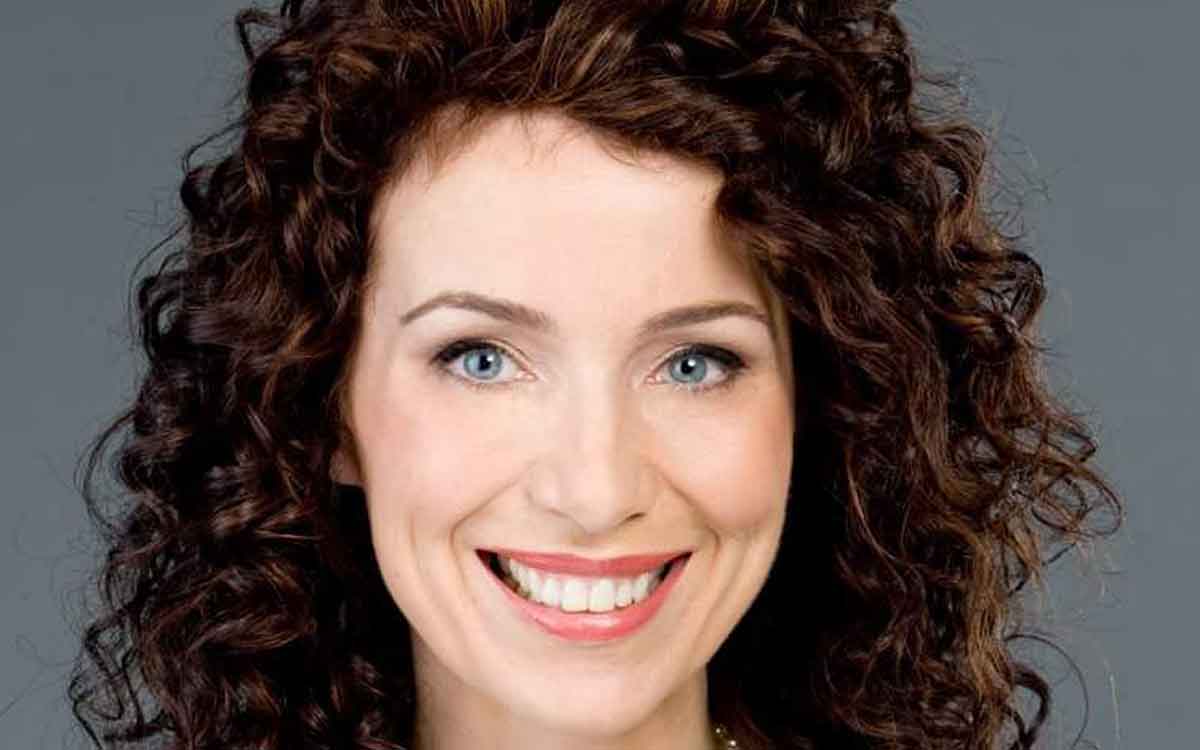 Jacqui Delaney worked on air in radio and television for 20 years including at Toronto’s Newstalk 1010 and hosting her own talk show on Sun News Network.  She left broadcasting to become Press Secretary to former Ontario PC Leader Tim Hudak in 2014. Jacqui currently works as a Director of Parliamentary Affairs for Conservative Senator Leo Housakos. 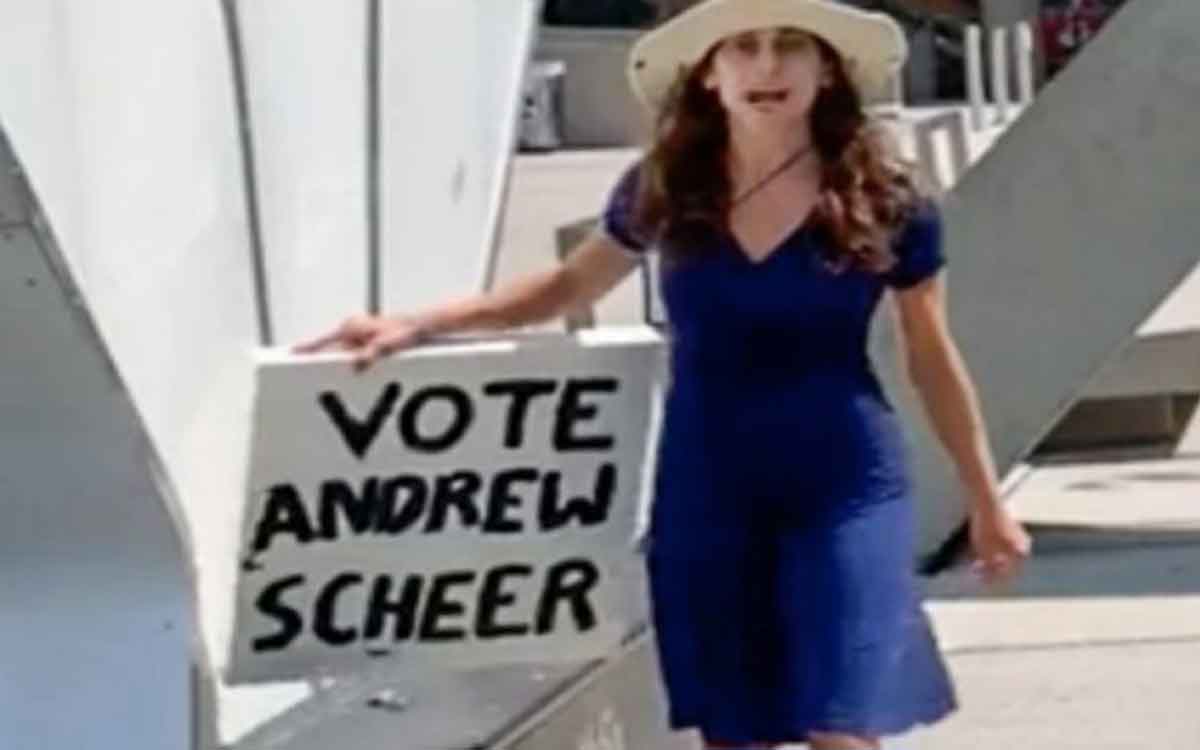