The Pop Shoppe has it right 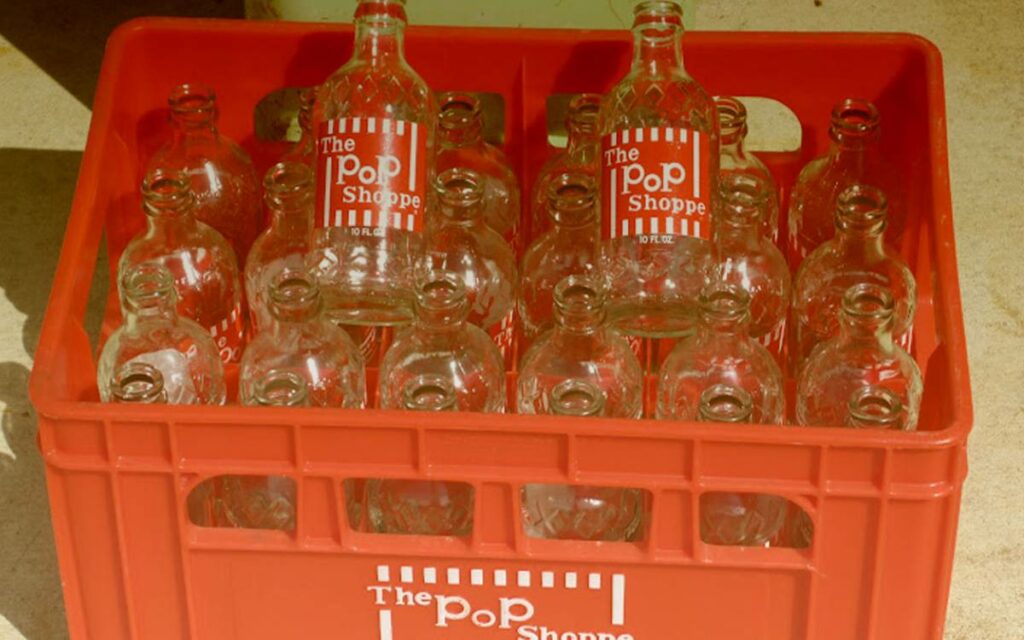 When I was a little boy I remember going to the lunch counter on Kingsville’s Main Street to get a pop with my older brother.

We likely spent too much of our money on hockey cards so we didn’t have enough left over for food or drink. However, we got Pop Shoppe sodas – cream soda is still my favourite – and they cost 20 cents with deposit or 15 cents if we drank them in the store and left the bottles behind.

You see Pop Shoppe had this ingenious thing called manufacturer responsible recycling. You’d pay for the deposit and if you didn’t return the bottle you lost your money, so there was an incentive to recycle.

This was long before the Woke crowd decided they were the only people who care about the environment and the only way to do that is through increased taxes.

My dad similarly went to the Brewer’s Retail further down Main Street (Kingsville is kind of small). The empties went in one side of the conveyor belt and full beers came out the other side just like magic. We were a Labatt Blue family in case you were wondering.

Later we moved to Calgary in the most right-wing and obviously environment hating province in Canada; if you ask any Woke that is. In Calgary they didn’t have Pop Shoppes, or at least none that I remember, and while you could return beer, wine and liquor bottles, it had to be in the back ally behind the government store.

Yet while Calgary – all of Alberta for that matter – might not have had Pop Shoppes, you paid a deposit on pop cans and could return these to recycling depots. Yes, in Alberta you can return pop cans, pop bottles, liquor bottles, beer bottles and wine bottles and you were, and still are, incentivised to do this through a return of your deposit.

Later I worked at my dad’s car dealership as a parts driver and one of my jobs was to pick up “core returns”.  These are parts of cars that you pay a deposit on and are then reimbursed that deposit when you return the parts. Returns work the same for batteries and tires in some places.

These are all systems that have worked very well for time immemorial and have diverted much from landfills because people are incentivised to return used goods and get money back.

Then came the Woke crowd. This group that believes taxes and government programs are the only way to help the environment and clearly know nothing about the market economy.

Suddenly everywhere people started paying taxes for Blue and Green Box recycling. The idea is to take all of your used recycling goods and throw them into a special bin to be recycled and diverted from landfills.

Then, in Ontario anyway, they came up with Eco-Taxes. These were mostly hidden charges attached to everything from Double-A batteries to cell phones, and from televisions to computer modems. There were literally tens of thousands of taxes added on by the Dalton McGuinty Ontario Liberal government – that is until those of us in the Ontario PC opposition and the media found out about them.

It was kind of funny. Mr. McGuinty signed the “no new taxes” pledge before the 2007 election. In 2011 we added eco-taxes, health tax and others to a tax scroll and rolled it out of the steps at the front of Queen’s Park with the tax pledge at the top and a list of Mr. McGuinty’s new taxes. The scroll was 60 feet long.

But I digress. Eco-Taxes, just like the Blue and Green Box systems, were collected with the hope that the goods that are taxed would be recycled. More often than not these goods ended up in landfills further polluting the environment.

The problem is, if people are not incentivised to do things, they probably won’t. Additionally, there are a multitude of stories about how the goods placed in grey and blue boxes are too difficult and time consuming to sort, so they end up in landfills.

The average person doesn’t know or take the time to research what goes in what box or what can or cannot be recycled. I admit I’m one of those people, though I fill my green/blue/grey boxes up dutifully each week. What happens to those goods is anyone’s guess.

Then we get into single use plastics – what many of us in Canada hoped Prime Minister Justin Trudeau was before he got re-elected.

Walk down any street in Ontario and look into a trash bin and I guarantee you’ll see empty water bottles scattered amongst the garbage. Something you don’t see in hard right Alberta.

Why not you ask? Because you pay a deposit on them and they get returned to a recycling depot. The same goes for milk jugs, tetra packs, pop cans and bottles, just about anything you can drink out of gets recycled in Alberta because people are incentivised to do so – not simply punished through taxes. You know, the woke way.

Now Ontario Environment Minister Jeff Yurek – someone I have a lot of time for – has decided to go to a producer responsible system to deal with recycled goods.

The idea is to shift the costs of waste to the producers of that waste making those who create the issue responsible for solving it and encouraging them to find better and more enlightened ways to do things, because simply raising taxes and fees doesn’t work.

What does? Well Pop Shoppe, the Beer Store nee Brewers Retail, the auto industry. Alberta has been showing us the way for years.

Perhaps that and not last year’s incessant rallies is the road those who truly care about the planet should be marching down.