The public panic is likely to come 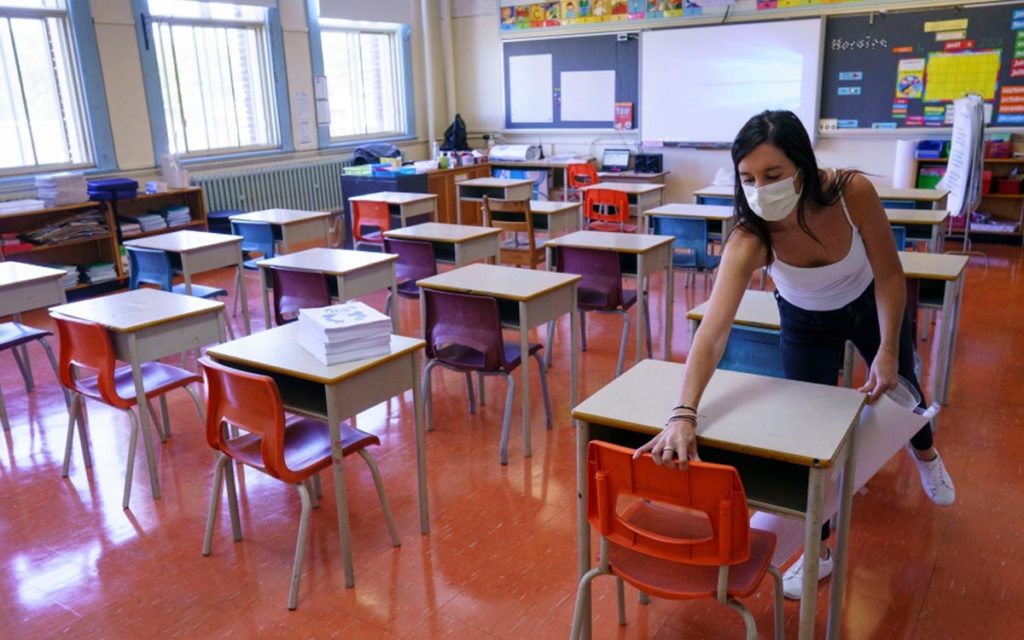 A teacher arranges the desks in line with physical distancing policy in her class in preparation for the new school year. Photo: THE CANADIAN PRESS/Paul Chiasson

Each year when kids go back to school there is always a corresponding crisis in governments – flooded hospital emergency rooms.

My most intimate relationship with this fact came from my time running northern communications from Prince George for the British Columbia Government.

The emergency room experienced multiple “Code Orange” events – basically the emergency room was swamped and the corresponding colour is a crash code. These particular events all took place in early September – though they can happen any time.

Doing a little digging I learned the events often happen at the start of a school year. It seems helicopter parents send their kids to school. The kids come home with a scrapped knee or elbow during recess and boom, straight off to emergency.

Child has a sniffle and boom off to emergency.

So many kids being rushed to emergency that the rooms crash under the pressure.

Now this was a few years ago, but I don’t believe anything in human nature has changed so drastically that this doesn’t still happen today.

With this in mind I have been very cautious about the Government of Ontario’s back to school plans. Not because I don’t believe Premier Doug Ford and Education Minister Stephen Lecce haven’t done a really good job, but rather because I know the public panic that is likely to come.

Imagine, in the middle of a pandemic, emergency rooms start crashing with an influx of children being rushed in because of runny noses and parents convinced they have COVID.

Headlines in every news paper, lead stories on every TV news show declaring “possible” COVID outbreaks complete with crying parents damming the government for giving their children the disease – in a round about way.

The obvious and unanswerable questions put to government calling on them to declare whether a school is in an outbreak situation – when of course they can’t make that declaration either way. That is done by provincial Health Units.

Then reporters declaring government is obfuscating leading to one of the Premier’s more open moments when he says something like; “Are you people nuts?”

This will bring on the “Doug Ford doesn’t take children’s’ lives seriously claims” … inevitable protests at Queen’s Park supported by the NDP – with or without masks by the way.

Then on comes the not so secret education union cabal. A group that would protest a sunny day during the best of times, now with “real” ammunition to attack the premier.

And I’ll note that this has happened to every premier that has ever premiered. No matter the political stripe, the scads of money thrown at teachers or the number of students in classrooms, the job of a teachers’ union is to complain.

Taxpayer funded complaints that call for more taxpayer funding. So they are actually complaints about all of us as taxpayers, after all, we supply the money the government gives them and if we would just turn over our entire paycheques then maybe the teachers unions will get what they want – somehow I doubt it though.

As a result and regardless of the policy, the steps taken to get to that policy or the money spent and doctors engaged, I can’t see how back-to-school won’t turn into a public disaster. Through no fault of the government, one that has lead Canada in terms of provincial response to the crisis even by the most critical of opponents views.

Well not Stephen Del Duca’s. Don’t know who that is? Do a Google search, that’s Stephen with a “PH” not a “V.”

But in all seriousness physical distancing is in place, masks are to be worn, hand sanitizers are everywhere and there are several steps being put in place to deal with the inevitable Covid-19 cases.

The province has developed high-level procedures – many that are actually very detailed – and then are leaving it up to individual school boards to enact them. This by the way is the right way to do it and a major complaint of the teachers unions according to their taxpayer funded radio attack ads.

The reason for individual school boards enacting procedures based on provincial guidelines and community realities is simple.  The school boards are not on their own. They will be working with Provincial Health Units, a key thing to remember as Sally and Johnny head back to class.

That doesn’t mean all of the procedures will not be followed the same across the province. It just means there are different risk factors depending on where you live.

Inner-city Toronto schools may have a higher risk factor than Upper Canada College for example.

This is where the teacher unions can provide actual and real support. Work with government to support greater vigilance from teachers working in classrooms.

Yes that means going above what they are usually paid for, but these are not normal times and we all are in this together.

Put the weapons of mass taxation away and work with government to make sure schools, kids and teachers are safe as possible.

For the rest of us, read the plan. Understand that if this pandemic has taught us anything it is that things can change minute-to-minute. That means things that seemed like a good idea two weeks ago might not be today.

Heck it means what we think today could be proven to be bat guano loco tomorrow – remember when they said we didn’t need to wear masks?

Personally I believe Mr. Ford, Mr. Lecce and the multitude of health officials when they say they have looked at everything and this is a comprehensive plan.

I also agree with parents who are no doubt scared to send their kids to school.

None of this is easy; there will be cases of COVID-19 in schools. The way we react and respond to that will be key to keeping kids safe. 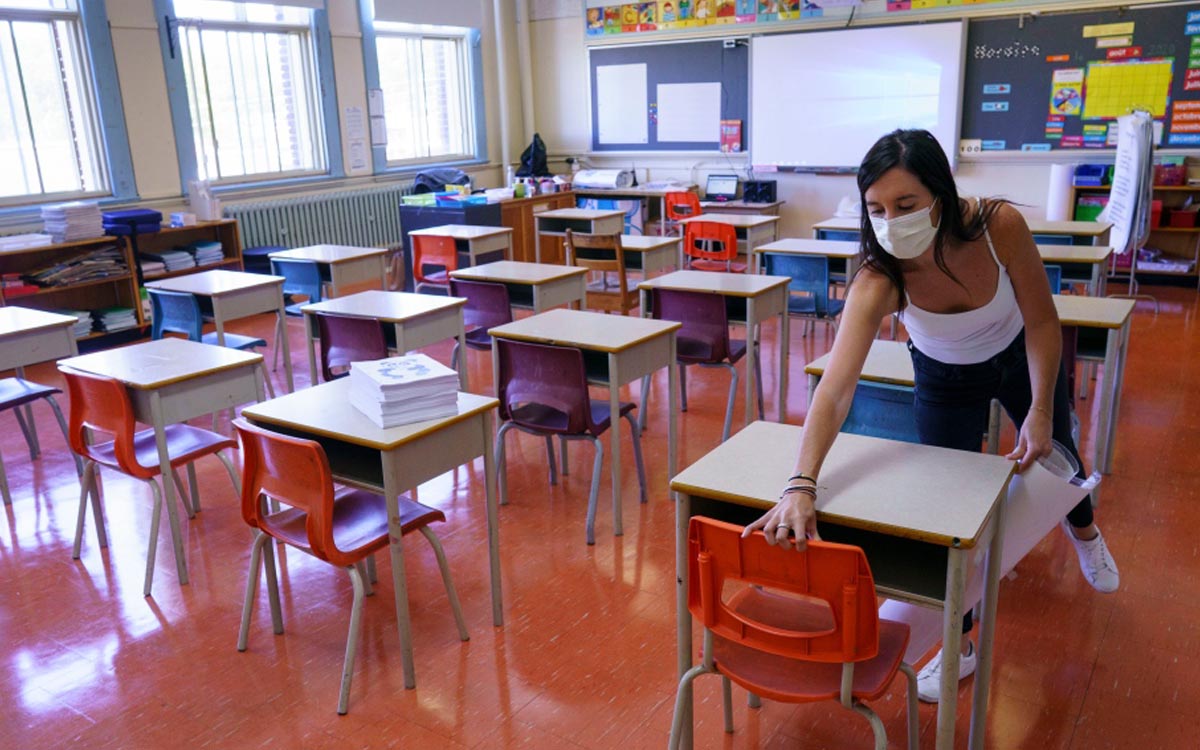