The real ‘Great Reset’ that terrifies the Trudeau Liberals 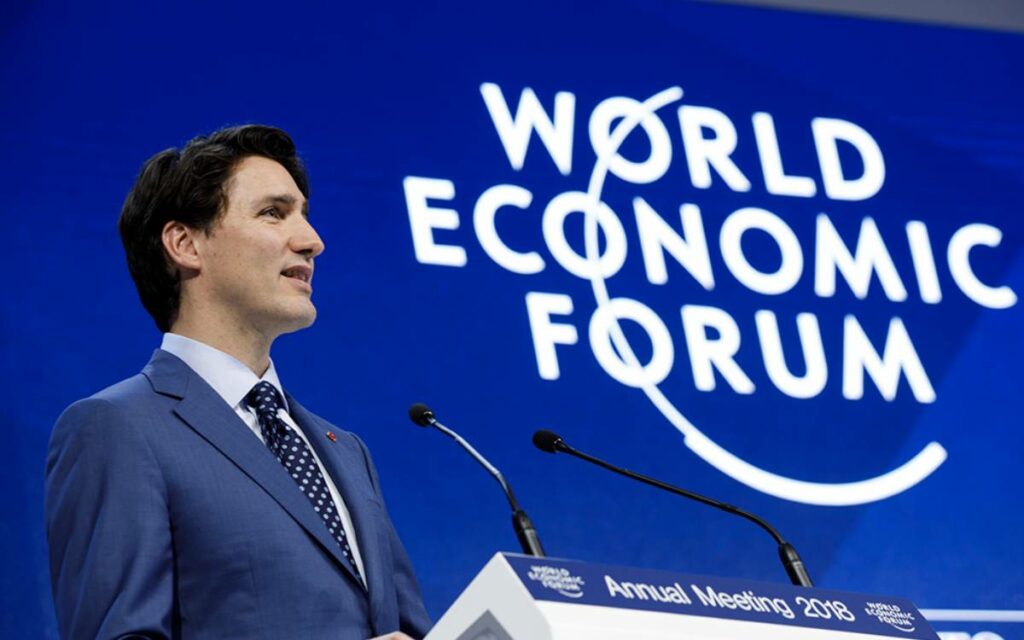 Prime Minister Justin Trudeau and his ilk long for the kind of worldwide socioeconomic reorganization championed by the WEF and similar enterprises, however, the very phenomenon that would enable such a monumental shift – namely, globalism – is breaking down at every turn. The trends and policies that are emerging in its place may well coalesce in a ‘Great Reset’ quite unlike the vision of Klaus Schwab. Photo credit: PMO/Adam Scotti

The Trudeau government has spent the past seven years advocating for the expansion of globalism. International institutions such as the United Nations, World Economic Forum and World Health Organization are praised by Canada’s Liberals as champions of equity, environmental activism, and world peace. Moreover, Prime Minister Justin Trudeau and high-ranking cabinet members have repeatedly stated that the painful challenges of our day, including the pandemic, skyrocketing inflation and a worldwide energy crisis, are actually opportunities to reimagine economic systems and accelerate green transitions.

These sentiments are not merely disrespectful and out-of-touch with the lived experiences of millions of Canadians. They are also completely detached from reality. The world has entered a period of monumental change. Globalism is dying. Most countries know this fact. Canada should be working alongside allies and partners to ensure economic stability and maximum security for the rocky years that lay ahead. Unfortunately, our leaders appear blind to what is coming down the pike.

It is no secret that the United States has become increasingly inward-focused. Many claim this is counterintuitive to American interests. What is sometimes misunderstood, however, is that America’s economy does not need globalism to succeed. In his latest book, The end of the world is just the beginning: mapping the collapse of globalization, geopolitical analyst Peter Zeihan explains that American support for globalism was primarily a defence policy, not an economic strategy. The United States agreed to protect the trading routes of any nation that would join its pact against the Soviet Union.

This approach worked fairly well throughout the Cold War. It has now, however, become quite unpopular among grassroots Americans. Job loss, unfair competition and human rights concerns are on people’s minds. Citizens have also grown weary of sending their kids to fight foreign wars. Finally, the internal division within the nation itself is arguably approaching its highest level since the Civil War. And let’s face it, how hard is it to take on the problems of the village when your own house is on fire?

For these reasons, and more, the United States has returned to isolationism. Some may point to bilateral initiatives by the Biden Administration and raise the possibility of a trend reversal. Truthfully, however, the point of no return passed more than ten years ago when President Obama abandoned the “capability to fight two wars simultaneously” defence blueprint (more on this in a future column). Globalism cannot be maintained without ironclad American security guarantees. Therefore, for all intents and purposes, the gravy train is over.

The European Union is a broad alliance with members from all regions of the continent. While some countries are sympathetic to the cultural revisionist and green agendas touted by North American entities, other European states uphold traditional values. Progressive EU members have forced the entire alliance to adhere to many of their espoused ideals. The result?

Europe is poised to experience a big shift in the months and years to come. It is not inconceivable that the EU itself could soon dissolve. And make no mistake, the reverberations of such a divorce cannot be overstated. How does globalism survive?

Finally, there are authoritarian regimes. They do not have much of an interest in globalist institutions such as the UN, WEF, WHO, etc. These organizations simply do not help such nations realize their objectives. Most notably, however, these countries actually consider globalism as a threat to their national interests.

Russia, China, and Iran boast lucrative oil industries. The fact that global institutions, led by American and democratic allies, increasingly endorse the complete phasing out of fossil fuels, is a source of enormous tension. These governments are also opposed to many western social values. It is their goal to replace the world order created by American allies after World War II.

International institutions require the endorsement of the main world superpowers. The Soviet Union and China, even during the most frigid moments of the Cold War, maintained some willingness to engage internationally. However, the Russian invasion of Ukraine, the resulting sanctions, axed climate cooperation between China and the West, as well as the prospective Russo-Sino space partnership, demonstrate that the world’s authoritarian powers have now left the building. Goodbye, globalism.

The world is reverting to a regionalized power system. The Americans, Chinese and Russians appear the most likely candidates to lead their own spheres of influence. A post-EU Europe would serve as a breeding ground for the resurrection of old empires/alliances. India would probably pursue a status of neutrality. Israel, the broader Middle East, as well as Africa, will likely be the subject of dispute and conflict.

It is of little surprise that these eventualities are about as paradoxical as it gets to the globalist idyll that Team Trudeau dreams about. Harnessing success in this brave new world will depend on the ability of a nation to develop its natural resources, maintain cutting-edge defence capabilities, and foster a common identity among its citizenry. It will also demand a recognition of the fact that we will never be able to force other nations to adopt our climate policies. Most of all, however, it requires that our leaders become content with leading this nation and end their pitifully forlorn and abject pursuit of global pre-eminence. This, of course, would involve the elites giving up everything they have sought to build for the past three decades.

The breakdown of globalism is coming in the form of a Great Reset that is vastly different from what most people would associate with the term. Our representatives must decide whether to accept the return of regionalized power realms and work alongside everyday folk to secure the future for our children and grandchildren, or double down on their globalist chimera and, sooner or later, face the prospect of the greatest electoral defeat(s) in Canadian history. It would seem that this Liberal government is banking on its ability to avoid the fate of the second scenario without making any compensation for the changing tides brought about by the first. Good luck to them!