The shocking cost of electrification 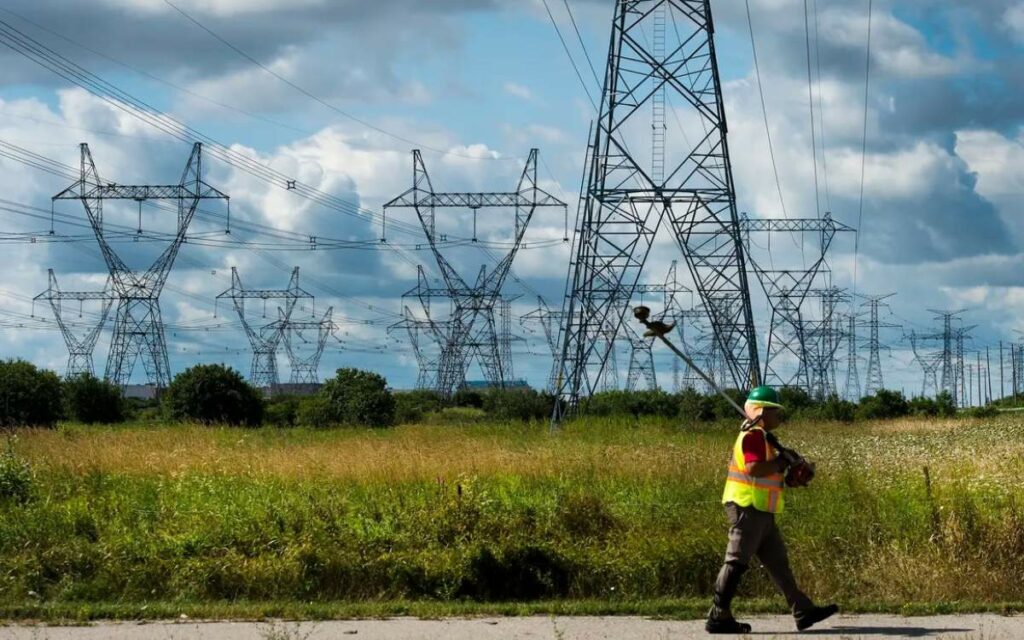 Decarbonizing Ontario’s already clean electricity system would not only be shockingly expensive, but it would also significantly reduce reliability. Photo credit: The Canadian Press/Nathan Denette

Ontario’s Independent Electricity System Operator (IESO), the Crown corporation responsible for operating the electricity market in the province, recently published a study responding to the Energy Minister’s request to consider the impact of a moratorium on new natural gas power generation and examine how decarbonization could be achieved. The study, entitled Pathways to Decarbonization, specifically looked at how a moratorium as of 2027 on natural gas generation would impact the system.  The full study can be found here.

Ontario already has one of the cleanest electricity systems in the world and is currently 94 per cent emissions-free. This is largely the result of phasing out coal-generated power and a heavy reliance on clean nuclear energy, which is responsible for over half of total electricity generation. Nevertheless, environmental lobbyists are now focussing on phasing out natural gas, which currently accounts for less than 10 per cent of total electricity produced. Despite all of the investment in wind and solar capacity, energy actually produced by these sources remains low at less than 10 per cent as they continue to be unreliable while increasing prices substantially for consumers and businesses.

Environmental groups are currently promoting the goal of eliminating natural gas from the energy mix in Ontario by 2030. An earlier IESO report analyzed this possibility and identified a number of serious impacts that would result. The report deemed that a significant and expensive overhaul of the electricity system would be required and increase reliance on technologies such as small nuclear reactors and storage, which are currently in the developmental stage. The IESO also expected that ridding the system of natural gas in this short time period would lead to blackouts and general unreliability. It was also estimated to increase residential electric bills by at least 60 per cent. Clearly the notion of phasing out gas generation by 2030 is impossible without major negative repercussions, as virtually all of the environmental movement’s goals have proven to be to date.

The more recent IESO analysis on decarbonization also identifies the many challenges to reach a goal of totally getting rid of fossil fuel electricity generation by 2050. It determined that although the system could become somewhat less reliant on natural gas by 2035, natural gas would still have an important role going forward.

Natural gas is key to reliability of the system, as it is able to provide continuous energy at any time of year and under any weather conditions. It also is highly flexible as it can be ramped up or down quickly to respond to changes in demand and helps to stabilize the electricity grid. As a result, the IESO believes that natural gas facilities will be required for the foreseeable future, barring technological innovations that introduce new and reliable replacements. The IESO also notes that lessons from the previous shut-down of coal facilities indicate that many years will be needed to make these energy transitions if reliability of the system is to be maintained.

The IESO also foresees the need for a massive expansion of the province’s current transmission and distribution systems to get even close to decarbonization, which would require more than doubling Ontario’s current capacity. It concluded that a great deal of intensive planning would be required to manage such a transition from now until 2050, and notes that currently there is no adequate replacement available for natural gas. As for cost, this analysis estimates that it would take between $375 billion to $425 billion for new infrastructure investment, a massive amount of money.

Reading the IESO report on decarbonization of Ontario’s electricity system, it becomes clear how very difficult and costly such a goal will be to achieve. The risks are great and the possibility of such a transition leading to an unreliable electricity system would be devastating for the province’s economy and households. Furthermore, the need to continue to incorporate a role for reliable, affordable natural gas puts the lie to environmentalists’ claims that having a system free of fossil fuels is possible without major negative impacts and massive costs.

The important message of this study is to proceed carefully, slowly, and thoughtfully when such drastic energy transitions are being considered, and not to buy into the environmental lobby’s claims of a painless, inexpensive green promised land.