The state of the unions 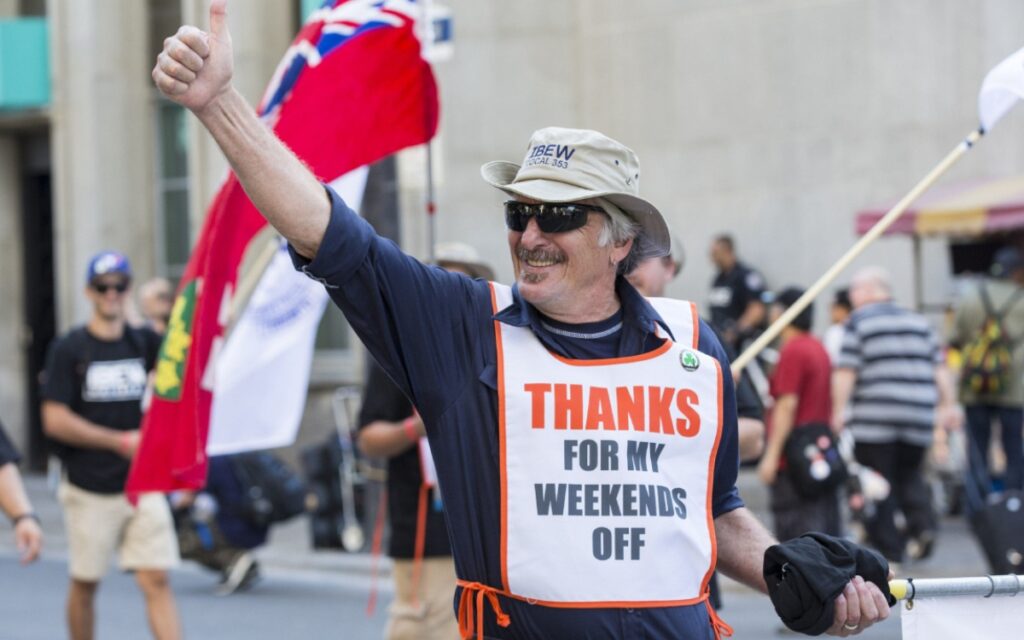 At right around 31 per cent, Canada has one of the world’s highest unionization rates. However, not all Canadian sectors are created equal, with a stark contrast in rates between the private versus public sectors. Photo credit: Toronto Star/Bernard Weil

In honour of Labour Day, it’s worth having a look at what Canadian labour unions are up to these days.

Unionization in general has been declining in Canada for decades, from a high of close to 40 per cent in the 1980s, to just over 30 per cent in 2021. Although there have been some reports that unionization received a boost in private sector companies during the pandemic as employees felt less secure about their jobs and believed unions would help increase their job security, some recent data from Statistics Canada suggests that was not the case.

Canada continues to have a relatively high unionization rate compared to other countries due to overly pro-union legislation and the presence of a large public sector. Factors such as the lack of financial transparency rules for unions, no secret ballot requirements for union certification in some jurisdictions and sectors and the fact that mandatory union dues payment is still the law regardless of the wishes of employees mean that Canada is one of the most union-friendly jurisdictions in the developed world.

Many factors have led to the reduction in unionization in private companies in recent years, including intensified international competition and technological change which eliminated many jobs permanently while enhancing productivity. Government faces no such competition and public sector adoption of efficiency-enhancing technology is slow in part because of the lack of competitors plus the fact that unions consistently fight any technological improvements that would replace employees and therefore reduce the number of union dues-paying members.

The fact that unions protect incompetent employees and consistently oppose performance measurement are undoubtedly some of the reasons we have seen such a marked deterioration in the quality of public services over time despite the sizeable increases in tax dollars spent on these services.

Other labour market developments show why these trends in unionization rates are bad news for the majority of Canadians who are private sector taxpayers. A study released this week by the Fraser Institute found that over the period from February 2020 to July 2022, fully 86.7 per cent of all new jobs in Canada were in the public sector. During this time, overall government employment increased by 9.4 per cent while private sector jobs, including the self-employed, grew by an anemic 0.4 per cent. This translates into 366,800 more government jobs and only 56,100 private sector jobs. Considering that just over 20 per cent of workers in Canada are employed by government, this is a very dramatic difference.

While some politicians have been boasting about record-low unemployment rates in Canada, the dominance of public sector employment means that the economy is much weaker than if new job growth were more balanced between the private and public sectors.

As indicated in other data, the Fraser analysis also underlines the decimation of self-employment during the pandemic. As self-employment is a good indicator of the level of entrepreneurship, this does not bode well for economic and private sector job growth in the coming years.

Clearly these trends cannot continue without precipitating a major crisis, especially considering the high level of government debt and a fragile economy. Salary and benefit data show that on average, public sector employees are significantly better compensated than their private sector counterparts. Most government pension plans are seriously underfunded and current dismal investment sector performance will only worsen an already-difficult situation. As well, many government collective bargaining agreements incorporate automatic adjustments for inflation, which will merely add to the serious inflationary pressures already plaguing the Canadian economy and our standard of living.

Despite the incessant whining from the unions about non-existent “cuts” to government spending, public sector costs have been increasing at an unsustainable pace for some time and are long overdue for a significant correction. Any government that does not make this issue a top priority for urgent action does not deserve support. Oh, and I almost forgot – Happy Labour Day!