The things we learn – after the vote 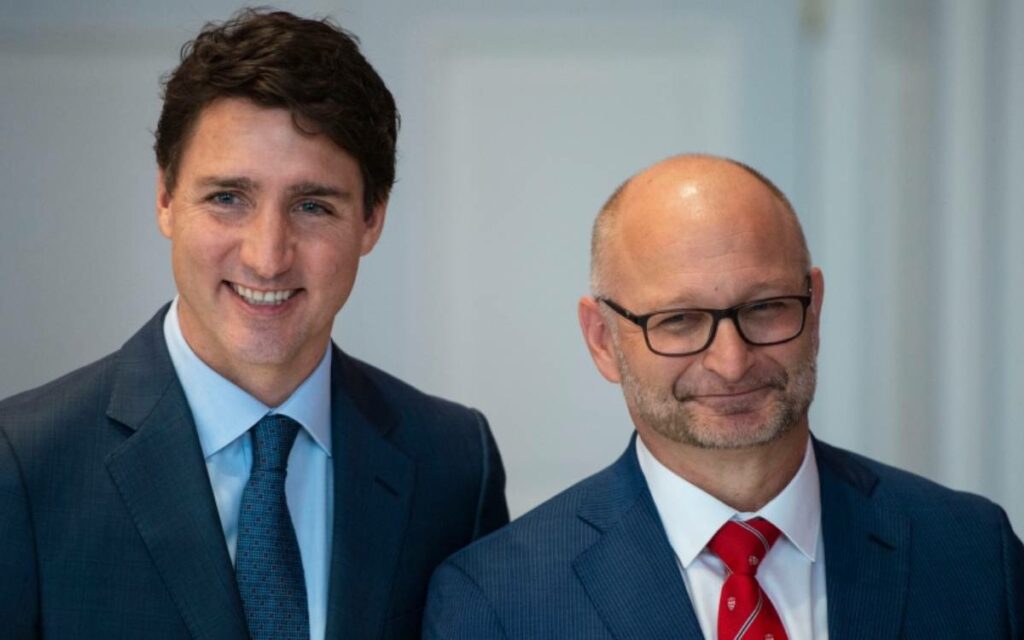 It was just days after Canadians voted and, remarkably, three news stories surfaced that shone new light on past clandestine activities of the Trudeau government. Within a single week there were headlines about the-behind-the-scenes administration of justice, our country’s changing immigration policy, and the PMO’s political maneuvers in the early days of the pandemic.

On justice and SNC Lavalin

It was only three days after the election that the RCMP made arrests and charged two senior SNC Lavalin executives and the company in relation to the RCMP bribery investigation involving Montreal’s Jacques Cartier Bridge. Thursday morning the charges of fraud and conspiracy were made public and the very same day Canada’s Justice Minister, the re-elected Montreal MP David Lametti, offered SNC Lavalin a deal to avoid further legal action.

The backstory begins in a 2017 court case, in which Michel Fournier, the former Federal Bridges Authority head, pleaded guilty to receiving $2.3 million in kickbacks from SNC Lavalin for work on the Jacques-Cartier Bridge. (He was sentenced to five-and-a-half years in prison but received full parole.) With Fournier’s conviction, the federal government had grounds but did not proceed with laying bribery charges against the company. Instead, the government directed a RCMP investigation of the affair.

Meanwhile, in 2018 the Trudeau cabinet wrote a new measure for the country’s Criminal Code that would permit the federal government to reach “deferred prosecution agreements” and arrange out of court settlements. In effect, they were dealing themselves a “get out of jail free” card to play at their discretion.

It is a deferred prosecution agreement that Lametti offered SNC Lavalin last week – and the minister provided a curt “no comment” on his powerplay.

In an unrelated case involving the same Quebec firm, recall that in 2018 the Prime Minister’s Office applied an intense lobbying campaign to have former Justice Minister Jody Wilson-Raybould excuse SNC Lavalin from its bribery charges related to work in Libya. Wilson-Raybould’s refusal to do so led to a cabinet shuffle and the arrival of David Lametti, who the PM entrusted to manage the SNC Lavalin file going forward.

On new immigration and refugee policies

In another story that broke four days after the election, long-time political columnist for Sun Media, Lorne Gunter, revealed that the Trudeau government is about to remove all screening guidelines to vet arriving immigrants and refugees. Under the new guidelines, there is an expansion of the grounds immigrants can enter the country, and a direction for judges to rubber stamp immigrants’ appeals to remain in the country as “intersectional” claims.

Gunter has uncovered in internal emails from a senior official with the Immigration and Refugee Board of Canada that “no longer will claimants need to prove, for instance, that they face torture or death if forced to return to their home countries. Nor will they have to satisfy the UN’s definition of a “refugee.””

In the future, Gunter explains that Canada’s immigration judges “essentially, must now say yes to everyone who makes it to Canadian soil.” If the immigrant or refugee claims they are a victim of two or more of a broad range of abuses, then they are permitted to stay. The intersectional claims can be any perceived wrong relating to “race, religion, indigeneity, political beliefs, socioeconomic status, age, sexual orientation, culture, disability, or immigration status.”

This news story was not reported by CBC or any of the major Canadian newsrooms. However, it is an important adjunct to the larger story about the Trudeau government’s plans to dramatically increase Canada’s immigration numbers in the short term. In the last three years almost a million immigrants entered the country and in the next three years more than 1.2 million immigrants will find their way to Canada. Statistics Canada estimates by 2036 immigrants could represent 30 per cent of all Canadians and, by 2068, the country’s population could reach 55 million people – an increase of 37.1 million largely through immigration.

Although there was no discussion about immigration policies in the election, the internal plans uncovered last week by Sun Media reveal the set plan now underway to accept historic numbers of immigrants.

On the PMO’s pandemic politics

Also in the week following the election, Canadians began to learn about a troubling story that played out in the early months of the COVID-19 health crisis. Ottawa’s investigative news agency Blacklock’s Reporter has pieced together that in March 2020 the Prime Minister’s Office engaged in a political sleight of hand with the Province of Quebec while hiding the truth from other premiers and the public. More disturbing is the extended thought that, in those early months of the pandemic, for political reasons, federal officials misled Canadians on a critical health and safety issue.

Through February and March 2020, as the news of the global pandemic was breaking in North America, Canadians were repeatedly being told by the country’s Chief Medical Officer Dr. Theresa Tam that there was no need to use masks as a health measure. As late as April 3, 2020 Dr. Tam said masks were not scientifically proven to prevent COVID-19 spread.

As Dr. Tam was advising Canadians against masks, we now know the PMO was managing a supply crisis of its own doing behind closed doors. From a series of PMO emails dated in March, we know the PM’s staff was concerned over “a massive shortage of personal protective equipment … Doctors and hospitals are saying they don’t have it themselves. We are going to have to make choices.”

Yet the PMO had already made the decision earlier in the month to give preferential treatment to Quebec. The Department of Foreign Affairs had a stockpile of 400,000 surgical masks and they were quietly shipped to La Belle Province.

In another email, an advisor to the PM foresaw political backlash, “We can probably expect Québec and perhaps some other provinces to publicly say in the media, ‘Hey, we asked for stuff and we’re not getting it,’ and we should be careful about what we say in response.”

In fact, in early April, Ontario Premier Doug Ford asked the PM for Ontarians’ “fair share” of PPEs. The premier’s public plea was rebuked by the federal health minister and others as political grandstanding. The response from federal health officials was that the science concerning the effectiveness of masks was still unclear.

For the first week of a re-elected government, this is quite a string of headlines revealing untold stories. Oh, the things we learn – after the vote.