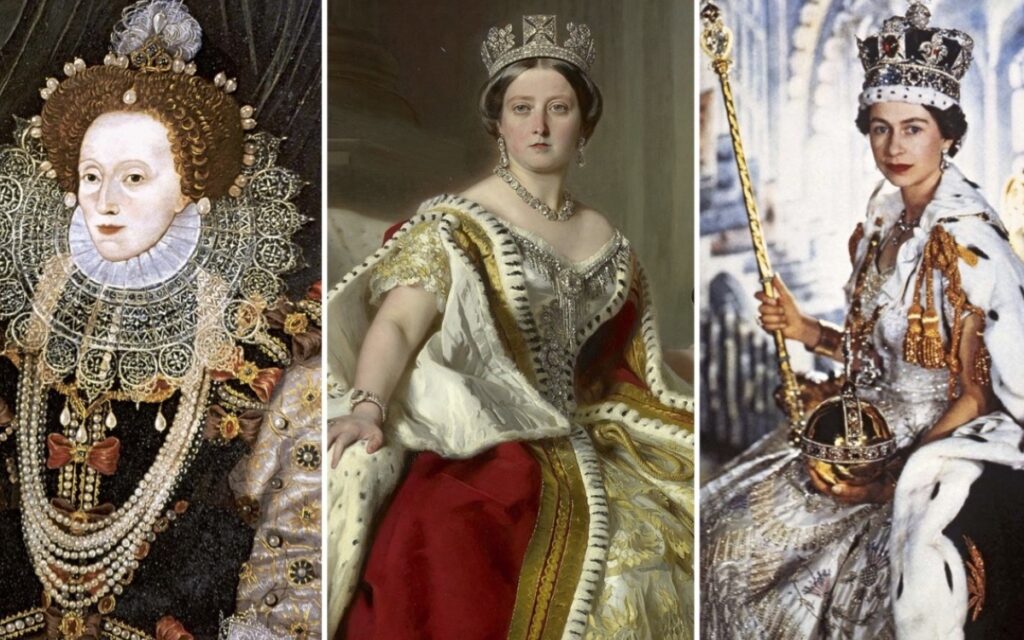 Britain, Canada and the entire Commonwealth are mourning the death of Her Majesty the Queen. Her passing marks the end of seven decades defined by innovation, economic prosperity and unprecedented world peace. There have been numerous exceptional monarchs that have risen to power during critical times in British history. What is perhaps the most remarkable, however, is that in the midst of dozens of Kings, the three grandest heads of state were likely women. Here’s why.

Queen Elizabeth I, Queen Victoria and Queen Elizabeth II reigned for a cumulative 177 years. Each sovereign contended with monumental challenges that were unique to her times. The consequential decisions made, the leadership provided, and the vision for the future secured, repeatedly changed the course of western civilization.

Queen Elizabeth I was coronated mere decades after the Protestant Reformation. The British nation was deeply divided on religious grounds. Her Majesty encouraged skillful mediation and facilitated peaceful co-existence between feuding Catholics, Puritans and increasingly diverse faith communities throughout the land. It was during her reign that principles of religious freedom and tolerance began to slowly take root.

Later, Queen Elizabeth I oversaw a comprehensive rebuild of the British navy and the successful defeat of the Spanish Armada. This war was a monumental event that laid the groundwork for the British conquest of the Americas. In the centuries that followed, Britain went through the period of enlightenment that resulted in comprehensive codification of the rule of law, democracy and the fundamental freedoms citizens of Canada and the United States enjoy.

Queen Victoria inherited the throne during another critical moment. The British Empire had expanded to all corners of the globe. The Industrial Revolution was taking hold of the British nation, as well as its colonies. This phenomenon was dramatically changing economic realities and, while creating many possibilities for progress and growth, also displaced a range of traditional apprentices, trade labourers and agricultural workers.

When the Great Potato Famine hit in the 1840s, the Queen advocated relief for the suffering and contributed significant charitable funds from her personal reservoirs. Her Majesty oversaw the official journey of independence for the largest British colonies including New Zealand, Canada and Australia. Queen Victoria also made landmark contributions to the expansion of democracy by extending voting rights to more citizens. Finally, the Queen was a trailblazer in leadership who demonstrated that it was indeed possible for women to pursue a rich family life (giving birth to nine children) while also being dedicated to public service.

Queen Elizabeth II was coronated during a time when Great Britain was still recovering from the impacts of the First World War, the Depression and the Second World War. The post-war order saw the world starkly divided between democracy and communism. The threat of nuclear conflict loomed over all nations. Moreover, Britain found itself in an uncertain place as the great age of empires had abruptly come to an end.

Queen Elizabeth II stepped into her role as sovereign as a twenty-five-year-old. She had been born not as the daughter but as the niece of the King. Providence, of course, had another plan and she soon found herself serving as Head of State. People have rightfully honoured Her Majesty for her grace, wisdom, consistency and commitment to service. What many may not realize, however, is that our Queen was also a tremendous leader in human resources. It was this Queen who rebuilt the battered British Empire into the vibrant and thriving Commonwealth that it is today. Her Majesty presided over the development of sophisticated departments comprising the positions necessary to successfully conduct day-to-day Commonwealth functions.

While Royal affairs were (and continue to be) at times tumultuous, the steady and creative leadership of Queen Elizabeth II breathed new life into British society, as well as the family of nations known as the Commonwealth. The Queen’s charm, discernment and ingenuity also provided for the development of tremendous relationships between Britain, its allies and partners and international leaders in business, science, the arts and civil government.

None of this is to say that there were not some fantastic Kings. There certainly have been. The least significant of these figures was not King George VI, Queen Elizabeth II’s father, who, after serving in the Navy during World War I, ascended to the throne upon the abdication of his older brother and, along with Sir Winston Churchill, guided the nation through World War II. Perhaps what was the most unique about these three Queens, however, was not merely the exceptional length of their reigns or even their outstanding monarchial accomplishments.

Each Queen persevered through a particular struggle specific to the individual time in which she lived. Queen Elizabeth I overcame the adversity of a father who made it the mission of his life to ensure his heir was a male. History would be challenged to find an example of a man who resorted to comparably extreme lengths to accomplish an objective. Nevertheless, Elizabeth I, after many trials and dangers, became the highest worldly authority in a patriarchal world.

Queen Victoria led Great Britain during an era of unprecedented revolutionary spirit. The American colonies and France had overthrown their monarchs. Some intellectuals began advocating Marxism as the solution to the inequalities of industrialization. Queen Victoria overcame these challenges and proved that the monarchy was still relevant and worthwhile.

Queen Elizabeth II served during a period of immense social changes. From defending the equality of all people to engaging with first nations peoples to cultivating a renewed relationship with post-apartheid South Africa, the Queen advanced the principles of freedom, democracy and the dignity of every individual person. Throughout all of this, Queen Elizabeth II was a stalwart defender of the foundational democratic institutions, as well as the traditional moral and spiritual values, that have sustained western society throughout the centuries.

The death of our beloved Queen truly is the end of an age. It is entirely possible that most, if not all of us, may not live to see the crowning of our next great Sovereign Lady. May we truly take the time to recognize how blessed we were to live during the Second Elizabethan Era.

God Save the King!