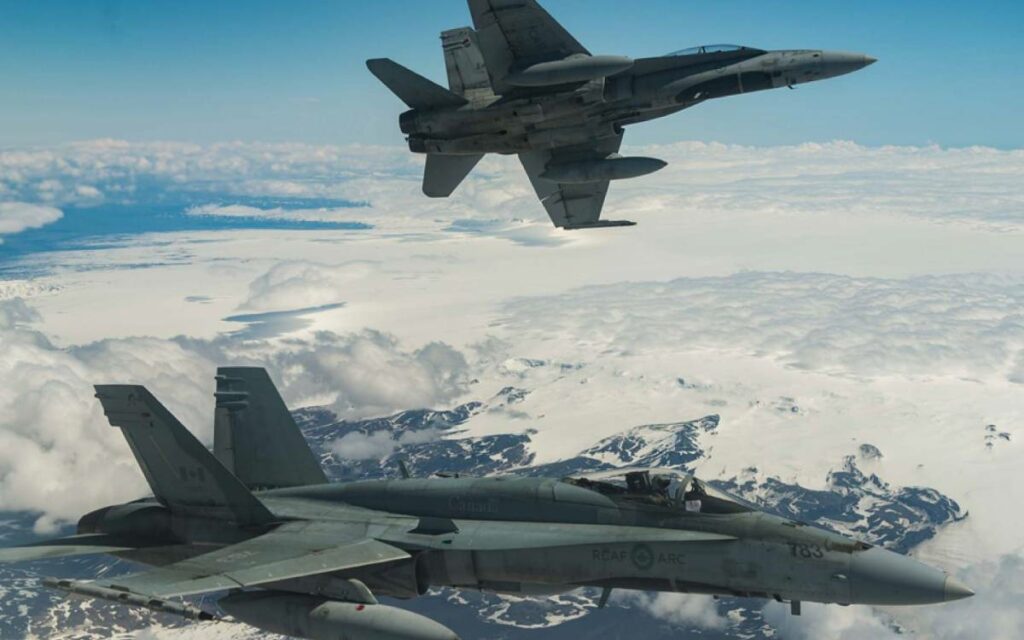 The infamously bungled process to replace the air force’s 40-year-old fleet of CF-18s has ballooned from a projected $9 billion in 2010 to at least $19 billion today.

With the Trudeau government’s deficit approaching $400 billion due to emergency pandemic spending, it goes without saying that will need to start looking for places to actually save money.

Some critics balk: don’t you know there’s a pandemic on right now? But even setting aside the pandemic spending itself (which should still be fair ball for criticism, considering the government managed to spend $54 billion to replace $21 billion in lost income for Canadians) there are plenty of things from within the government’s $350-billion pre-covid budget where the government could start looking for some savings.

One area that is often overlooked is procurement, specifically the military variety. Big ticket items such as guns, planes and ships can have price tags running into the tens of billions and time horizons that are often decades-long.

Unfortunately, they also have a sordid history of long delays and massive cost overruns, with taxpayers getting walloped with bills that end up being much bigger than originally estimated.

The Canadian Forces are still using pistols from the Second World War after a plan to buy new ones was cancelled in 2011. And the infamously bungled process to replace the air force’s 40-year-old fleet of CF-18s has ballooned from a projected $9 billion in 2010 to at least $19 billion today.

The upside is that it’s an area where there is huge opportunity to save money. And a handy case study has been provided in the form of a recent analysis by the Parliamentary Budget Officer regarding the Navy’s supply ship procurement plans.

The PBO took a look at two separate programs for purchasing naval supply ships. The first involved the lease and conversion of a commercial vessel into a supply ship known as the Asterix, which was completed by the Davie shipyard in 2018, and the option for the conversion and lease of a second ship by Davie, the Obelix. The other program is the two-vessel Joint Support Ship program, which has yet to see any ships built, even though the first was supposed to have been operational in 2012.

The PBO concluded that if the government were to purchase both the currently leased Asterix and not-yet-built Obelix, the total price tag would be $1.4 billion. By contrast, the bill for the JSS for two ships would come to $4.4 billion.

The PBO acknowledged that comparing the specific capabilities of the ships is beyond the scope of its report. But surely they are comparable at the most basic level – after all, the only reason the Asterix was commissioned was because the JSS program had not built any ships yet. And there is one clear point of comparison: one shipyard is building ships on time and on budget, while the other one is years behind schedule and will cost taxpayers far more.

Indeed, the fact that all four ships are not being built by the shipyard that produces the best ships for the Navy at the lowest price underscores just how badly mangled the  procurement process is.

Rather than focusing on a simple objective – best product, lowest price – governments have long succumbed to a quintessentially Canadian pandering problem: spreading the work around geographically to ensure that if there’s work for a shipyard in Quebec City, there’s also work for shipyards in Vancouver and Halifax. While this sentiment may be well-intentioned in the name of fairness, the end result is a much bigger bill for taxpayers than would otherwise be necessary.

The post-pandemic fiscal reality will ensure maximizing value for money becomes of paramount importance for governments. Luckily for the Trudeau government, there’s low-hanging fruit in areas like procurement. Going forward, the government needs to ensure procurement focuses exclusively on the main policy objective: getting the most bang for the taxpayer buck.