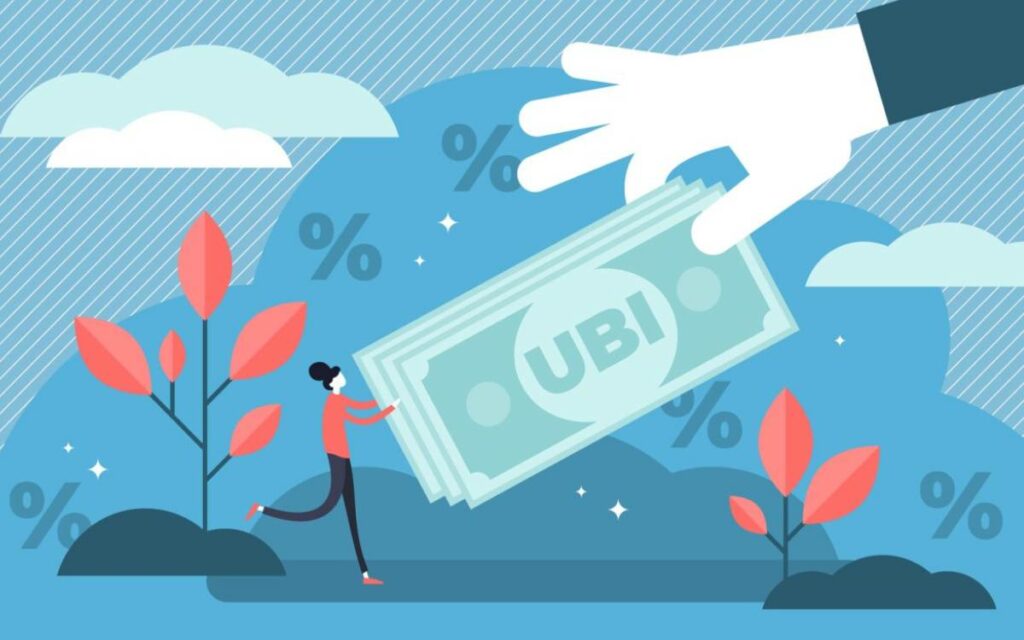 The COVID-19 pandemic and its drastic economic impacts have revived debate around a number of policy issues, one of them being the Universal Basic Income (UBI).

The thinking behind a UBI is to provide everyone, regardless of income or employment status, a basic amount of revenue annually as a poverty-fighting measure.  UBI was already experiencing somewhat of a comeback prior to the pandemic, when doomsayers were predicting that technological change, especially AI (artificial intelligence), would wipe out so many jobs that some type of basic income guarantee would be required so that widespread poverty did not occur.  Mind you, these types of predictions about the impact of labour-saving technology have been around for centuries – recall the Luddites of over 200 years ago fighting against the Industrial Revolution – and have never come true as the jobs eliminated by technology have been replaced by jobs in other areas.

Notwithstanding these facts, the UBI crowd saw the pandemic as an opportunity to dust off that old chesnut for reconsideration.  A recent study on UBI coming out of BC has once again thrown cold water on this notion, concluding that our current system of social supports is, warts and all, superior to a UBI at considerably less cost.

The study came about because of a demand made by the BC Green Party two years ago of BC Premier Horgan.  At that time, BC NDP leader Horgan was heading a minority government and needed the Greens’ support to stay in power, so he commissioned the study.  The resulting report, entitled “Covering all the Basics: Reforms for a More Just Society”, was released last week.  It was conducted by a reputable panel of economists who were given access to government data not usually available to researchers.

Based on 40 research papers commissioned by the expert panel, the conclusions reached were similar to those of many other objective analyses of the UBI concept, namely that the provision of a basic income large enough to make a difference was prohibitively expensive and that the current array of social programs targeted to those actually in need did a much better job than a massively more costly UBI could be expected to do.

The panel recommended increased spending in some existing program areas, better targeting and improved co-ordination and integration of existing social support initiatives. The study concluded that a UBI of $20,000 per person – a relatively modest amount compared to proposed guaranteed income levels used in some studies – would cost the province $51 billion dollars.  This amount is roughly equal to the entire provincial budget of BC, illustrating how prohibitively costly and unrealistic this type of policy would be.

Pilot tests of a UBI in some jurisdictions have also shown how such a program diminishes the incentive to work for some individuals. Canada’s recent experience with the CERB program, which significant numbers of Canadians chose to receive in lieu of working, should be considered a cautionary tale for what would happen on a much larger scale if a UBI were introduced.

The real story behind much of the left’s endorsement of a UBI has much more to do with the desire for even bigger government and guarantees of income regardless if someone had earned it or not than a program to actually assist the poor and other disadvantaged groups.  The same can be said for programs such as national pharmacare, which is also being strongly promoted at present by the federal NDP, among others.

Currently, only about five per cent of Canadians do not have drug coverage.  Instead of finding a way to fix the problem for that five per cent, a national pharmacare program would cost much more than the current system, undoubtedly provide poorer quality service, but significantly expand the reach of government and create thousands of unionized government employees in the process.  It is refreshing that the BC panel analyzed the problem and arrived at the best and most affordable solution, seemingly unencumbered by ideology.  The same approach should be taken with other big, expensive policy changes currently being contemplated, including such things as pharmacare.

The UBI has been a pipe dream of the left for decades, and is likely to remain so as facts rarely seem to factor into that kind of ideological thinking.  It would be interesting to know if the BC Green Party now regrets having asked for this study in the first place, as their hoped-for conclusion was not reached and yet another compelling case to reject the UBI option is now on the table.

Perhaps the biggest lesson in this exercise is to do your homework before making assumptions, pay attention to the facts, and be careful what you wish for.