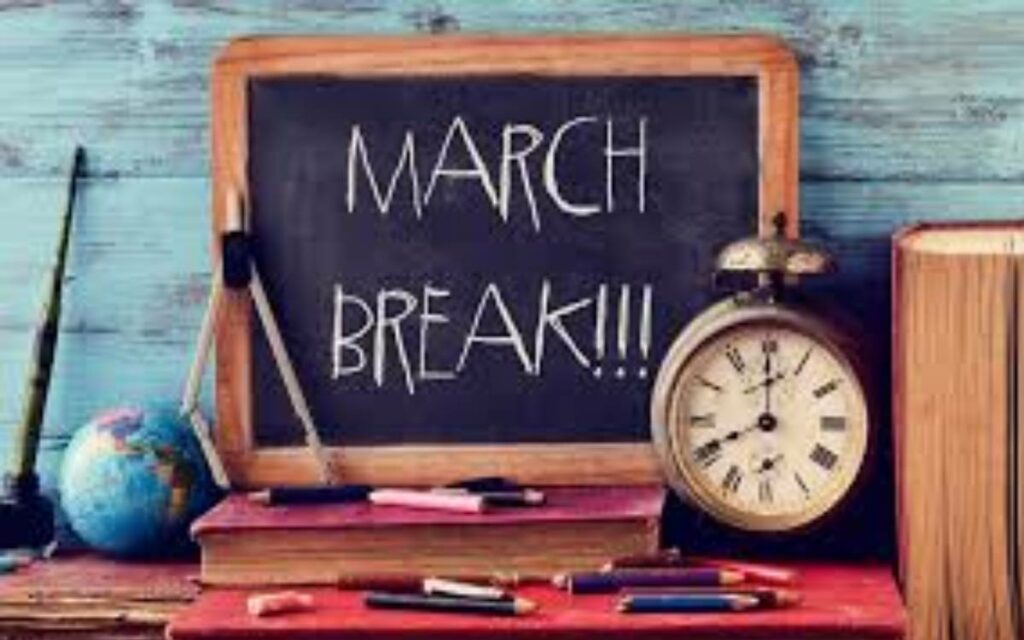 Last week the Ontario government announced that March Break would be postponed until the week of April 12.  This makes sense for all kinds of reasons, including those that are health-related and in the interest of students receiving some minimal amount of education during this school year.

The timing appears to be right for students to return to in-class learning over the next few weeks.  Following a post-Christmas holiday surge, and the related lockdown of the economy, COVID-19 infection numbers and deaths have declined sharply in recent weeks.  Accordingly, schools have gradually re-opened in parts of the province that have had a lesser incidence of the virus, and are slated to re-open in the “hot spots” of Toronto, Peel and York Region this week.  All indications are that students are chomping at the bit to get back to in-person learning including the social aspects of physically being in classrooms with their friends, and parents will undoubtedly welcome getting their kids out of the house.

Putting off March break for a month should also serve as a disincentive to families that were tempted to travel during the break, and potentially risk catching and spreading the virus in the process.  Medical experts are also warning of the likelihood of a third wave of the virus, anticipated to be driven by the proliferation of so-called “variants” of the original virus, which have shown up recently in Ontario and other Canadian provinces and are even more contagious.  Current forecasts are estimating this possible third wave to take place at the end of March or beginning of April.  If this unfortunate event does occur, it will likely necessitate another lockdown and increased restrictions at that time, coinciding with a mid-April school break.

Of course the always-unhelpful teachers’ unions voiced their “unanimous opposition” to delaying March Break, as they oppose pretty much everything and continue to have a negative impact on the province’s public education system.  Considering the fact that teachers, who in a normal school year only work about nine months out of 12, have worked much less than that over the past year, unions and teachers should consider themselves lucky that March Break was not cancelled outright as there would be a very compelling case for the government to do precisely that.  The unions claimed that delaying March break would have the result of risking the mental health of students, while the weight of evidence suggests that students’ mental health is being much more endangered by not being in class than by postponing a week off.

Ontarians did not have a high opinion of teachers’ unions prior to the pandemic.  That opinion has only further declined as those unions continue to be as difficult and obstructionist as possible during the pandemic when they could have helped out in the spirit of doing something positive at a very difficult time for everyone.

Let’s hope all Ontarians remember the unions’ unhelpful actions post-pandemic, and put pressure on politicians to reduce their power in future by opening up the school system to alternatives such as charter schools and vouchers to enable more parental choice, more effective use of tax dollars and higher quality educational outcomes.