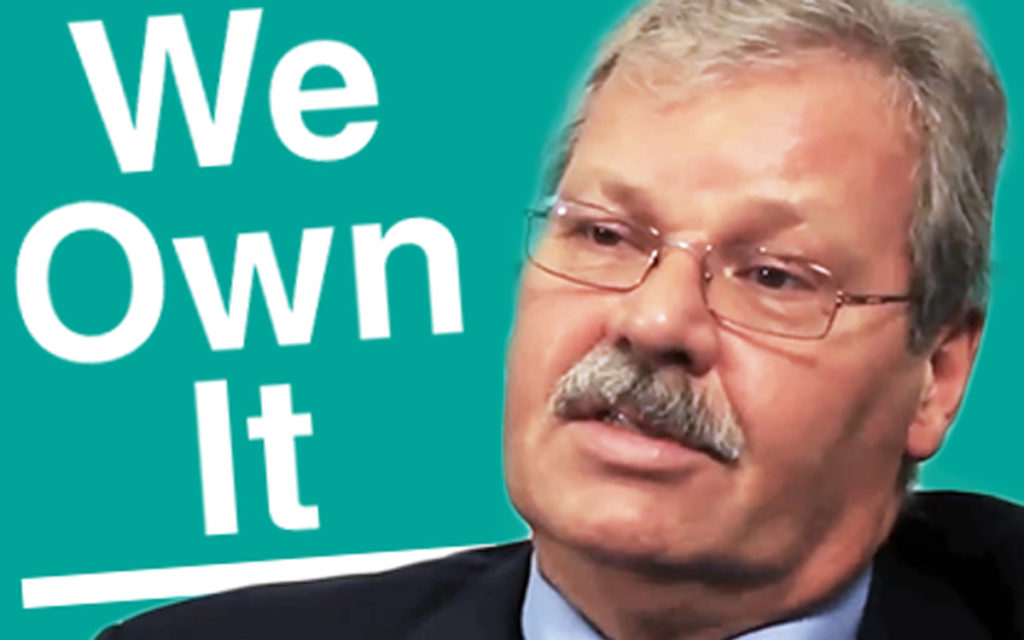 OPSEU President Smokey Thomas says this time a union is going to affect who wins an election.

Now that the Ontario election is officially underway, the activities of a number of groups commonly referred to as “third parties” has also been ramping up. Third parties are referred to as such because they are neither political parties nor corporations or unions.  A fairly recent phenomenon in Canada, and especially in Ontario, has been the creation of third party organizations for the specific purpose of intervening in elections in a partisan manner.

The most well-established organization along these lines in Ontario is the Working Families Coalition, which first emerged in 2002 to actively support the Liberals under Dalton McGuinty in the 2003 provincial election.  Working Families financed a variety of television and other ad campaigns aimed at demonizing the Conservatives, and the Liberals went on to win that election.  At that time, a majority of Ontarians seeing these ads probably did think it was a legitimate group with the interests of average working people at heart. Of course, a little more digging showed that Working Families was really a union front that was much more interested in maintaining union privileges than caring about the average person.  The fact that many of the unions supporting these groups are public sector unions, whose main goal is to separate the majority of Ontarians from their hard-earned money, makes the claim that these groups represent average Ontarians particularly laughable.

Subsequent Ontario elections have seen more involvement from third party groups, most of which continue to be financed by unions.  In the current election, a new group has emerged, called Working Ontario Women (WOW), whose goals appear to be identical to Working Families.  There are other similar groups not specific to Ontario that have also sprung up over the past few years, such as LeadNow, The Tides Foundation and The Dogwood Initiative to name just a few.  Although these various entities have somewhat different goals, they share an interest in having left leaning governments in power that will continue to finance their chosen initiatives with taxpayer dollars, and they all interfere in elections in various ways.  Some of them even have charitable status, which is completely inappropriate given their political objectives.  Unions are big contributors to all of these organizations, and some of their funding comes from foreign sources as well.

For some unknown reason, over the years Canadian governments and the courts have treated unions better than any other country.  In Canada, union dues are mandatory by law, and there are zero requirements for any transparency on the part of the union as to how their forced dues are spent. In virtually all other countries, dues are either voluntary or unions must prove they use forced dues only for collective bargaining purposes.  As a result, Canadian unions are extremely well financed and there are no restrictions on them spending their dues in a partisan manner to interfere in democratic elections, as there are in other countries.  In the 2014 Ontario election, Elections Ontario data showed that unions were by far the biggest spenders, and in fact spent far more than all others combined including the political parties themselves.  It looks like the same spending pattern is happening in the 2018 Ontario election.  This is a disgraceful situation that should be remedied by the courts, but unions have become so rich it is a rare government that has the courage to take them on.  It is also pretty ironic that these groups which claim to represent average folks are actually some of the richest, most privileged in Canadian society.

As the old saying goes, the first casualty in war is truth, and a common feature in the advertising of these union front groups is the inclusion of dishonest and outrageous statements regarding what Conservatives have done or will do, in the hope that uninformed voters will believe their lies. For instance, the WOW group runs ads that claim former Canadian Prime Minister Stephen Harper cut billions from the health care budget, which is an absolute falsehood.  But unions have no shame, and if lies and deception is the means to accomplish their ends, so be it.   The only good news is that these groups have been around long enough now that many people have got their number, and know that they are just another self-interested bunch looking to line their own pockets at others’ expense.  The more people understand the true nature of these third parties, the less their message will resonate.  Which is how it should be.