This Federal Government Has a Spending Problem 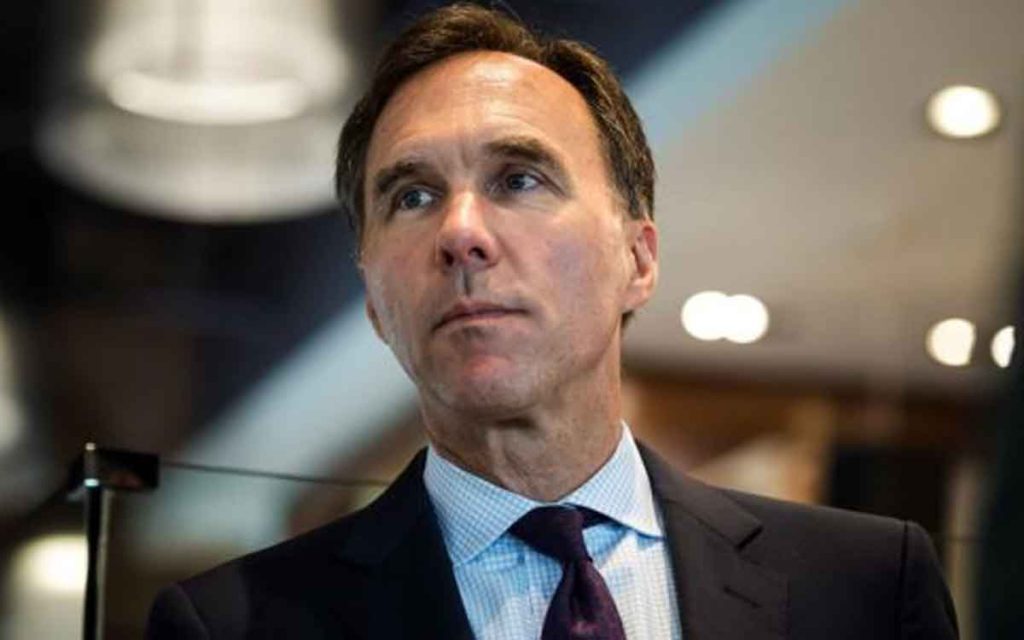 Finance Minister Bill Morneau will be delivering his fourth federal government budget next Wednesday, March 19. Given the news that the government ran a budgetary surplus of $300 million through the first nine months of the fiscal year, many financial analysts and political pundits are expecting the Finance Minister to increase federal spending – yet again.

Avery Shenfeld, chief economist for CIBC, forecasts in a Canadian Press interview: “I’m expecting cheques to go out somewhere. Remember that in the last election the party that won was the one party not promising to balance the budget… The recent sluggishness of the economy is just one more reason to expect a budget that sends out some goodies.”

With the looming election this Fall, Canadians are likely to see Minister Morneau make new and costly promises relating to a national first-time homeownership initiative and a new national pharmacare program to provide “free” basic drugs for all. Canadians will be told the government can afford these promises based on our strong economic performance and an attractive debt-to-GDP ratio.

Pundits believe Bill Morneau will also use this budget address to explain to Canadians that he and the Trudeau Government have a firm hold on federal government finances. His speech is sure to pre-empt the Opposition’s attack of the Liberals fiscal record through the past four years.

As the oft-heard criticism goes, Justin Trudeau ran in 2015 on a promise to stimulate and grow Canada’s economy by spending small, annual deficits of $10 million. Somewhere in the last few years this Liberal plan was abandoned and, today, the Finance Department projects the government is on track to run deficits until the year 2040, which will add approximately $300 billion to the country’s federal debt. (ed. – This is not as bad as it sounds given our debt-to-GDP ratio.)

The Liberals’ continuous deficits are fueled by their unbridled government spending. Federal spending has grown from just under $300 billion annually in the last year of the Harper Conservative government to almost $340 billion for this past fiscal year. In reviewing the post-WWII period in Canada, PM Justin Trudeau has presided over the fourth-largest average annual increase (3.1 per cent) in per person program spending. This unflattering record ranks behind only his father, Pierre Trudeau (4.5 per cent), Lester Pearson (5.3 per cent) and Louis St. Laurent (7.0 per cent). In fact, this Trudeau Government has now recorded two of the three highest-spending years in Canadian history – 2017 and 2018.

To place the current Liberal Government’s fiscal record into context with those of recent Prime Ministers’, both PMs Brian Mulroney and Jean Chrétien recorded average annual per-person spending declines of 0.3 per cent. Over the Stephen Harper Government’s 10 budgets, that government recorded an average annual per-person spending increase of 1.5 per cent.

The difficulty with the Trudeau Government’s continuous overspending is brought into sharp focus in a recent analysis released by the Fraser Institute.  Jason Clemens, co-author of the Institute’s report entitled Prime Ministers and Government Spending, observes, “Wars and recessions clearly affect government spending, but to see this high level of peacetime spending when the economy is also growing could spell trouble for Canadian taxpayers in the future.”

Clemens explains, “The past few years have seen rapid and historic increases in deficit-financed government spending in Ottawa, at a time when the economy is growing. Higher spending often leads to higher deficits and more debt that ultimately must be paid by taxpayers, which is why current spending levels represent a burden to current and future taxpayers.”

But on Wednesday Canadians will not hear about these facts – about the challenges presented by continuous deficit spending. Instead, Finance Minister Morneau will in all likelihood tell Canadians about the Liberals’ attractive election promises. He will reassure us with an accounting of the country’s favourable debt-to-GDP ratio. Yet, as the Fraser Institute’s report suggests, it may be best to remember that all this government overspending does not add up for Canadians’ fiscal future.