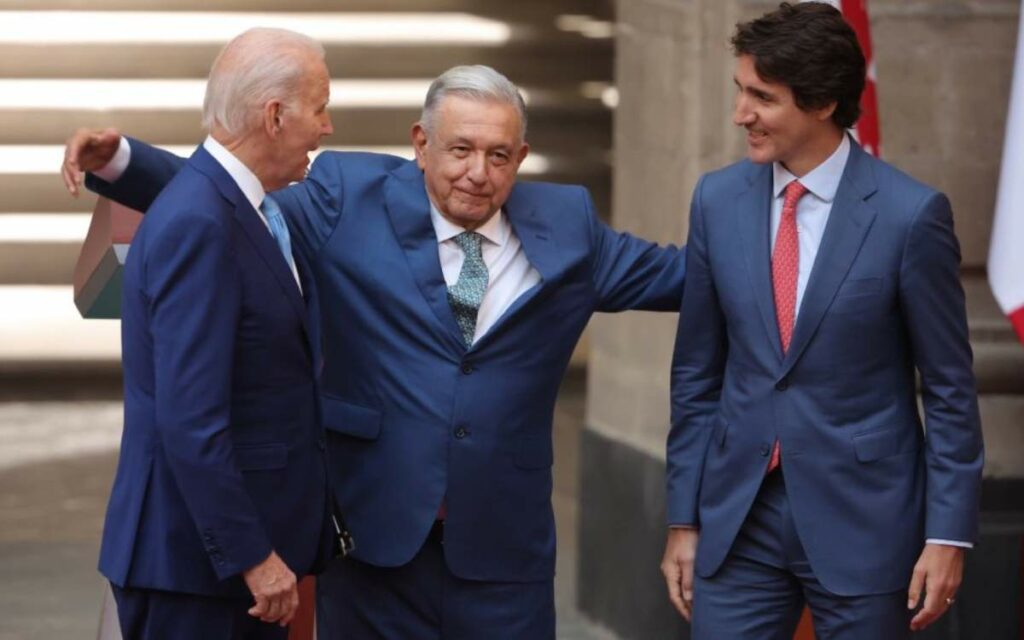 Nearly eight years after announcing to the international stage that “we’re back”, Canada and Justin Trudeau’s Liberals are still struggling to break through to the world.

If you asked a Liberal after their decisive win in 2015 what Canada’s role among the international community would be by 2023, the answer would be about how Canada is no longer in a decade of darkness and is now a world leader. Harper is the reason why Canada struggled to be seen and with a Liberal government in charge, Canada would be the envy of the world.

With hindsight in the mirror, that sunny way view of a new Canada that Liberals pitched and believed has clouded over. Whether it is failing to win a seat on the UN Security Council, being the only G7 nation to use Covax COVID-19 vaccines, or the further strained relationship with China, Canada’s role abroad continues to be a work in progress. Canada’s weak position on the international stage was highlighted last week during the “Three Amigos” summit between Canada, the US, and Mexico.

More formally known as the North American Leaders’ Summit, during this year’s summit Canada was forced to take a back seat while the other two amigos stole the spotlight. Following a frosty relationship that included the Mexican President refusing to acknowledge Biden’s election victory for over a month, and then boycotting last year’s summit, this marked the first time since 2014 that a US president visited Mexico – leaving plenty of topics to be covered for the two countries, with Canada left out in the cold.

Using the summit as a platform, Minister Anita Anand, Canada’s Minister of Defence, announced that we would donate high-powered missile defence systems that Canada currently does not own. Instead of providing Canadian technology, we will buy this defence system and regift it to Ukraine to fight in a war that Canada refuses to call a war.

Prime Minister Trudeau used the summit to lecture the Mexican President about the dangers of nationalism as Mexico digs its heels in around domestic energy production. In the eyes of Mexico, energy production is too risky to leave to the market and requires government involvement. Ironically, this was the position of the Canadian government until recently a new-found belief that energy is best handled by the private sector and the government should not be involved. Though it is worth noting that the Canadian government still owns the Trans Mountain pipeline, which they bought from the private sector in 2018 and have since lost 600 million dollars on.

Though some good came out of the summit for Canadian travellers. Prime Minister Trudeau and President Biden announced that a modified version of the Nexus program will be operating by the spring to address the backlog of applicants. Currently, there are between 220,000 and 240,000 applications waiting to be processed.

The Three Amigos discussed the US-Mexico-Canada Agreement, which replaced NAFTA with a free-trade agreement. The conversation focused on the formula that determines how much of a U.S.-made vehicle is deemed to have foreign content. A conversation that Canada and Mexico have common ground while the US remains a holdout on.

Looking at this summit, Canada is nowhere near “back” as Justin Trudeau promised in 2015. Canada remains the little brother to the United States are the true kingmaker among the Three Amigos on the world stage.

It might not be a bad thing not to be the world leader that Canada once hoped to be. With an affordability crisis underway, an economy that is stalling, and a healthcare system about to flatline, Canada may want to look inward before committing to the state of another country.

The Prime Minister and his government need to focus on Canadians’ needs and not showboat around the world chasing international clout.