Three factors to watch for on election night 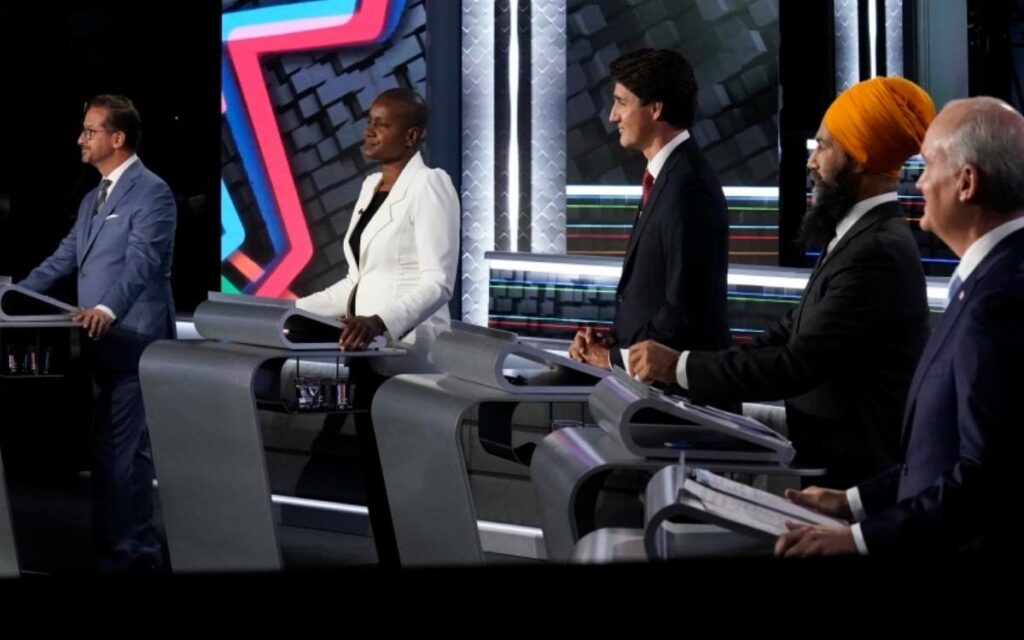 Justin Trudeau’s “vanity election” is coming to an end. The term to describe this unnecessary contest was coined by national affairs commentator Rex Murphy. He summed up the vote succinctly: “This election is hollow. It is without centre. It is without national purpose. It is idle, contrived, opportunistic, premature and cynical. It is just a Liberal game.”

Indeed, Canadians felt the minority government was working and there was no need for an election in the middle of a national health crisis. In July, 37 per cent of Canadians were upset with the thought of an election call – and another 34 per cent were unsure of any compelling reason to go to the polls. In the aftermath of the first national debate, Conservative leader Erin O’Toole observed, “We should not be in a campaign. Only Mr. Trudeau wanted this campaign for his own personal interests.”

Still, Canadians have survived a pandemic election like no other and will now head to the polls on Monday with pollsters indicating there is a statistical tie between the Liberals and Conservatives. It’s a toss-up who will come out on top; there is a very high likelihood of another minority government.

Here are three factors to watch for on election night that will have a direct impact on the final vote count and which of the parties will form the next government.

Both parties are pulling out all stops to win in the 56 seats in Toronto and the Greater Toronto Area (GTA). Erin O’Toole reminds people he is a son of an Oshawa GM worker and is an ordinary family guy trying to make ends meet in the GTA. The Conservative leader describes Trudeau as a direct contrast: “privileged,” “entitled,” “self-interested, divisive and unworthy of trust,” “a man who is not a feminist, not an environmentalist, not a public servant…a man who is focused solely and squarely on himself.”

The Liberals counter with repeatedly mentioning Stephen Harper and hidden agendas, and playing the fear card about immigration with new Canadians. Trudeau fires back at O’Toole: “he doesn’t lead, he misleads.” He asks, “Do we continue and move forward even faster and harder on the fight against climate change, or do we let Erin O’Toole take us back?” Employing every wedge issue possible, Trudeau tells Canadians they have a choice with gun control, abortion, housing, child care, and “the rights of Canadians who got vaccinated.”

At a recent rally the Liberals rolled out the legendary former Mississauga mayor Hazel McCallion to give her endorsement (which is not as glowing as they promote). McCallion said: “I support Justin, I think he’s a young man that I think has tried to do a good job, but that doesn’t mean I’m always a supporter of the things that he does.” She went on to say, “Trudeau shouldn’t have called this election. It was wrong.”

So, the question is whether the anti-Trudeau disgust or the anything-but-Conservatives (ABC) strategic voting by progressives will have any traction and make a difference in the GTA? Current polling has the Liberals holding a 20-point lead, with 47 per cent support in this region. If there is to be a swing in fortune for the Conservatives, it must happen here. In the 2019 election, all 25 Toronto ridings and 23 of the 31 surrounding urban ridings returned Liberal MPs. If Trudeau maintains this stranglehold on Toronto and the GTA, there is little to no hope of a Conservative government.

Premier Francois Legault pulled no punches in signaling that he would like to see the Conservatives win a minority government. The popular premier stated, “To protect the nation of Quebec, I think we have to be careful with these parties (Liberals, NDP and Green). Those three parties, they are not ready to transfer powers to the Quebec government.”

He went on to say Justin Trudeau was dangerous to Quebec’s interests with health care, immigration, and with identity politics. In his rambling comments, Legault gave Erin O’Toole an endorsement by process of elimination and he stated that he hoped for a minority Conservative government before adding, “It’s up to Quebecers to choose…”

So, what might this endorsement mean for the Conservatives – and for the Liberals’ support in Quebec? The Liberals’ support is strongest in Montreal; and now with Legault’s comments can they win seats outside this urban area? Conservatives are currently polling 19 per cent on average in the province and, accounting on how that support is distributed, the best-case scenario would be to win 15 seats. Will they increase their seat count? In the last Parliament, Quebec’s 78 seats were divided as such: Liberals 35, Bloc Québécois 32, Conservatives 10, and NDP 1. Trudeau had hoped to form his majority with increased seats in Quebec – so we might know early in the night whether this is at all possible.

This week’s national opinion polls showed the Liberals with 32 per cent, Conservatives with 31 per cent, NDP with 20 per cent, and Green Party with 4 per cent. The People’s Party registered 7 per cent support nationally.

In an interview with The Hill Times, The Niagara Independent’s own Kate Harrison stated she was watching the PPC numbers with “a bit of caution,” not agreeing their support takes directly from the Conservatives.  “They are largely people that have been apolitical to this point or…by virtue of supporting the PPC, perhaps reject partisan politics altogether.”

Abacus polling data reveals that 3 in 5 PPC supporters backed the Conservatives in 2019 – 1 in 5 did not vote and the other 1 in 5 voted half for the Liberals and the other half somewhere else.

So, the question will be answered on election night whether this will have a direct impact on the Conservative seat count. In Ontario and BC races, where Liberal and NDP candidates eke out a win, simply add 60 per cent of the PPC vote count to the Conservative count and see if this makes a difference.

One final point of interest on Monday night will be viewing the results come in from a few bell-weather ridings: the fickle Fredericton seat, where the 2019-elected Green candidate Jenica Atwin is now running as a Liberal “incumbent”; the Peterborough-Kawartha riding, where Liberal cabinet minister Maryam Monsef is running hard needing to outdistance a formidable Conservative as well as her associating with “our brothers” the Taliban; the Vancouver Granville riding, where constituents have great faith in Jody Wilson-Raybould and must now decide who is her successor; and, most-interesting is the riding of St. Catharines, “the perennial bell-weather riding” that most-often will signal the party that forms government, where the Liberal incumbent Chris Bittle is hard pressed to defeat his conscientious and community-minded Conservative opponent Krystina Waler.