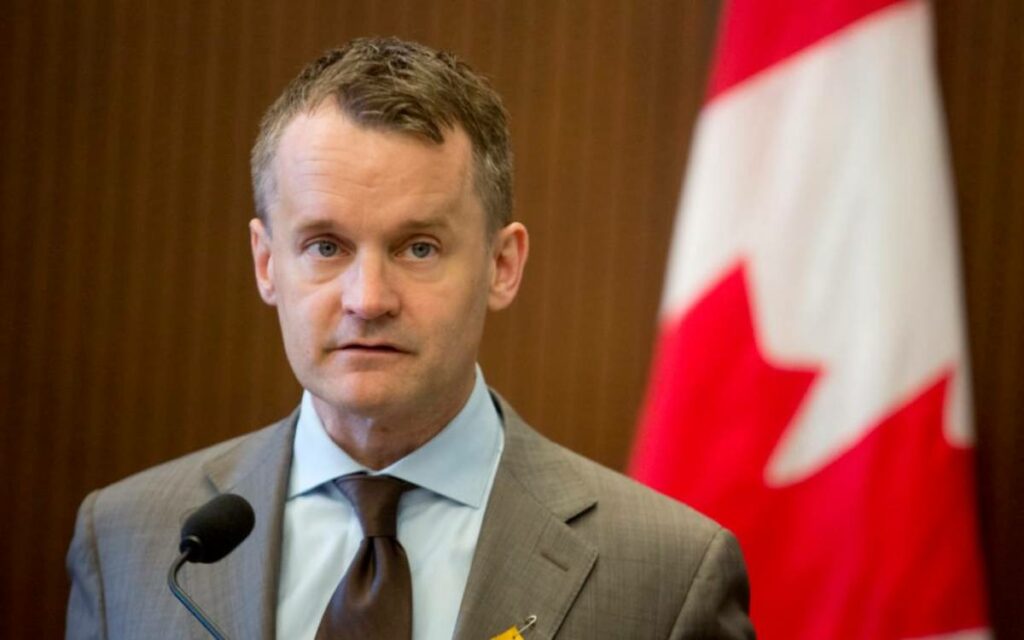 Canada’s Minister of Natural Resources Seamus O’Regan at a press conference in June 2019. Alongside the Ministry of the Environment and Climate Change, O’Regan’s ministry is responsible for the Liberal government’s new green plan. Photo credit: iPolitics / Andrew Meade

If this were a game of baseball, Prime Minister Justin Trudeau would not get to first base with his government’s approach to establishing a responsible – and sustainable – environment policy. There has been a slew of recent government reports and business statistics that reveal the Liberals’ Green Plan will cost Canadians in a number of significant ways.

Strike One: Their green plan requires considerable private sector investment that is just not there

Canadians have heard the wonderful promises of our federal government “building back better” with a greener economy. We have been told the Liberals’ Green Plan has the potential to create or maintain 6.3 million green jobs. With $109 billion worth of investments by the federal government over the next 10 years, Canada is expected to generate $790 billion in green initiatives which will, in turn, result in a net-zero economic recovery.

However, this plan hinges on the Canadian private sector investing $681 billion. For every one dollar the government is to invest, the Trudeau Liberals believe they can encourage the private sector to invest six dollars. With this model, let’s look at the record of this government’s last public-private investment plan. Consider the record of the Canada Infrastructure Bank over the past three years – a Liberal initiative that bankrolled $35 billion of taxpayers’ money and was to attract two or three times that in private dollars. To date, the government institution has committed only $4 billion to infrastructure projects and none of the dollars it has spent has come from private investors. Though it has an expressed mandate to generate joint funding with the private sector for its investments, it has failed to secure one thin dime.

It is highly unlikely with the post-pandemic state that Canada’s business community is in that the government is going to be successful in engaging private sector involvement in its green schemes. A recent report from the Canadian Federation of Independent Business calculates 180,000 small- to medium-sized businesses across Canada will shut down due to the pandemic, shedding 2.4 million jobs. CFIB reports 58,000 businesses have already closed their doors. Statistics Canada looked back on 2020 and reported that the Covid-19 economic shutdown directly affected 5.5 million Canadian workers, including 3 million who lost their jobs.

This economic picture does not reflect a business community prepared to invest heavily into government partnerships. (One has to wonder what kind of “opportunity” Finance Minister Chrystia Freeland sees in the pandemic.)

A new report from TD Economics estimates 450,000 of Canada’s direct and indirect oil and gas jobs will be lost by 2050 with the Liberals’ Green Plan. That figure totals three-quarters of Canadians employed in oil and gas – with a great many of them employed in the provinces of Alberta, Saskatchewan, and Newfoundland and Labrador.

The report signals the federal government should develop worker transition plans immediately to prevent disastrous consequences. TD Economics analysts warn that it is wrong to assume that displaced oil and gas workers will find new jobs in the clean-energy sector. That is because the skill sets in the two sectors are different. But, more significantly, green jobs are likely to be more geographically dispersed, not tied to the natural resources found in the prairies or the waters of the Atlantic.

The report concludes the workers in the communities that lose their major oil and gas employers as a consequence of the government’s green agenda will join the permanent ranks of the unemployed or underemployed.

Over and above this personal despair, the purposeful throttling of Canada’s oil and gas industry will have profound economic impacts on the whole of the country. Not only will the country lose approximately 5 per cent of its GDP, but Canadians will become increasingly dependent on fossil fuels imported from the United States, Saudi Arabia and Venezuela.

Strike Three: Their green plan is only sustainable with continuous government subsidies

At a Parliamentary Canada-U.S. Economic Relations Committee meeting this year, Natural Resources Minister Seamus O’Regan told MPs that the government is prepared to subsidize any and all green projects in the country. He said, “We’re willing to look at anything really, you know, if it seems like it’s a good idea and it can help us lower emissions and protect our workers.”

The Trudeau Liberals have been subsidizing green projects without any regard for costs or return on investment. A Department of Environment 2019 audit complained of little oversight of subsidized projects: “There is no departmental plan in place for conducting recipient audits. There is no guidance,” wrote auditors. A federal Treasury Board memo from 2018 said green subsidies for clean technology were run through a hodgepodge of programs with no assurance of returns to taxpayers: “Outcomes, target-setting and reporting are weak across the system…Right now it is not clear what is being funded.”

It is evident to government officials that government cheques to green projects will be on-going. In a recent 2020 audit by the Department of Industry, the government reported green tech companies were three times likelier to rely on taxpayer subsidies through grants, subsidies and non-repayable contributions than other small- and medium-sized businesses.

Minister O’Regan’s own Department of Natural Resources has concluded that few green energy projects are viable without subsidies. In internal memos uncovered by Blacklock’s Reporter, the department claimed the Renewable Energy Deployment Program was addressing “a market failure” with Canada’s solar, wind, and geothermal industries. It concluded that “most projects would not have been financially viable” without the support of more than $1.4 billion of government subsidies.

Department investigators reported, “None of the projects generated sufficient market revenues to be profitable without the Renewable Energy Deployment funding.” They also found the energy projects received additional subsidies from provinces including contracts for power at guaranteed prices, tax credits, taxpayer-funded research and other aid.

Now consider that the Trudeau Government recently made public the intention to introduce 64 new measures as part of their green plan. Environment Canada officials state that the measures will cost Canadians $15 billion in federal investment. That’s $15 billion to begin with – as Ontario taxpayers have come to learn, green programs designed by government and established with government subsidies are costly to introduce and then costly to sustain.

That’s three strikes against the Liberals’ Green Plan. Is it not time for Canadians to call them out? 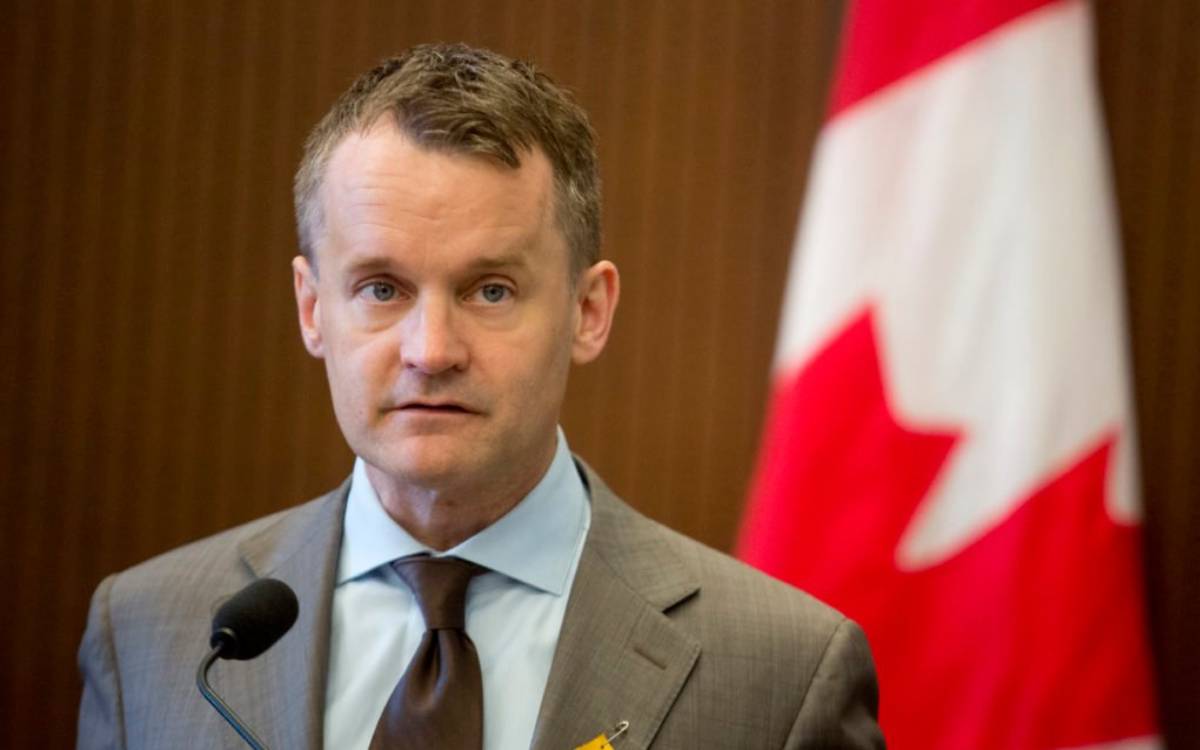