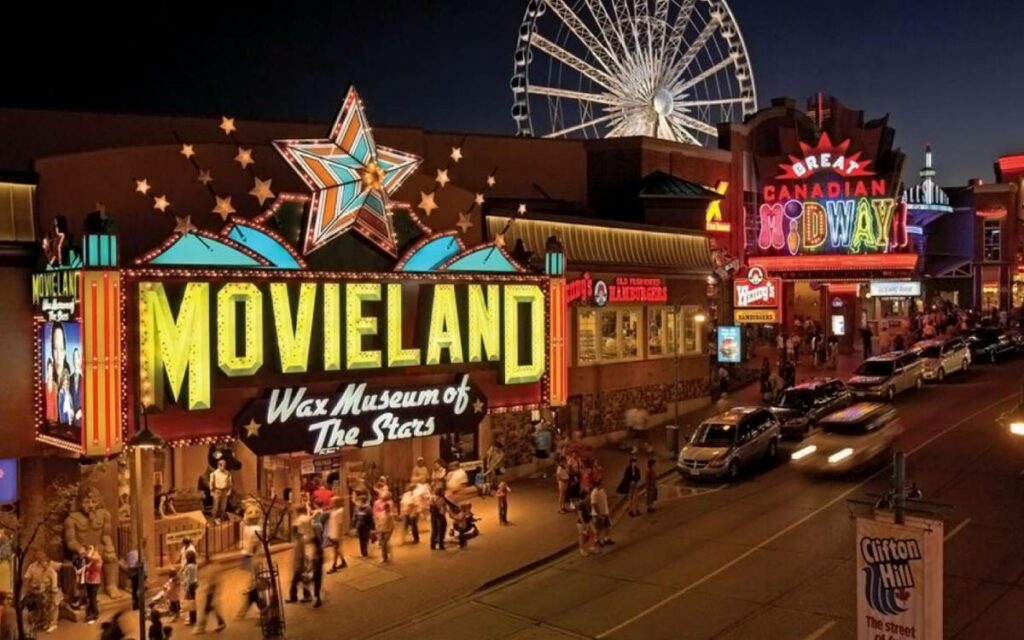 It was a tourist season that won’t soon be forgotten by those operating in that sector.

Despite COVID-19 shattering any hope for a profitable summer, tourism operators in Canada’s number one tourist destination displayed remarkable resilience just to even partially open attractions and restaurants amidst a plethora of restrictions.

“We were nowhere near last year’s sales and traffic,” said Joel Noden of HOCCO Entertainment and Resorts which operates a number of attractions in the Clifton Hill area. Noden said they weren’t able to open many of their attractions explaining that of their 200,000 square foot building only 34,000 square feet were open to the public.

Despite the significant downturn, Noden said there was a bit of a rebound in August and September which cushioned the financial blow a bit. Despite media reports of a homemade video showing “large crowds” in the Clifton Hill district, Noden pointed out that those crowds were a fraction of what normally would be in that area during an ordinary tourist season.

With the borders closed, Niagara’s tourist operators couldn’t rely on the usual flood of Americans crossing the bridges to spend some time and money in Niagara. “Overseas and U.S. visitors were just gone,” explained Noden. He said the lack of American tourists hit hard as they are usually, “25 per cent of the traffic and 50 per cent of the revenue.” Also gone are the group bookings, conventions and hockey tournaments that normally fill up restaurants, banquet facilities and hotels during the fall.

HOCO, along with the other tourism operators in Niagara, spent millions on health and safety features to protect staff and visitors making it a double whammy on the balance sheet with expenditures going up and far less revenue coming in.

Mory DiMaurizio, vice president and general manager of Hornblower Niagara Cruises said “it was absolutely devastating” when asked about this season. Hornblower was down about 95 per cent compared to the previous year. “We were pretty much closed for the first part of the season,” he explained. DiMaurizio added that the number of reductions and restrictions placed on Hornblower was debilitating. “The business model was not designed for that.” He said that while he appreciated what various levels of government did to support the industry he was frustrated by the inconsistency of how restrictions were applied. “Why can you stuff an airplane full of people, a completely enclosed tube, but you can’t take those people and put them on an open air vessel?” He said sectors like the airline industry are higher risk but they have fewer restrictions and more freedom. “When we explain that we’ve gone ten times over and above what has been asked of us in terms of health and safety precautions the medical people don’t care. They don’t understand our business,” said DiMaurizio.

Both Noden and DiMaurizio said planning for next year is requiring the development of numerous scenarios and business plans. Hornblower will end their season this Sunday.

Niagara Falls Tourism CEO Janice Thomson said in many ways the tourist season was successful based on what operators were up against. “Niagara Falls remains a desirable destination. The work people have done over the years has paid off this year,” she said. “The attention to detail by tourism operators was key. We all worked hard to stay in Stage 3.”

Thomson said both provincial tourism minister Lisa MacLeod and her federal counterpart Melanie Joly were very supportive. “Lisa MacLeod is the epitome of the support we need at this time. She’s in the trenches. She’s providing assistance and ideas. I would say the same for Minister Joly too.” Thomson added that, “There’s real passion from both of them. It’s sincere.”