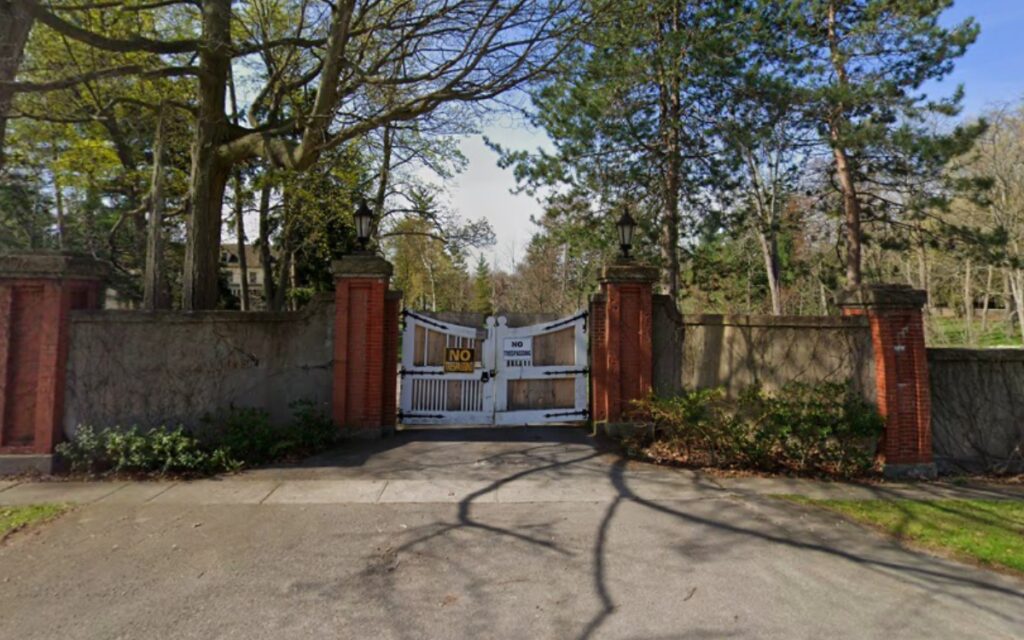 The decision was handed down by an Ontario Justice of the Peace last month and was recently made public. Pictured is the entrance to developer Benny Marotta’s Randwood Estate property on John St. in Niagara-on-the-Lake. Photo credit: Google Maps

In the ongoing Randwood Estate legal saga being fought on the taxpayers’ dime between the Town of Niagara-on-the-Lake and Solmar Development owner Benny Marotta, the latter recently won a major victory.

An Ontario Justice of the Peace (JOP) ruled that the municipality infringed upon Marotta’s Charter right to a timely trial, staying four charges laid by the Town in November 2018 related to the removal of trees from properties collectively known as Randwood Estate.

In either instance, in waiting nearly four years to bring the case forward, the Town denied Marotta a fundamental guarantee that, by law, must be afforded to all Canadians.

In a press release issued by Solmar’s general manager earlier this week, Giuseppe Paolicelli said the company, along with co-accused Two Sisters, “are very happy with the court’s decision to no longer continue the case of the charges brought by the town under the Ontario Heritage Act on the basis that the delay in bringing the matter to trial is a breach of Solmar’s and Two Sister’s constitutional rights to be tried within a reasonable time.”

The JOP made the decision to stay the charges on September 12, but the oral ruling was just made public last week.

The trial was supposed to take place October 17.

According to local media, Niagara-on-the-Lake’s CAO Marnie Cluckie said the Town will be appealing the decision.

The community group Save Our Rand Estate (SORE), which has attempted to thwart Marotta’s development plans for the property for the last several years, put out a statement following release of the JOP’s decision, saying, “The stay was granted on the basis that the charges were not heard by the court within a reasonable time after being laid.”

“Given that the courts were essentially closed due to Covid for much of the period, the rationale for this decision is difficult to understand.”

SORE’s argument of the pandemic closing courts was echoed by Cluckie and the Town to local media.

While in-person court hearings were delayed and/or closed for periods of time during the pandemic, Ontario courts were never fully “closed”, many proceedings simply moved to a virtual format. Regardless, the number of months the Town had prior to the pandemic (i.e., any sort of court disruption) and the number of months it had once Ontario courts fully opened to in-person proceedings, taken together, exceeds the 18-month Charter limit.