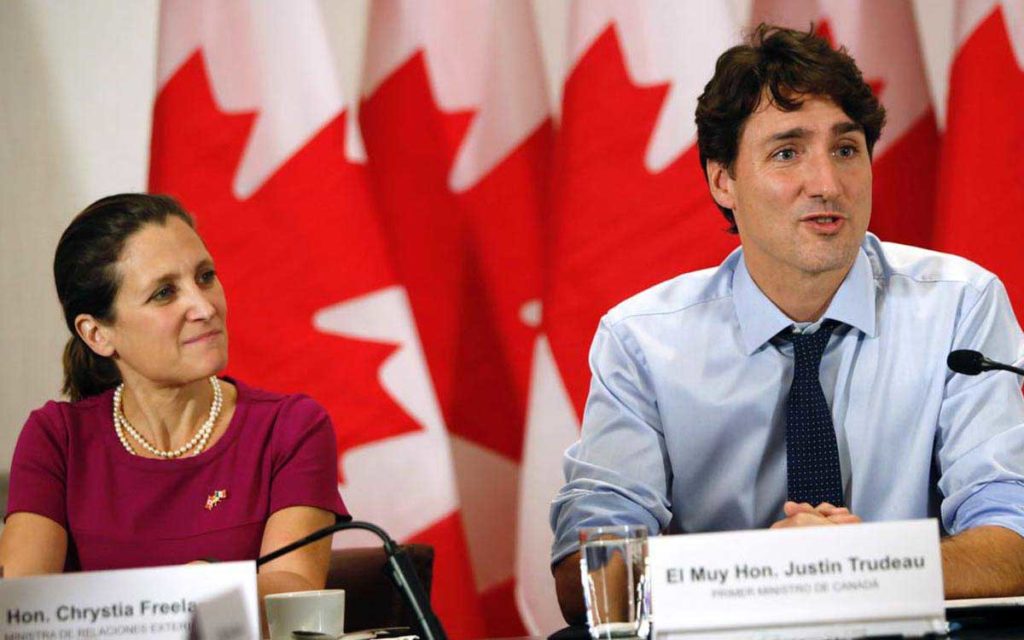 Prime Minister Justin Trudeau has revealed to Canadians that when the shuttered Parliament reopens on September 23 his government will deliver a Throne Speech to introduce “a bold, new progressive agenda” designed to restructure the country’s social safety net and address climate change. The Trudeau government is ready to bring in sweeping changes to Canada’s social welfare framework, revamping unemployment insurance, expanding health programs, and bolstering all forms of social assistance.

The Prime Minister has said a number of times in the last couple weeks that the pandemic crises provide an “unprecedented” opportunity to restructure the country’s economy and “fill gaps” in the federal government’s social safety netting. Trudeau asserts, “This is our moment to change the future for the better. We can’t afford to miss it because this window of opportunity won’t be open for long.”

Repeatedly PM Trudeau has signaled that his prescription for economic recovery is introducing more spending, more programs, and more government. Having installed Chrystia Freeland as his new Finance Minister, he has empowered a trusted ally who aligns with the PM’s ambitious government interventionist plan.

At her initial press conference, Finance Minister Freeland indicated she shares the PM’s vision, “This is a once in a lifetime challenge for our whole country and our commitment as a government is to do whatever it takes to support Canadians as we get through that challenge.” Freeland gushed that the government wants “to turn this tremendous challenge into a fabulous opportunity for our country.”

Yet, Freeland takes over the financial levers of a country drowning in debt, with a projection of $343-billion deficit in 2021. Through the past four years, the federal Liberals have outspent all past federal governments, including those governments that had to respond to world wars and global recessions. The government’s recent fiscal snapshot suggested the federal fiscal planning would not balance the budget until at least 2040 (and this was assessed before COVID-19).

Unfazed by these details, Finance Minister Freeland told a press conference this week: “Our government has taken on more debt so Canadians didn’t have to.” Freeland proceeded to report that the government intends to spend by the end of the fiscal year an additional $37 billion on an extension of CERB support program and an estimated $15 billion on an expanded unemployment insurance program. With these increased spending measures, the Trudeau government’s deficit this fiscal year will be nearly $400 billion and the federal deficit will have climbed beyond $1.2 trillion.

David Rosenberg, founder and chief economist of Rosenberg Research & Associates Inc. of Bay Street says the Liberals approach is nothing more than “a damn-the-torpedoes, full-steam-ahead fiscal policy response.” Lorrie Goldstein of Sun Media agrees, writing that “Trudeau’s big plan is to spend ourselves rich… all Trudeau’s bold vision for the future seems to be is a promise of more spending and more debt facilitated by low interest rates, which Canadians had best pray continue for decades to come.”

However, there is a much more significant and disturbing aspect to Trudeau’s and Freeland’s approach to fiscal planning than the Liberal’s increased spending. Financial reporter Kait Bolongaro of Bloomberg News editorializes that, in placing Chrystia Freeland at the helm of Canada’s finances, the PM “signals the most decisive lurch to the left in economic policy in at least four decades.”

Bolongaro foresees a much greater interventionist agenda as Freeland remakes the country’s socio-economic architecture: “It’s a major expansion of the federal government along the lines of the one overseen by Trudeau’s father, Pierre Elliott Trudeau, who increased program spending and deficits in the early 1980s to combat a recession.”

“In a minority government that continues to profit from pandemic protocol and prorogation, she’s been given the chance to put her affinity for far-left global economics into practice,” observes Bolongaro.

Ottawa political commentator Spencer Fernando concurs and goes as far as to warn: “The Liberals are moving Canada towards full-blown socialism.” In criticizing the new economic and social imperatives the PM and Finance Minister have foreshadowed for the impending Throne Speech, Fernando writes: “The Liberals are moving from measures that were good and important – providing people money when the economy temporarily collapsed due to CCP Virus – to something that is dangerous, providing a massive disincentive against work. So, the Liberals are going to simultaneously give out a bunch of money – at the expense of working class and middle class Canadians – to provide a disincentive to work… That is an absolute disaster, and all Canadians should be afraid of the consequences of this.”

Sun News political columnist Anthony Furey alerts Canadians to the opening of Parliament next month: “Is Trudeau really going to try to sneak an entirely new political agenda, one that he did not receive a mandate from voters for during the last election, into the same confidence vote that contains the renewal of COVID-19 measures? It looks that way.”

Furey suggests the Liberals’ philosophical shift in economic and social policy necessitates an election call: “This is cynical and dishonest politics. It would be far more honest to just separate the COVID-19 measures from what is sure to be a deeply ideological agenda. If Trudeau has finally given up pretending to be something of a centrist Liberal and is now embracing far-left progressivism, then he needs to seek a mandate from the people to enact it.”

So, Canadians are placed on notice: PM Trudeau and Finance Minister Freeland will advance “a bold, new progressive agenda” — and it is incumbent for Canadians to assess the costs and question where this shift to the left will lead our country.