Trudeau government is adrift – and rudderless 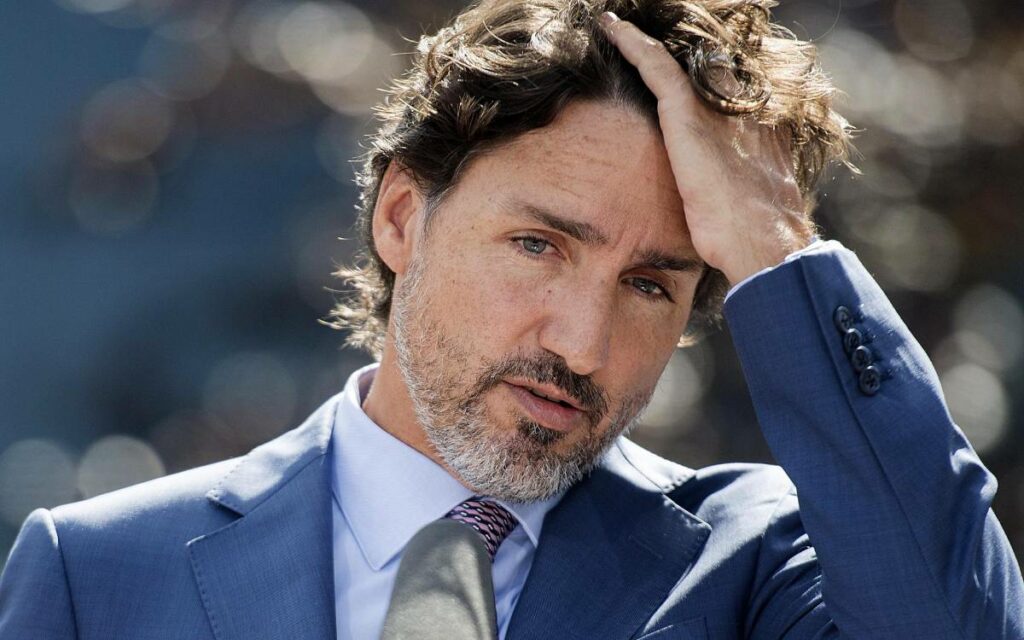 One cannot look at the news from Ottawa these days without wondering whether our Canadian ship of state is adrift – and rudderless. Is there anyone manning the bridge and steering the Trudeau government? Here are a few scandalous items to consider when attempting to answer this question.

Allowing Vance off the hook

There appears to have been an abrogation of any responsibility when the sexual misconduct of the country’s Chief of Defence Staff is willfully ignored by those who should take the lead in bringing this man to justice. General Jonathan Vance became chief in 2015 with a pledge to fight sexual misconduct in the Canadian military. Yet, through his career he himself was engaged in clandestine affairs with subordinates. Seeking justice, Major Kellie Brennan went public to accuse General Vance of misconduct and reveal a 20-year affair that saw her bore two of Vance’s children. She even recalled that she had sex with Vance the night before he was sworn in as chief, when he sought her advice on his speech condemning sexual misconduct in the Forces.

Brennan testified about Vance, “As he told me, he was untouchable.” And, as it has played out in the corridors of power, it appears people were stumbling over themselves to stay clear of the sex scandal. The current Minister of Defence Harjit Sajjan has been accused of ignoring the Vance allegations. MPs at the National Defence Committee heard that Sajjan “physically recoiled” when presented with evidence that his former military commander was entangled. Sajjan deliberately did not want to hear the details and threw the file (unopened) from his office.

Canadians learned this week that Prime Minister Justin Trudeau’s chief of staff Katie Telford also declined to be informed of the details of the wayward General when first told about his exploits in 2018. Telford testified she deliberately kept the Vance file from the PM’s eyes. Her modus operandi is evident: see no evil; hear no evil…presto, there is nothing the PM or Prime Minister’s Office will be responsible for. Scandal averted by rejecting the onus of responsibility. (It is incredible that the public airing of these sexual misdeeds would be suppressed by this feminist-active government.)

Here are two major policy initiatives that have not been highlighted in mainstream media.

First, this week the Trudeau cabinet formally listed all plastic items manufactured in Canada as toxic. As Blacklock’s Reporter uncovers, the “toxic” listing applies to items from auto parts to carpets, fertilizer bags, floor covering, fridges, furniture, “glass substitutes”, kettles, packaging, piping, stoves, textiles, toys and water bottles. Going forward Canadian plastic manufacturers will need to consider federal “risk management measures.” No details are given on what Canadian companies will be subjected to – although it is understood these national standards will not apply to imported plastic goods.

Second, the Trudeau government chose not to announce that it would be adding another five years to its self-imposed timeline to end First Nations water advisories. Justin Trudeau promised in the 2015 election campaign to end all long-term drinking-water advisories with First Nations by 2021. However, apparently, there is an extended deadline to 2026 – as revealed in Indigenous Services Canada documents that were buried in the government’s public accounts files.

A fascination with censorship

The drama around the legislation amending the Broadcasting Act have left many to question both Canadian Heritage Minister Steven Guilbeault’s competency and the government’s unstated intent to censor Canadians. The minister is publicly stating that the government wants internet giants like Netflix, YouTube, and Amazon to “pay their fair share” and promote Canadian content. In the Bill C-10 legislation Guilbeault empowers the Canadian Radio-Television and Telecommunications Commission to create their regulatory regime at some future time (after the election). Critics of Bill C-10 are concerned this plan would give unelected federal bureaucrats the power to regulate and censor Canadians’ internet content, including user-generated content. There is a serious question that this legislation violates the Canadian Charter of Rights.

In a National Post interview, former CRTC commissioner Peter Menzies stated the proposed government plan “doesn’t just infringe on free expression, it constitutes a full-blown assault upon it and, through it, the foundations of democracy.” One of Canada’s leading scholars on the internet, Professor Michael Geist, has also spoken out strongly against Guilbeault’s over-reach. Jordan Peterson has also stepped into the fray: “I have a million more YouTube subscribers than our national broadcaster CBC. So does that make me a broadcaster to be regulated by Trudeau’s pathetic minions?…Just try and regulate my YouTube channel and see what happens Justin Trudeau.” In the House of Commons, the PM and his minister have resorted to name-calling and ridiculing critics by stating they are nothing more than conspiracy theorists wearing tinfoil caps.

An inability to secure oil (and vaccines)

Just this week two more critical issues came to the fore as a direct result of the federal government’s inaction. On Wednesday, there was a high-drama showdown caused by Michigan Governor Gretchen Whitmer’s deadline for turning off the taps of Enbridge Line 5 pipeline. This pipeline moves more than half a million barrels of Western Canada crude oil a day to refineries in Ontario, Michigan, Ohio and Pennsylvania. Ontario and Quebec motorists are dependent on this oil supply – and Toronto Pearson International Airport is fully serviced by the fuel pumped through Line 5.

The Canadian government has warned that Line 5 shutdown would represent a threat to this country’s energy security – PM Trudeau even talked directly to his friend, U.S. President Joe Biden, on the importance of this pipeline. Still there is the possible likelihood that the oil will stop flowing and central Canadians will need to access other energy resources. Given no federal official – elected or otherwise – wants to speak publicly on this crisis, it appears the Trudeau government has no idea on how to deal with Governor Whitmer’s environmental zeal to bring the oil industry to heel. (It’s ironic that Trudeau is in this position given his government’s measures to throttle the Canadian oil and gas industry.)

There was also further disturbing news for Canadians on the subject of the country’s supply of vaccines. Canada currently ranks 39 in the world in “total vaccines per 100 people” and it ranks 87 globally for “fully vaccinated” citizens. With these grim facts, the PM held a press conference to announce to Canadians that they should expect “a one-dose summer” and perhaps that will lead to “a two-dose fall, when we’ll be able to talk about going back to school, back to work, and back to more normality.” Trudeau told us that, “There is hope for a slightly better summer” in which we might be able to “see our loved ones and invite friends over for BBQs.” This is conditional on the numbers going down, if more Canadians are vaccinated (and left unsaid: if we have the supply of vaccines).

So, as our faint hopes for summertime BBQs fade, shall we return to the question of whether there is anyone in the Trudeau government willing to take responsibility for steering our ship of state?