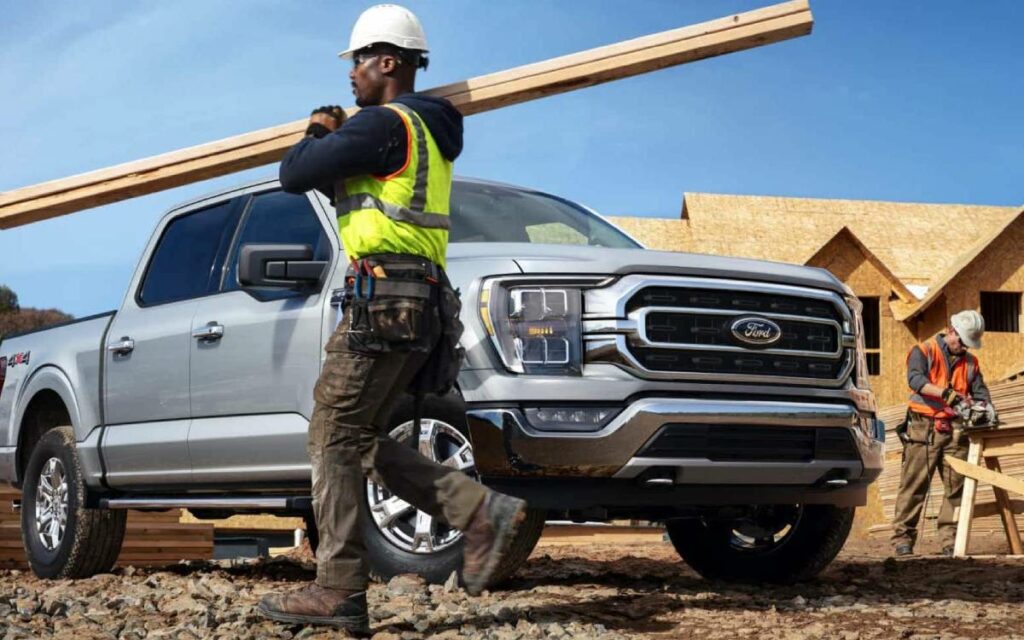 The tax bill would range from $1,000 for light duty pickups to $4,000 for the super duty trucks that tow horse trailers and construction equipment.

The Trudeau government is planning to hit Canadians with a big new tax on their trucks and sport utility vehicles.

For most people, this new tax will come as a surprise, as neither Prime Minister Justin Trudeau nor his Environment Minister Steven Guilbeault held a big press conference to announce their latest war on working folks. The recommendation to whack trucks with a big tax is buried deep in a new 271-page report from the Ministry of the Environment that was posted on the Government of Canada website March 31, 2022.

“This is our ambitious and achievable roadmap to reach our emissions reduction targets,” writes Guilbeault at the opening of the report.

The report is recommending to broaden an existing tax that currently hits large SUVs so that it would also hit trucks such as Ford F-150s, Toyota Tacomas, Chevrolet Silverado 1500s and Dodge Rams.

The tax bill would range from $1,000 for light duty pickups to $4,000 for the super duty trucks that tow horse trailers and construction equipment.

These pickups are also the most popular-selling vehicles in Canada.

The current tax hits new SUVs that use more than 13 litres of fuel per 100 km. For example, the GMC Yukon Denali and the Lincoln Navigator are currently subject to the tax. Ottawa hits the Nissan Armada with a $3,000 tax bill.

For many Canadians, trucks are as important to their work and daily life as a laptop and Zoom account is for those of us in offices.

You can’t pack a Prius full of poultry feed and it’s tough to stuff plywood into a Tesla.

For folks reading this in an urban core where such mechanical beasts of burden are a rarity: these trucks pick up and haul the gyprock the drywaller needs to reno your basement and the alfalfa that dairy cows are eating to make your next ice-cream cone.

As is common with all governments, these types of taxes always start with a small, select number of people to tax and then broaden it little by little every year until everyone is paying more.

Your little SUV could be next in the chutes. Think about the Honda CR-V or Toyota RAV4 that get you to the grocery store even when the streets haven’t been cleared in the winter.

If they move ahead with this change, what’s stopping the Trudeau government from targeting the smaller Chevy Blazers and Ford Explorers next time around? A stroke of the pen could impose the tax on dozens of other vehicles.

And how long will it take for Ottawa to hike the taxes on the sale of used SUVs and trucks while they’re at it? The federal and provincial governments already hit poorer people with sales taxes when they buy used vehicles, no matter how many times the car has been bought and sold.

While many people are struggling with record-smashing prices at the gas pumps and the soaring costs at the grocery store, the Trudeau government even opposes Ontario and Alberta’s temporary reduction in provincial gas taxes.

We don’t know exactly when Trudeau’s new truck tax will be implemented but based on his minister’s pedal-to-the-metal approach, it could be here tomorrow.

Buckle up your seatbelts, folks.

Kris Sims is British Columbia director at the Canadian Taxpayers Federation (CTF). This article first appeared on the CTF website on Apr. 14, 2022. Reprinted here with permission.