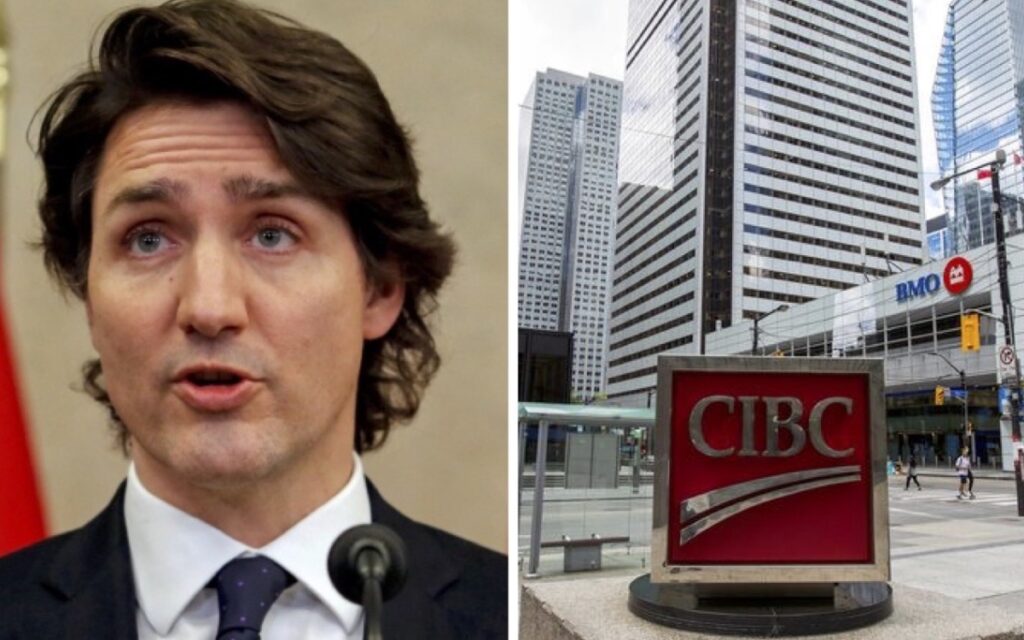 There is a consensus view from a chorus of financial experts that unbridled government spending will, despite the prime minister’s assurances, only stoke the inflationary flame. Photo credit: Reuters/Patrick Doyle and Carlos Osorio

Parliament resumed this week and on the first day back the government introduced two pieces of legislation to signal its focus on helping Canadians cope with the rising cost of living. Prime Minister Justin Trudeau forecasted the government will spend billions of dollars to provide relief from the financial strain being inflicted by inflation. Yet, according to Canada’s leading financial experts, the Trudeau government’s unrestrained spending is fueling the country’s inflation and exacerbating Canadians’ financial headaches.

On Tuesday, Trudeau’s team introduced Bill C-30, which will double the next two GST rebate cheques to Canadians, as well as introduce a dental care subsidy to uninsured parents with children under 12. It also introduced Bill C-31, which will enact a plan to send a one-time, “rent support” cheque of $500 to lower-income Canadians. Liberal MPs state that these measures are a targeted approach to supporting low-income individuals and families.

So, this year the Trudeau government has announced new program spending of $13.7 billion. This is over and above its 2022 federal budget announcement of $31 billion of new spending over the next five years (resulting in a fiscal deficit for 2022-23 of $52.8 billion).

PM Trudeau announced the latest “affordability package” while at a caucus retreat in New Brunswick a week ago. Trudeau explained in his presentation to the media corps, “My own perspective is Canadians are almost entirely preoccupied with the big issues we’re facing, whether it’s the rise in the cost of living, global inflation… We are retaining fiscal firepower and at the same time ensuring that those who need support don’t get left behind.”

Trudeau stated that the government’s $4.7 billion spending on new programs “is sufficiently targeted that we are confident they will not contribute to inflation.” The PM crowed, “These measures all put people at the centre of our plan to grow the economy. They are targeted to the middle class and people working hard to join it, while we continue to be responsible with public finances.”

Trudeau then repeated, “The help we’re announcing today will make a big difference for the people who get it in a targeted way that will not stoke inflation.”

Though not questioned by the mainstream media in attendance, the PM’s assertions did not reassure Canada’s financial community. In fact, there is a consensus view from a chorus of financial experts that unbridled government spending is problematic.

Derek Holt, head of capital markets economics at Scotiabank, sarcastically responded to Justin Trudeau’s statements. In a note to bank clients he wrote, “Any belief that it will ease inflationary pressures must have studied different economics textbooks.”

Holt reasoned “it seems sensible to assume that this will add to pressures on measures of core inflation” and it will “aggravate the Bank of Canada’s stance on monetary policy.”

Scotiabank’s financial expert also made this forecast, “The information today suggests that the Bank of Canada is likely to be dragged along by the Federal Reserve with domestic fiscal stimulus reinforcing the likelihood that the policy rate breaches 4 per cent by December, if not October.”

BMO senior economist Robert Kavcic was also critical of the government’s continued spending, “We’re not going to deny that there are households seriously in need of help right now in this inflationary environment. But, from a policy perspective, we all know that sending out money as an inflation-support measure is inherently inflationary.”

Avery Shenfeld, the chief economist for CIBC also warned his bank’s clients, stating “while there are times where fiscal largesse is just what the economy needs, these aren’t such times.”

Shenfield observed, “In a period of high inflation and excess demand, cutting taxes or handing out cheques can add fuel to the inflationary fire, and make the job of a central bank that’s raising rates to cool demand all that more troublesome.”

Shenfeld also forecasts potential dark clouds on the horizon for a government that has no financial discipline, “A recession is a distinct risk in the next two years, so this year’s revenue windfall might not last long. If another global crisis comes along in future years to sink growth and inflation, whatever fiscal room we can build up now will come in handy.”

Consider the rising cost of financing the federal debt with increased interest rates. In the recent budget, with the government’s planned deficit spending, the interest payments on the national debt will rise to $42.9 billion by 2027. This figure is factoring a near-zero interest rate, however with interest rates at three or four per cent, the government will be paying triple or quadruple that amount in servicing the debt. With higher interest rates, future governments’ ability to carry the debt is increasingly difficult.

High inflation necessitates high interest rates, which in turn dearly costs all Canadians’ cost of living. According to financial experts this vicious cycle is fueled by increased government spending. Verily, it is a relatively simple equation for those who understand monetary policy.