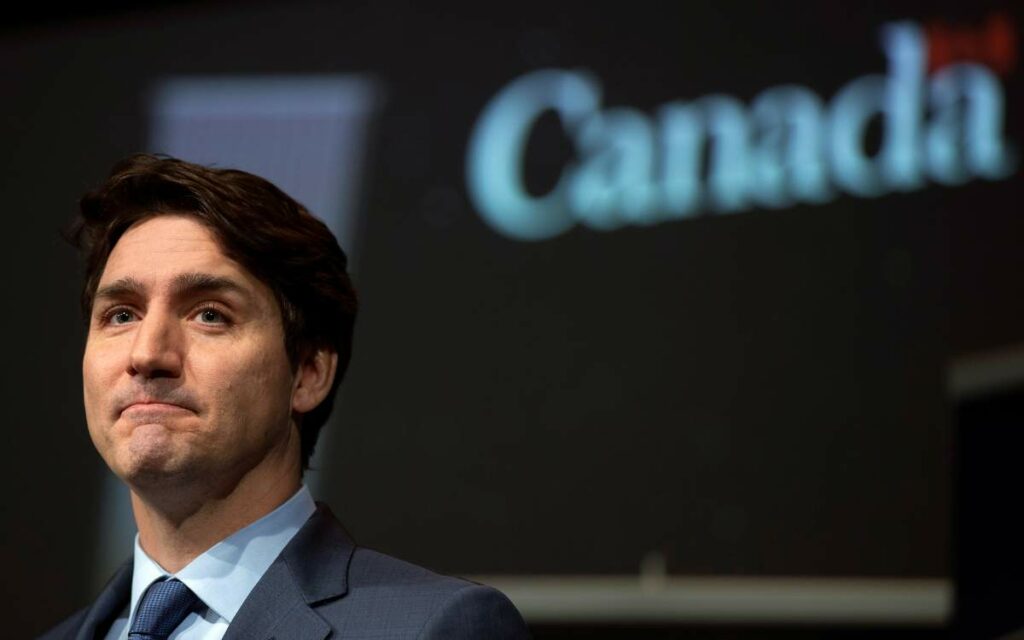 Prime minister appears more than content to push buttons in the lead-up to May 29. Photo credit: Reuters/Christine Muschi

It is becoming increasingly evident that Prime Minister Justin Trudeau and the federal Liberals have initiated a political powerplay to impact Alberta’s spring election. The PM and his ministers started 2023 making comments that are seemingly designed to agitate western Canadians, particularly Albertans.

From confiscating hunting rifles to profiling an employment program that transitions workers away from the oil and gas industry, to suggesting the provincial government provide more in subsidies for new green programs, the federal Liberals are now advancing issues and using inflammatory language to poke and prod the Albertan government of Premier Danielle Smith.

Alberta and Premier Smith are in PM Trudeau’s crosshairs when it comes to the political gamesmanship being played out with the government’s gun control legislation. In 2022, the federal government introduced legislation that establishes a buyback program requiring firearms owners to sell their assault-style weapons. Public Safety Minister Marco Mendicino proposed that the RCMP and provincial police forces take the lead role in retrieving more than 1,500 models of firearms from Canadians.

However, the federal government’s buyback plan was immediately rejected by four provinces (Alberta included) and a territory – and First Nations – who are now exploring ways to legally challenge the federal gun program.

Then in December the federal Liberals pulled a fast one in parliament and introduced last-minute legislative amendments that expand the scope of the new federal law to prohibit sport shooting weapons and hunting rifles. Even the NDP MPs were caught off guard with the move. MP Charlie Angus admitted, “The amendment came out of nowhere. This was a handgun bill. We suddenly saw this other legislation that has a lot of people who are legitimate gun owners worried. I think they overreached.”

Just prior to Christmas, the Alberta Justice Minister Tyler Shandro responded with an announcement that, as of January 1, 2023, the province’s Crown prosecution service would assume responsibility for firearm prosecutions. Shandro expressed Albertans’ frustrations in the federal legislation that attacks hunters, farmers and sport shooters. He further called out the federal Liberals for purposefully targeting western Canadians, “This is about shoring up their own political support.”

A Globe and Mail lead editorial concurs that it is sheer politics: “The Liberals jammed a wedge into their handgun bill. They need to pull it out.” The paper wrote: “This confusion is all too typical of the divisive political debate over guns in Canada… the Liberals suddenly drove a wedge into their bill. They need to clear the air and get this important legislation back on track.”

The last shots fired in this federal-provincial standoff were federal minister Mendicino’s statements to Canadian Press about the upcoming months. Last week the minister hinted that Ottawa was now looking at “third parties” to implement its buyback program in provinces who are not cooperating. Mendicino is quoted: “We’re working with industry leaders, we’re working with potential third parties. So we are exploring all of these options.”

In the same news cycle that had Mendicino conjuring up scenes of hired guns confiscating Canadians’ guns, Natural Resources Minister Jonathan Wilkinson was announcing the government’s intention to introduce new legislation to retrain oil and gas workers for new green energy employment. Wilkinson appeared to be smirking when he revealed the federal green jobs initiative is called the “Just Transition” program.

With few specifics, the minister waxed on about the great opportunities there are in the future green economy. “I said it many times publicly that I do not believe that the challenge we are going to face is that there are workers who are displaced that will not find other good-paying jobs. I am actually quite worried that there are so many opportunities … we will not have enough workers to fill the jobs.”

Wilkinson indicated that he is working on the “Just Transition” legislation with Labour Minister Seamus O’Regan. He is also working closely with NDP MP Charlie Angus, as the initiative is a core part of the confidence-and-supply agreement between the Liberals and NDP.

Premier Smith was quick to retort that Albertans are “not interested” in having a Liberal-NDP program that is enabling the province’s largest industry to be “phased out of existence.” Smith asserted, “The prime minister wants to phase out the workforce for the largest industry in Alberta and hasn’t bothered with getting Alberta’s input. We have had no consultation, no discussion.”

The Premier added, “Oil and gas — and its thousands of by-products — will be a part of the global economy for decades, and Albertans own one of the largest reserves of it on the planet. Albertans, not Ottawa, will manage our resource sector how Albertans see fit.”

Alberta Environment Minister Sonya Savage also took issue with the federal government’s “just transition” program. Savage stated, “Alberta is proud to be one of the most responsible producers of oil and gas globally. We have been a world-leader for decades. We expect the federal government to stand up for our world-leading oil and gas employees, instead of trying to eliminate their jobs.”

The political reverberations about Wilkinson’s announcement were still being felt when last Friday PM Trudeau entertained Reuters News with an interview in which he deliberately poked at Alberta’s carbon tax policies. Trudeau stated, “There is a political class in Alberta that has decided that anything to do with climate change is going to be bad for them or for Alberta… We’ve seen for a while Alberta hesitating around investing in anything related to climate change.”

In his first interview granted in 2023, Trudeau suggested the province should use its surplus funds to provide greater tax credit subsidies for investing in green energy projects. “I think there’s a role for provinces with surpluses, with the capacity to be investing in their future and their workers future.”

The PM’s slight elicited a strong rebuke by Premier Smith who stated Alberta is tired of Ottawa’s divisive politics. “We have a prime minister who plays favourites and treats different parts of the country in a different way. This is the thing that I think Albertans are tired of — is that we continue to be the punching bag of the federal government and this Liberal prime minister, in particular, for political reasons.”

This past weekend, Rob Breakenridge of the Calgary Herald wrote an opinion column lamenting that “Ottawa’s bungling or politicking” is destroying any cooperation between the federal and provincial governments. At question is the intent of the federal Liberals with their flurry of January media interviews that “very much paints a picture of an antagonistic federal government.”

Breakenridge muses, “It seems rather odd that the Trudeau Liberals would plant such a flag just over four months away from an Alberta election, and this could all just be a by-product of incompetence or political tone-deafness. Or it could be a deliberate strategy — one that seeks to use Alberta as a political wedge.”

Indeed, the PM’s and federal Liberals’ brazen use of wedge politics and their orchestration of hot-button issues are clearly in play. And these political games are sure to continue for months, until Albertans vote.