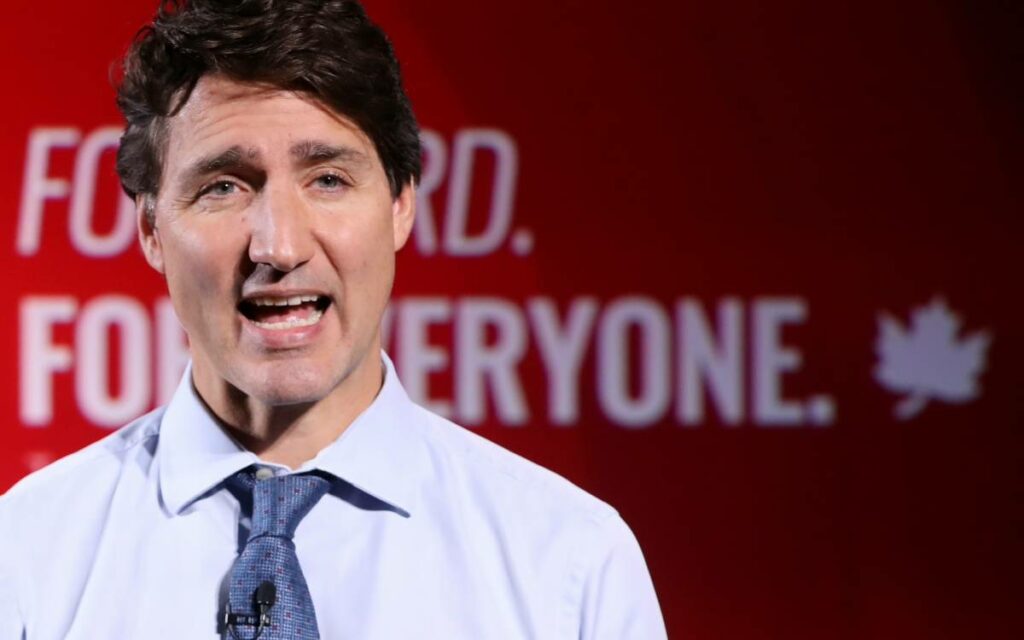 Like all politicians, Justin Trudeau reveals more about what he is thinking when he breaks away from his prepared notes and teleprompter and speaks directly to a reporter’s question or citizen’s concern. It is in his unscripted moments that Canadians get a glimpse of his intent in governing the country. There have been two such candid moments on the campaign hustings that provide a window into what a majority Trudeau mandate would mean for Canadians.

The first such moment came as an off-the-cuff admission. At a BC campaign stop, Trudeau entertained reporters’ questions in a scheduled scrum. A question was asked: “You mentioned the Bank of Canada’s mandate. That mandate is actually expiring at the end of this year. If re-elected, it’s probably the review or the extension of the mandate that is probably the first big economic policy decision you’d make after the election. Do you have a position on the mandate? Would you support a slightly higher tolerance for inflation?”

Justin Trudeau responded: “I don’t know. When I think about the biggest, most important economic policy of this government, if re-elected, would move forward. You’ll forgive me if I don’t think about monetary policy.”

No doubt this was an honest reply by Trudeau, who has never shown an aptitude for fiscal issues. However, is it an adequate retort for a leader of a nation that is currently seized with unprecedented economic uncertainties? Statistics Canada had just reported Canada’s economy had contracted in the second quarter this year – a surprise for all financial analysts. It also reported the country’s inflation was 3.7 per cent – the highest it has been in two decades.

With the anxiousness over the oncoming fourth wave and whether it forebodes further shutdowns and disruption of the economy, is it not reasonable to think our prime minister would have given the country’s fiscal health a passing thought?

David Dodge thinks so. In an interview with BNN Bloomberg, the former governor of the Bank of Canada stated Trudeau must be more attentive to the country’s finances. Dodge said, “I think he should take it back…Neither Trudeau One nor Trudeau Two have been terribly interested in monetary policy, very unfortunately. In any event, he’s wrong. The new government has a very important set of decisions to make coming up on monetary policy and in terms of the renewal of the agreement with the Bank of Canada.”

The Bank of Canada’s mandate is reviewed and set every five years. One of the central responsibilities of the Bank is to manage the country’s inflation targets. The rising inflation pressures will have a profound impact on individual’s finances – and yet, evidently, Trudeau does not consider this.

Justin Trudeau’s nonchalant attitude about Canada’s monetary policies is not surprising. He has led a government that has had no concern for budgets, deficits or national debt. The 2021 budget document announced $135.2 billion of new expenditures in the next five years that will result in the country’s federal debt exceeding $1.4 trillion. To put this into perspective, the Trudeau Government has spent more money in six years than all past federal governments in the history of our country combined, and it has done so more than doubling the nation’s debt.

With Trudeau’s gross spending sprees, there appears no regard for fiscal sustainability. In July, prior to the election call, the Trudeau government spewed billions of dollars: $1.3 billion to BC’s SkyTrain, $1.4 billion to climate change, and $5.2 billion to bailout Newfoundland’s Muskrat Falls hydro project. The Liberal election platform contains an additional $78 billion in new spending.

The Liberals’ spending is endless; it is as if the public purse is bottomless. This much we can expect from a renewed Liberal mandate – and Trudeau will not give monetary policy a thought.

The second candid moment for Justin Trudeau comes from a stump speech and follow-up interview alongside deputy prime minister and finance minister Chrystia Freeland. At this campaign stop in London, Ontario, Trudeau and Freeland both expressly linked the government’s pandemic response to their future implementation of the Liberals green agenda. Trudeau stated that what they had learned from managing the pandemic they would use in the fight against climate change.

What exactly should we take from Trudeau and Freeland referencing pandemic emergency measures as a means to achieve their green policy objectives?

Earlier this year Trudeau was a central figure in a United Nations conference that urged all governments to declare a state of “global climate emergency” until the world has reached net zero CO2 emissions. The same conference urged governments to leverage the COVID-19 pandemic. The U.N. message to its member states was clear:  governments “have a major role in setting the conditions under which lifestyle changes can occur, through shaping policy, regulations and infrastructure investments…COVID-19 has provided insight into how rapid lifestyle changes can be brought about by governments…The lockdown period in many countries may be long enough to establish new, lasting routines if supported by longer term measures. In planning the recovery from COVID-19, governments have an opportunity to catalyse low-carbon lifestyle changes by disrupting entrenched practices.”

In other words, the pandemic is the opportunity to implement the U.N.’s “The Great Reset.” Both Trudeau and Freeland know what is in play here. In the past two years, Trudeau has increasingly championed the U.N.’s globalist agenda. Canada’s finance minister Freeland is a board member of the World Economic Forum, a body intent on advancing “The Great Reset” and the objective of resetting capitalism.

When considering what a renewed Trudeau mandate will mean for Canada, is Financial Post columnist Terence Corcoran fearmongering in suggesting Canadians might expect personal carbon passports and travel restrictions tied to decreasing fossil fuel use? Corcoran’s recent column is as disturbing as it is plausible given Trudeau’s and Freeland’s allegiances to the U.N. and W.E.F.

Following this thread, the economic policies that Canadians can expect to see introduced “to fight climate change” are laid out in detail in W.E.F. documents and presentations:

Given that all these policies have been openly floated by Liberal MPs in this past year, it is reasonable to think that they will be core policies for a future Liberal government.

In the cited examples, Justin Trudeau’s unscripted comments reflect the Liberals’ approach to governing since they assumed power in 2015. Should Trudeau receive his coveted majority mandate we can expect more of the same: four more years of big(ger) government, unbridled in its spending and unabashed in pursuing its set agenda.