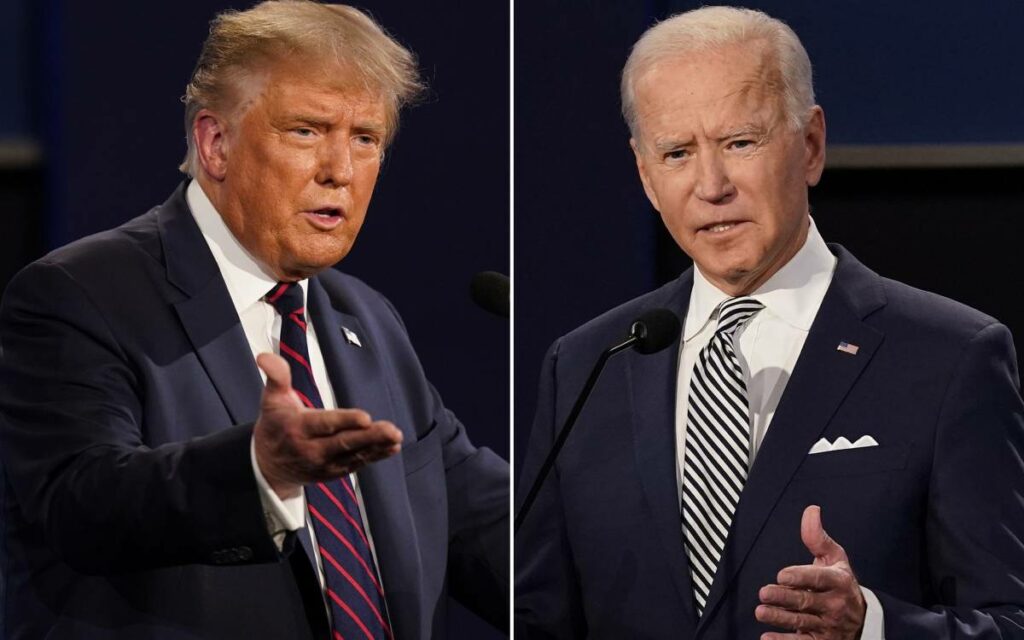 If they both have their way, we could be headed toward another showdown between Donald Trump and Joe Biden in November 2024. Partisans may like the idea of four more years of either one, but patriots can see that the United States needs a fresh start for the next administration, one free of Donald Trump and his outsized ego, and one free of Joe Biden and his flagging sentience. Photo credit: AP News

In 1996 Warner Bros released My Fellow Americans, a movie about two former presidents (played by Jack Lemmon and James Garner) who had alternated in office over a period of years and came to loathe each other. Could life once again be imitating art?

As the United States heads into its mid-term elections later this year the public may not realize this, but right after these races are called, candidates for the Republican Party will begin to announce for the presidential nomination in 2024. While the race will still be almost two years off, those who are serious will be organizing their campaigns, hiring staff, and developing a strategic plan for victory. Whether or not the Democrats will be entering the same process remains unclear because no one, including perhaps Joe Biden himself, knows if he will be a candidate again. If, however, as many believe, former President Trump runs for the Republican nomination, several sobering scenarios will have to be considered.

First, if Trump runs the GOP will have to contend with two problems. He will likely reduce the field to less than half a dozen contenders and some of their best talent (Governor Ron DeSantis of Florida, former Governor Nikki Haley of South Carolina, just to name a couple) will stay on the sideline, fearful of what nasty and possibly career-defining venom he would lob their way. Additionally, he will inevitably lose some primaries and will then say those races were rigged or there was fraud, destabilizing the party from within.

Second, he will distract from the party’s message because he will be busy ensuring that all attention is focused on him. Instead of the party pouring its energy into policy creation, it will be a spectator to the media bloodsport of covering Trump’s ill-advised musings which sustain his insatiable desire for attention, while marginalizing any positive prescriptions the Republicans may have for the mayhem the Biden Administration has created for Americans and their economic prospects.

Lastly, Trump will be 78 in 2024. The same age Biden was in 2020. Biden’s obvious struggles with age should be no comfort to Americans if they think Trump will somehow be more engaged or enjoy a better level of energy. Anyone nearing the age of 80 is undeniably contending with issues of age. If Americans are uneasy with a president who is presently serving in his 80th year, why would Donald Trump, himself closing in on 80 when inaugurated, offer any comfort? The demands of the office have always been great. With the world looking the way it does today, that demand is set to increase. Another octogenarian in the White House would mean four more years of doubts, uncertainty, and fear that the country may lose its leader in the middle of a crisis. This spells instability, something Americans are quickly growing weary of as they watch the present administration have to explain the frailties of the Commander in Chief daily.

As for the Democrats, the prospect of having to explain, cover up, and blatantly avoid the issue of President Biden’s diminishing faculties will create unnecessary and uncomfortable ruptures in the party’s unity. There has already been evidence of progressive impatience with House Speaker Nancy Pelosi, another octogenarian, and with Biden being 82 to begin a second term it is not tenable to think that any sense of loyalty to Biden would not be put to the test. While the President has offered the left flank soothing words of support and even backed it up with programs and money, he does not project confidence or steadiness.

There are whispers that many in Biden’s cabinet cringe when he speaks to the press, fearful he will box them in with a gaffe from which they cannot escape. Those who have viewed videos of Joe Biden from his years as VP, especially the clips of him debating, are astonished at the decline in his mental coherence. If the President decides to step aside or step down, the party will be in turmoil. Joe Biden is the only thing keeping the Democratic Party from a civil war, yet it is not at all clear he can govern independent of staff supervision and his wife’s doting presence.

The progressive left is tired of waiting and a run from one of its members, such as AOC, will bare all of this in a nasty public fight. While Bernie Sanders may finally acknowledge he is too old, at 83, the left will want its reward for supporting the supposedly more moderate Biden. Kamala Harris may suffice, but the progressives will want a place on the ticket. This is where the Democrats could easily get ahead of their skis. A Democratic Party far out of the mainstream will not serve America well and could easily push voters back into the arms of a Trump-led Republican Party. The prognosis for domestic tranquillity is not good.

If Biden were to successfully recapture the nomination, then the country would be treated to the second wave of Biden v. Trump, a little bit louder and a little bit worse. Saying the two dislike each other is like suggesting that Megan and Harry are in a misunderstanding with the rest of the Royal Family. The two men loathe each other. Their staffs disdain their counterparts, and the implications for the nation would be explosive. Any type of debate forum would be irreconcilable. Trump does not listen to rules or expectations, and Biden has become unsure himself when performing before an audience, often having to be led in and out of a room. Not a good look for the leader of the free world.

Finally, one of them would win. If the nation was divided after four years of Trump and further at odds after four years of Biden, it is unimaginable what the prospects of four more years of Trump (or Biden) would produce. Partisans may like the idea of four more years of either one, but patriots can see and easily recognize that the United States needs a fresh start in 2025, one free of Donald Trump and his outsized ego, and one free of Joe Biden and his flagging sentience. 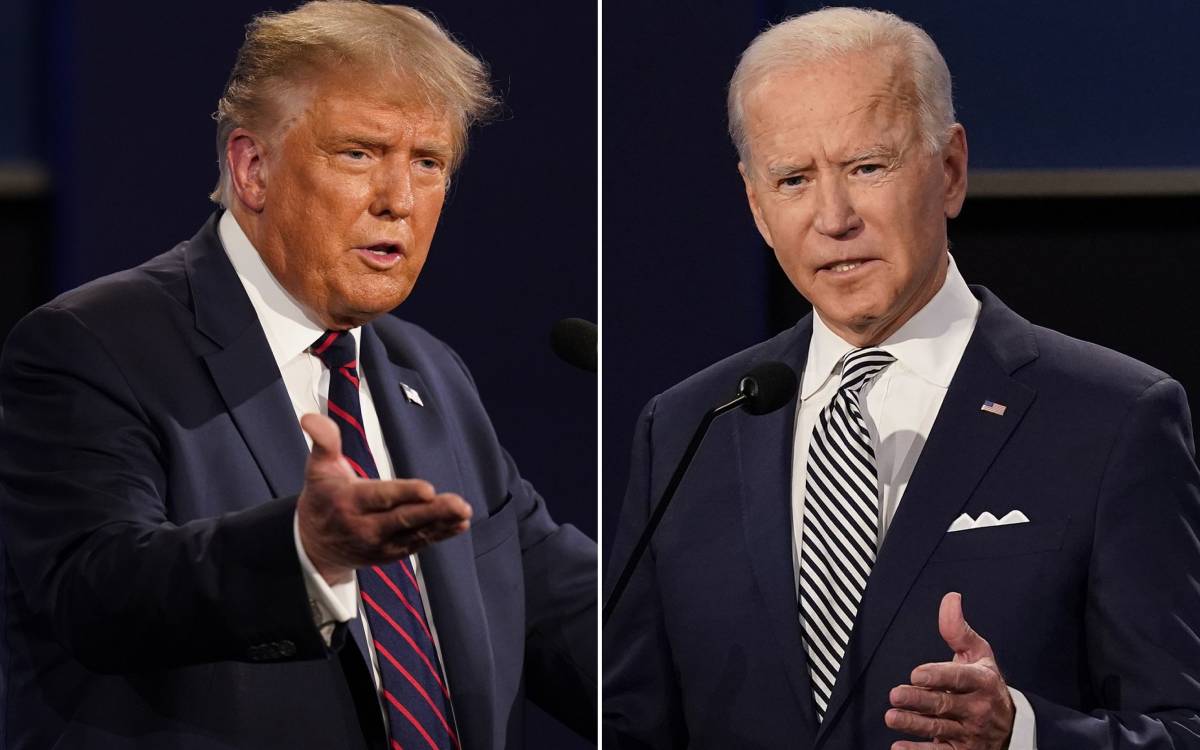