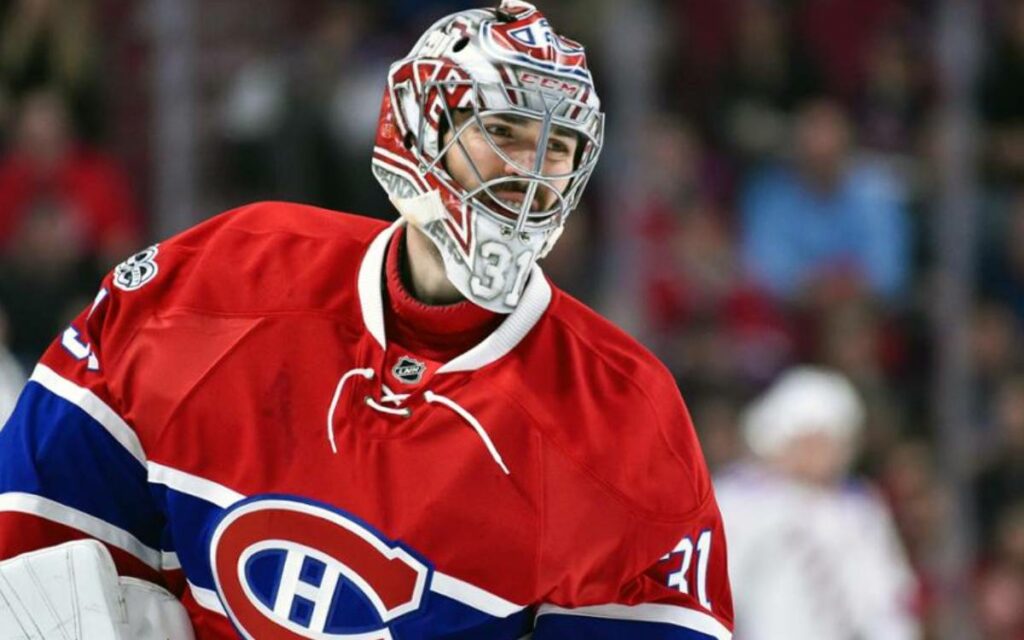 There’s no doubt that Carey Price and Andrei Vasilevskiy are the focus of both combatants and most fans as the 2021 Stanley Cup Final began Monday night in Tampa Bay.

The Lightning are the defending Stanley Cup Champions, while the Montreal Canadiens will battle for Lord Stanley’s mug for the first time since 1993.

The numbers you’re about to read, in particular the goals against and save-percentage categories, are simply spectacular.

One could argue that Price is the only real star on the Habs roster. Meantime, Tampa Bay features the playoff leading scorer in Nikita Kucherov, Norris Trophy candidate for top defenceman in Victor Hedman, and Vasilevskiy.

For a fourth straight series the Canadiens will be underdogs, yet their speed and depth along with four big blueliners have proved their worth over and over and over again in the first three rounds of the Stanley Cup playoffs.

Captain Shea Weber is obviously the leader of the Montreal back end, but many people forget Joel Edmundson won a Stanley Cup with St. Louis just two seasons ago. Add in the steady Jeff Petry, and the not afraid to mix it up Ben Chiarot and you see why Canadiens interim head coach, and former NHL defenceman himself, Luke Richardson relies so heavily on the so called Big-4.

No one expected the Habs to beat the Toronto Maple Leafs, especially after they trailed the best of seven series three games to one.

Next up was the grittier, deeper, Winnipeg Jets – a Montreal sweep.

Then it was the Stanley Cup favorite Vegas Golden Knights. Les Habitants prevail in six games.

This reporter was personally cheering for Welland native Cal Clutterbuck and the can’t stop working, underdog, New York Islanders, but the Tampa Lightning proved to be too strong for the Isles.

With that being said, there’s just something about these Montreal Canadiens. A lot has to come together, and come together at the right time for a team to win the Stanley Cup.

My prediction: the Habs, behind the aforementioned Carey Price, will lift the Stanley Cup in 2021 defeating the Bolts in five games.

Three Niagara based players including two that played the Lightning all season long in the NHL Central Division, gave us their Stanley Cup Final picks.

Niagara-on-the-Lake’s Ben Harpur, who patrolled the blue line for the Nashville Predators this past season had a short simple answer:

“I think Tampa Bay is going to get in done in six games.”

“They’re just so solid defensively. They can just shut teams down, and it’s tough to score on them. I’m going to go with the Habs.”

“I thought some of the teams that have lost (already) were really good teams, so I’ll probably have to say Montreal,” Hamilton said.

“Everybody’s been doubting them and they just keep winning.”

Former Niagara IceDog Carter Verhaeghe, who won the Cup with Tampa Bay last season, who now plays forward for the Florida Panthers feels the Lightning are too playoff and Stanley Cup Final proven.