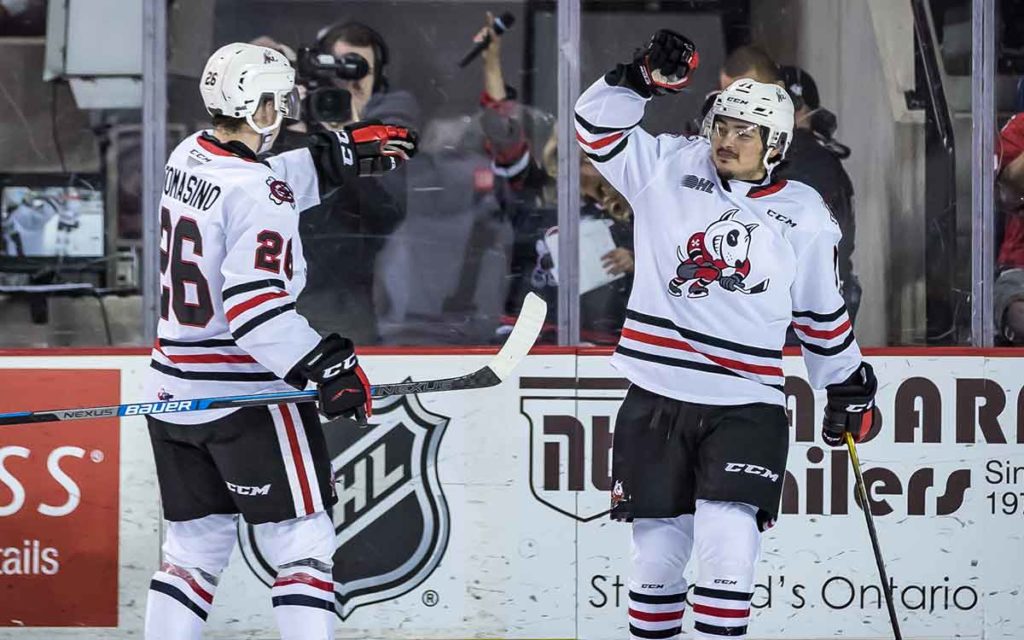 The Niagara IceDogs lit the lamp eight times in front of a loud crowd at the Meridian Centre Friday night. The offensive explosion was lead by Philip Tomasino and Kyen Sopa who combined for a total of 11 points in an 8-4 victory. The IceDogs now sit in fifth place in the Eastern Conference with a 3-2-1-1 record good enough for eight points.

Not only did Tomasino and Sopa earn post-game star honours but they were both recognized by the Ontario Hockey League for their offensive efforts with Tomasino earring the league’s first star of the week and Sopa earning second star.

Tomasino, a Nashville Predators first round pick tied a Niagara IceDogs single game franchise record on Friday, with his six points. He follows David Pacan as just the second player in Niagara IceDogs history to put up six points in a game. Pacan did it way back on March 5, 2011. Tomasino, an 18-year-old from Mississauga, recorded his first career OHL hat-trick along with his three assists, increasing his point total to an impressive 15 (5-10–15) through his first seven contests. The 24th overall pick of the 2019 NHL Draft, Tomasino was originally Niagara’s first round (5th overall) pick in the 2017 OHL Priority Selection.

Meanwhile Swiss born sophomore Kyen Sopa was all over the scoresheet as well on Friday night, recording his first OHL hat-trick along with two assists. Sopa scored all three of his goals in the first period and all in a span of just under 11 minutes. The 19-year-old native of Flawil, Switzerland has 12 points (7-5–12) through his first seven games of the season. He was Niagara’s first round (32nd overall) pick in the 2018 CHL Import Draft.

Riley Damiani of the Kitchener Rnagers was named the league’s third star.

After the Kingston game head coach Billy Burke said the coaching staff put some pressure on their players to treat it like a “must win game”. “When you can come out and score five in the first period it sets the pace for the rest of the night,” said Burke.  Even with the big offensive first period Burke said he’s been around long enough to know that in the OHL you can’t relax with a lead no matter how big.

The IceDogs’ next home game is this Saturday, Oct. 12 vs the North Bay Battalion. Puck drop is 7 p.m. 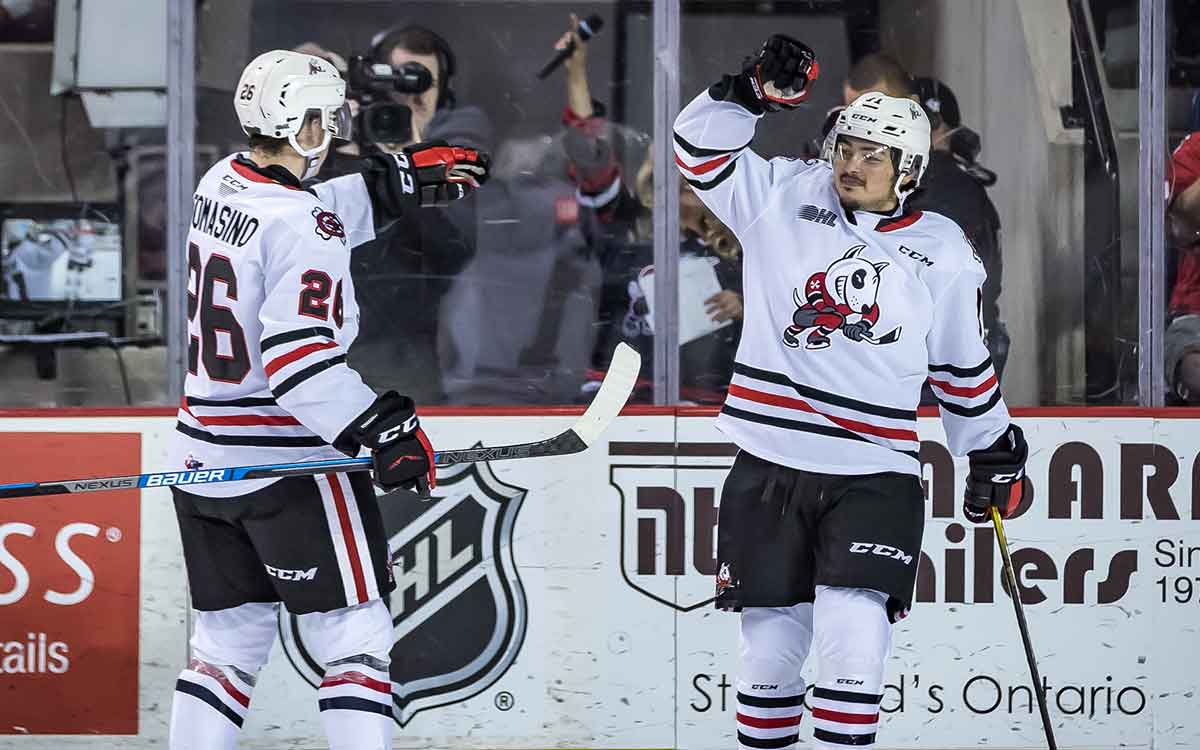