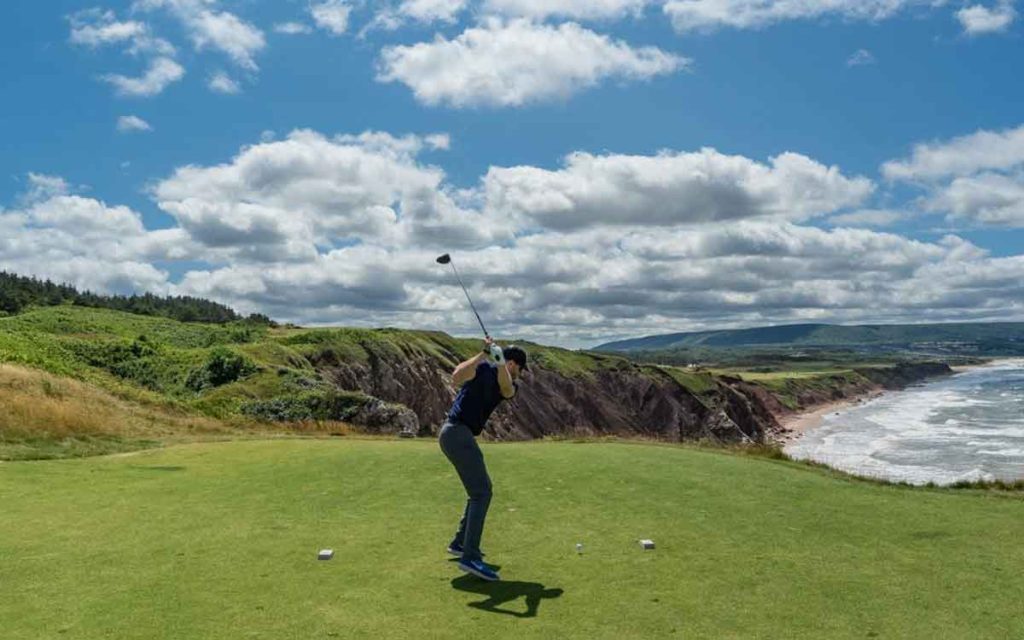 Cablot Links golf course in Cape Breton where the course owners asked the federal government to build an $18-million airport to service the resort.

The Cabot Links golf resort is a luxury facility set amidst the landscape of stunning Inverness, Cape Breton. It’s $125 for a plate of caviar and $320 for an 18-hole round of golf. The Cabot website says the links are a “scenic two-hour drive” from the Sydney airport. For chartered flights, the Port Hastings airport is only 80 km away. Helicopters are also available. The course confidently claims: “getting to Cabot is easy.”

Apparently it’s not easy enough. The owners of the Cabot resort, who’ve already received at least $17 million in taxpayer-backed loans, have reportedly asked the federal government to build an $18-million airport to service the resort. Lowly jet-setting golfers of the world can breathe a sigh of relief.

Politicians aren’t exactly lining up to take credit. Nova Scotia Premier Stephen McNeil has said Ottawa asked the province to put the airport on the list of joint infrastructure proposals and it would cost the province millions of dollars.

Inverness MLA Allan MacMaster says the proposal doesn’t make business sense, noting there has been no analysis whether sufficient demand even exists. WestJet has already confirmed it would not add a route to the proposed airport.

Other community leaders are worrying the scheme will cost their communities more than taxpayers’ money.

Port Hawkesbury Mayor Brenda Chisolm-Beaton told media that a federal staffer said the new airport would not attract a dime of private funding. Worse, the Port Hawkesbury airport is an hour from Inverness and may be forced to close if a provincially and federally funded airport opens down the road.

She raises another question: Why can’t the Cabot golf resort owners, who do not appear to be lacking financial capacity, pay for their own airport? Another luxury golf resort in Nova Scotia, Fox Harb’r, funded its own private airport to accommodate its high-end guests, according to Chisolm-Beaton.

Yet the Nova Scotia government is struggling to provide basic frontline services.

Emergency room doctors in the Annapolis Valley launched a GoFundMe page to pay for more long-term care beds. Ambulances are often unavailable for entire regions. In Cape Breton, emergency departments are regularly closed. More than 10 per cent of Nova Scotia’s population doesn’t have a family doctor.

Then there are the potholes – many of which pepper the scenic drives to Cabot Links from the two existing nearby airports. For years, the Cape Breton Regional Municipality has struggled to pay for needed road repairs. In May, Halifax had almost 2,000 potholes still left to fill.

Given these obvious needs it is impossible to justify spending taxpayer money on a new airport for the benefit of one big business.

A group of political heavyweights supporting the new airport have launched a sleek website citing rosy economic impact claims. Pity they aren’t spending as much effort launching a private investment group to pay for it.

The province can barely keep the lights on while Ottawa is running a $19 billion deficit in spite of the prime minister’s promise to balance the budget. Scarce tax dollars should be spent on fixing health care and roads – not cutting the commutes of jet-setting golfers.

Paige MacPherson is Atlantic Director of the Canadian Taxpayers Federation. 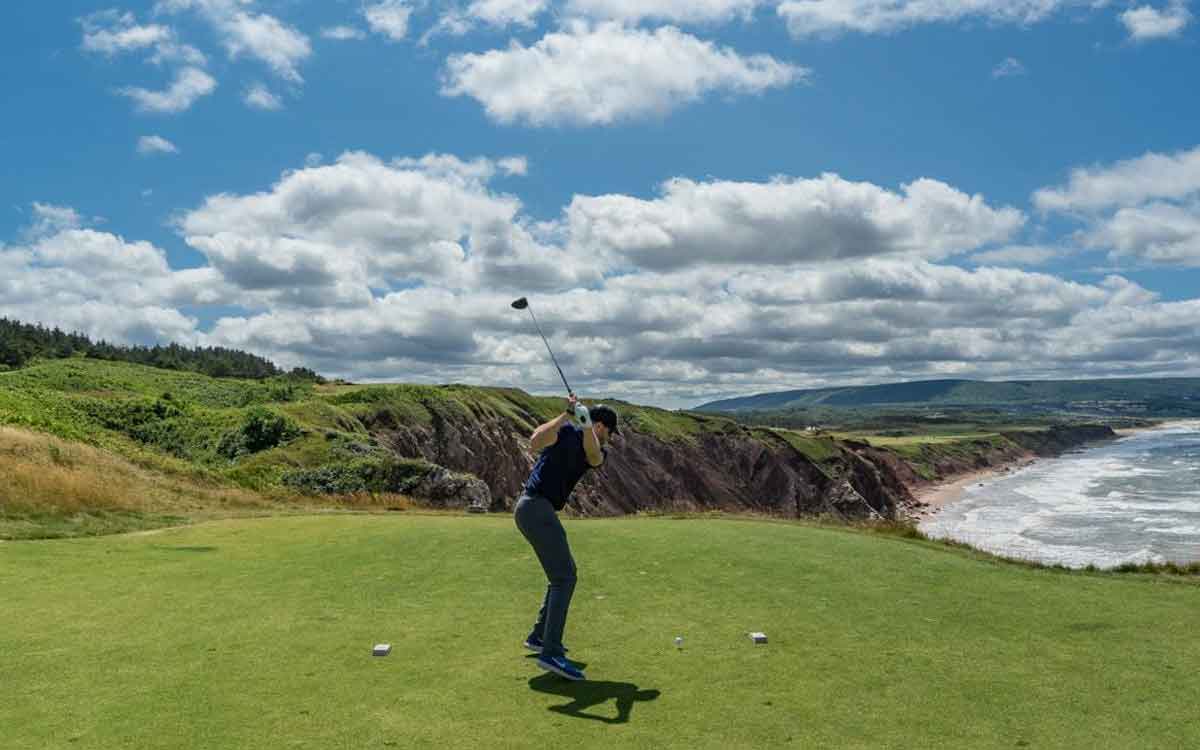