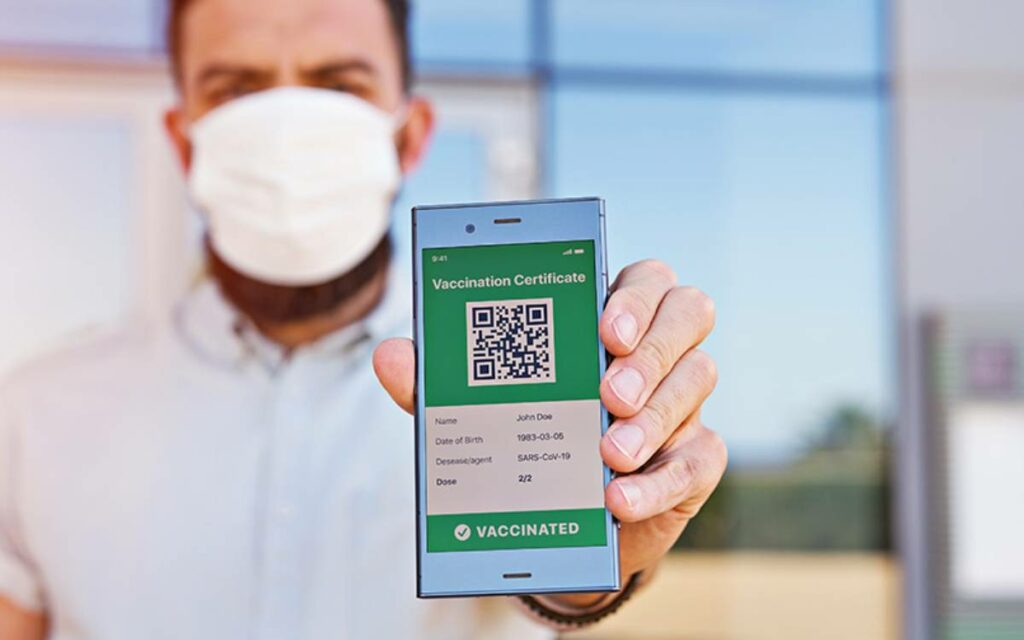 As more and more Ontarians have become fully vaccinated, support for some type of passport seems to have been increasing. A growing number of cases of the Delta variant of the virus has also prompted demands for a form of proof of vaccination as a means of avoiding or lessening the punitive lockdowns that accompanied previous waves of COVID-19. Some other provinces have already announced their intentions to do something similar, including Quebec and British Columbia which have created passports based on smartphones. Manitoba has also announced that it plans to do something similar.

The fact this has become an issue in the federal election has also likely put more pressure on the Ford government to do something more tangible than it has previously, when it has said people could merely use the Ministry of Health document received following vaccination. With Trudeau desperately looking for an issue to make Conservatives look bad, he recently announced a billion-dollar fund to supposedly help provinces set up a passport system and has been calling on Ford to “step up” and implement such a plan.

Although Trudeau has said he will impose mandatory vaccination on federal government workers, that claim turned out to be less than true as unions opposed such a move and a closer examination showed that employees who refused the vaccine would not be fired but rather subject to more frequent testing and other measures. Even though Trudeau is attempting to make political hay by leaning on the provinces to put vaccine passports in place, he has studiously avoided undertaking a federal passport initiative.

Many other countries that have implemented a vaccine passport have done so at the national level to ensure consistency across their nations. Some Ontario regional health authorities, such as in Peel Region, have said that they wanted such a system and would implement their own if the province did not, but that it would make more sense to have a province-wide policy rather than regional differences.  Of course, the very same argument can be made for the country, in that it would be easier to have national harmony than different systems in every province, but Trudeau knows there would be political fallout from such an effort so is keen to hand off responsibility and blame for this hot potato to the provinces.

One of the problems that has already emerged with vaccine passport systems is forgery. Critics of the Ford government’s claim that vaccination receipts from the Ministry of Health can be used have said that is a poor solution as the receipts can be too easily forged. Yet Quebec’s smartphone app system, which IT experts initially complimented as robust, has had serious problems with hackers able to create fake proof of vaccination without too much difficulty. Forged vaccination cards have also become a problem in other countries, and will undoubtedly remain an issue as long as the pandemic is with us.

Despite the opposition to vaccine passports on grounds of civil liberties, human rights and personal medical information privacy, the growing support for them likely means they are inevitable in some form or other. There will undoubtedly be a number of legal actions opposing them from various civil liberty and human rights organizations, as well as unions and individuals in the coming months, with outcomes that are uncertain at this time. But even without governments issuing a formal passport, the need to provide proof of vaccination was already increasing informally by the growing number of businesses, event venues, employers and others who were requiring proof of vaccination.

It will remain a hot political topic, however, and if the Ford government does go ahead with such an initiative, they have probably chosen to do so sooner rather than later, while there is still some time for the opposition to die down before they go to the polls next June.