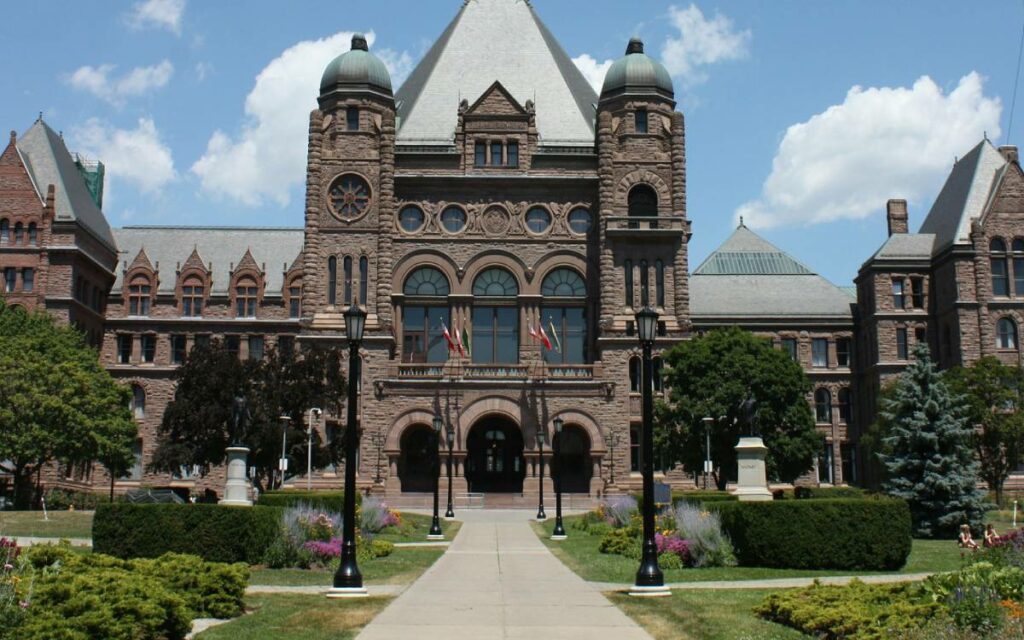 Years ago I was sitting in a Royal Bank in Prince George B.C. attempting to finance a new car.

The loans officer told me the application looked great, I just needed to verify my income. I asked her if I could use her computer for a second.

She complied and I typed in my name on the B.C. Government employee’s site and showed her my contract. It was $64,000, far below the break point for the Ontario Sunshine List – $36,000 below in fact.

The reason is the B.C. Government of Gordon Campbell was in fact the most transparent in Canadian history. This is regardless of what the wags in the press gallery in Victoria may have thought at the time.

So in a rare moment of reaching across the aisle I agree with the Toronto Star when they say get rid of the Ontario Sunshine List. There should not be an artificial barrier of what is and what isn’t a well-heeled government employee. If you work for the government your pay should be a matter of public record.

In many cases what a person gets paid by Ontario is already public record. All unionized contracts for example are open to the public.

All you need to do is calculate how long someone has worked at their unionized position and you can easily figure out what they make. The pay rates of unionized employees is basically public, whether it is $30,000 a year or $300,000 a year.

You can even do an average of all the employees of a certain bargaining unit and figure out the average salary. Yet this transparency doesn’t extend to non-unionized employees.

Regardless, the real test should not be how much a particular government employee – or any employee for that matter – earns. It should be whether or not they provide value for money.

An easy way to look at whether or not someone receives value for money is to look at his or her performance. Auditor General Bonnie Lysyk does an admirable job each year in her report on poorly managed areas of the Government of Ontario.

With full salary transparency, anyone – journalists in particular – can cross reference the agencies Ms. Lysyk comes down on with the pay of the agency’s employees.

For example the Bereavement Authority of Ontario. One of the most scathing reports I have read in the Auditor General’s report was the review of this most poorly managed agency.

To make matters worse, this is the agency that regulates – or mis-regulates – funeral homes and cemeteries. People, often at their most vulnerable having lost a loved one, are often at the mercy of what could be described as unscrupulous practices by organizations which often do not even have a valid license.

According to the Auditor General:

That is four years of mismanagement and lack of regulation. If there was full transparency anyone reading Ms. Lysyk’s report could easily find out just how much taxpayers and operators are paying for this mismanagement.

To make matters worse it is not like the Registrar and CEO of the BAO doesn’t understand properly regulated companies. He is the Chair of the Board of Directors of FirstOntario Credit Union a highly regulated provincial institution.

Speaking of the finance side of things Ms. Lysyk found of the more than 1,600 cemetery operators that report having a “care and maintenance fund,” there were 166 that have not filed the required “Care and Maintenance Report” as of June 2020.

The total funds wrapped up in these 166 operators is $2.1 million that has been charged to grieving Ontario residents.

The most scathing findings of Ms. Lysyk’s report were “pressure tactics and the provision of misleading information.”

“During our audit, we engaged a firm to conduct mystery shopping at a total of 100 licensed operators of funeral homes, transfer services, cemeteries and crematoriums of various sizes across Ontario,” wrote the Auditor General.

“The mystery shoppers acted as consumers shopping for funeral services and products at each of these licensed operators via telephone calls and/or in-person visits. For half of the sampled operators, the mystery shoppers experienced sales pressure and/or were given misleading information.”

The mystery shopper also found the prices for a basic cremation service varied greatly. In Windsor you can have your loved one cremated for $512 in Toronto the same basic service can cost $8,000.

Clearly there are significant problems with this industry and the agency charged with overseeing and regulating it. The people they are supposed to be protecting are often grieving family members.

It would be nice to know just how much the people who are not providing value for money are being paid. That is the kind of thing every Ontarian deserves to know and the kind of transparency that makes you look over your shoulder.

In all honesty reading the Auditor General’s report puts a fine point on the “why and the what” not simply the “who” into the Sunshine List. Finding the bad managed agents of government and exposing them is the first step in getting value for money.

Value for money is something governments, all governments, will need to do as we dig ourselves out of COVID-19 without raising taxes or cutting services.