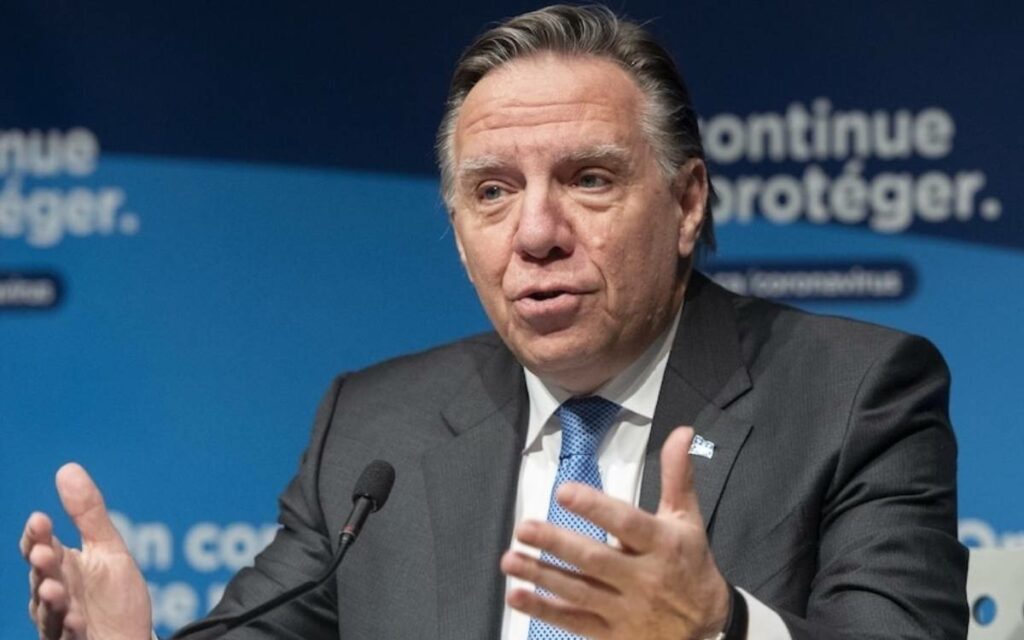 Premier of Quebec Francois Legault recently announced that the province would tax residents who choose to remain unvaccinated against COVID-19. Photo credit: The Canadian Press/Graham Hughes

The pandemic is now entering its twenty-third month with no finish line in sight. As a new highly contagious variant of COVID-19 is running rampant across Canada, Quebec is announcing new measures to curve cases.

Last week, Quebec Premier Francois Legault announced that his government would introduce a vax-tax on those who choose not to be vaccinated. The premier noted the levy would not apply to those with medical exemptions and could be introduced in the coming weeks.

Being the lightning rod of a political issue that it is, a mixed reaction quickly received a mandated requirement to become vaccinated or face a fine. For those who support vaccines, Legault was a hero; although those against it, see him as a figure who closely represents Lord Voldemort.

Eyes quickly turned to Ottawa to see how the federal government would challenge or not. Trudeau’s Liberals were quick to point out that the vax-tax is a provincial issue, and the provinces are free to act how they see fit. Quebec politics has always been a bit of a balancing act for the Liberals and all governments.

Seeing itself as a nation within a nation, Quebec has a distinct identity and view of how it should be governed. Any interference from Ottawa is usually unwelcome. Around election time or in a minority government, like the one that the Liberals find themselves in, the federal government has to tread lightly when weighing in on Quebec issues, out of fear of losing seats when voters head to the polls. Since being elected in 2015, the Trudeau government has always approached Quebec politics with baby gloves to prevent any political blowback.

Understandably, a mandate to become vaxxed or pay-up is unlikely to sit well with those who are vaccine-hesitant or communities that are hesitant to trust the government. In particular, those in vulnerable communities including recent immigrants and Indigenous communities. That being said, the time has come to introduce new measures to compel people to become vaccinated. Since being introduced last week, thousands of Quebecers have signed up for their first dose, already displaying the effect of the decision.

For those that are throwing a flag on the play, saying that vaccine mandates violate their freedoms, they are a bit late to the party. This flag should have been raised during the conversation around vaccine passports.

Currently in Ontario, those who are unvaccinated cannot board a plane or a train, go on a date to the movies or enter a restaurant, and crossing the border is a challenge, to say the least. A rational person would argue that having their mobility limited due to their health status is more of a freedom concern than being required to be vaccinated.

Similar to freedom of speech, a person’s right to say what is on their mind ends where another person’s freedom of speech begins. That is why a person cannot run around Canada, spitting off hate speech and in a similar vein, no person should be allowed to wander around putting others’ health in danger.

The recent COVID variant has shut down schools, delayed surgeries and medical procedures, closed a number of small businesses and caused great stress on families across Canada. Millions of people have rolled up their sleeves, done the right thing and received the shot. Broadly speaking, Canadians have done this over and over again because they know the only way to exit the pandemic is to be vaccinated.

Because of the minority, Canadians are reaching their breaking point and are frustrated. Waking up every day and it feeling like Groundhog Day with another lockdown announced is tiring. In order to end this cycle, more people need to get vaccinated.

The federal government’s approach naming and shaming people has not worked. There is still a need for education around the side effects and long-term impact of the vaccine to persuade those who are hesitant. The reality is that COVID will not go away, but the impact can be minimized.

Of course, there will be some people that will proudly wear the fine as a badge of honour, but for many more sensible people, this tax will be the final straw for them to be vaccinated.

This tax is a good reminder to do your part, get vaxxed or pay the price.