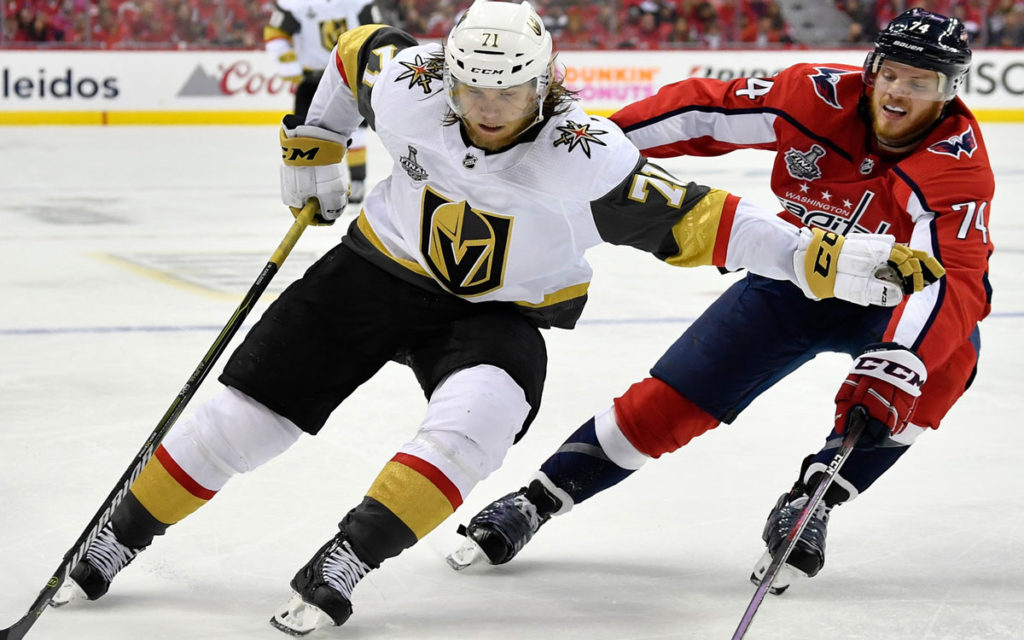 That’s all it took for the Vegas Golden Knights to make the Stanley Cup Final.

The NHL’s 31st franchise has been having a season to remember, and now they are three wins away from becoming the first franchise in NHL history to win the Stanley Cup in their inaugural season.

In many ways the 2018 Stanley Cup Final has been the most unlikely final in recent memory.

Vegas is an expansion franchise that no one expected to win more than 20 games, let alone make the cup final. On the other side the Washington Capitals haven’t made it to the final since 1998, and have been labeled as chokers for the last decade.

Both teams have defied the odds and are on the verge of capturing hockey’s greatest trophy.

Although a championship is the ultimate goal, the Golden Knights have already had the greatest inaugural season in expansion team history.

On February 1, 2018 the Golden Knights won their 34th game of the season breaking the record for wins by a first year team, with 32 games still remaining on their schedule.

A few weeks later the Golden Knights earned their 84th point of the season, breaking the record for points by a first-year team set by the Florida Panthers in 1993-94, the Knights broke the record in 60 games. It took the Panthers a full season to earn their 83 points.

On March 26, 2018, the Golden Knights clinched a playoff berth, becoming the 12th first year team to qualify for the playoffs and the first one since 1980.

But Vegas’ historic regular season has failed in comparison to what they have done during their run to the Stanley Cup Final.

The Golden Knights swept the LA Kings in round one, beat the Sharks in six games and then knocked off the best team in the NHL, the Winnipeg Jets, in five games.

After winger James Neal dubbed the team the “Golden Misfits” the team has embraced their underdog story and have run with it to heights that no one could have ever expected.

As if having an expansion team full of outcasts from 30 other NHL teams playing the Cup Final wasn’t enough to make this one of the best Championship series this decade, the Golden Knights have embraced their identity and have taken the Cup Final to levels we haven’t seen before.

The hockey between Vegas and the Capitals has been fantastic, but that’s nothing new. Hockey in the Cup Final is usually fantastic.

It’s the hockey coupled with the atmosphere that Vegas has created in T-Mobile Arena that has brought the greatest Cup Final that I have ever witnessed.

If you haven’t watched a Vegas Golden Knights home game these playoffs yet I strongly suggest you do. The team has a pre-game routine that will blow you away.

A lone knight (on skates) stands at center ice and battles against the foe that the team is facing in the current round.

In the first round he battled a king on skates, the second round featured a shark on skates and in the Western Conference Final the knight battled a Jet.

The opening is so over the top, it’s theatrical, it’s cheesy, but it’s great because it embraces everything that Vegas represents. It’s great to see the team embrace what they are, a hockey team playing in the entertainment capital of the world.

Only three games into the final round and it is safe to say that the NHL, and the world will never experience another Cup Final like this one. The high-intensity hockey, the Las Vegas theatrics and the Cinderella story that is the Vegas Golden Knights have all come together to create the greatest NHL playoffs and Final in my lifetime.