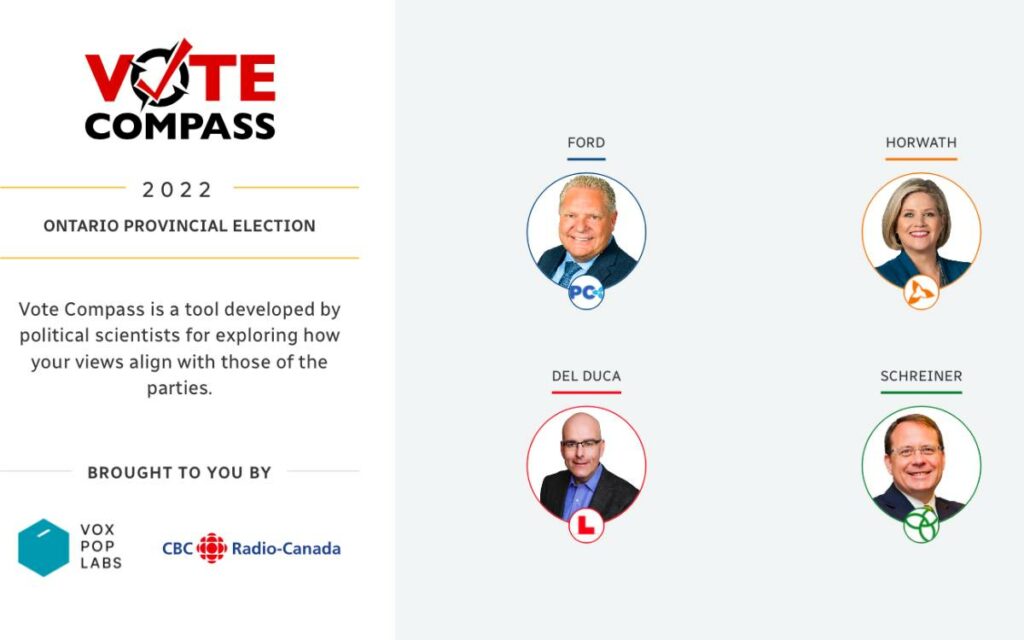 The CBC has an odd survey it offers called the “Vote Compass” that the taxpayer-financed network trots out during the period prior to elections, supposedly to help the citizenry come to a decision about who they should be voting for. The broadcaster states that the Vote Compass is a “tool developed by political scientists for exploring how your views align with those of the parties”. Given that Ontario is currently in a pre-election period, the Vote Compass has been activated once again.

The CBC contracts out the task of putting together the Vote Compass to a company called Vox Pop Labs, whose president Clifton van der Linden states that “Vote Compass is neither telling you who you should vote for nor predicting your vote. It is simply a starting point for people to explore the political landscape and get a sense as to how they are generally situated vis-à-vis the parties”.  The Compass consists of a survey of 30 questions that a voter is expected to answer with the end result of finding out which of the political parties are most in sync with the voter’s views.

Although part of the reasoning behind the Vote Compass is to better inform people about the election issues and what the various political parties stand for, there is actually little information in the survey as a background to the questions posed. And the topics of the questions tend to be on issues that are hardly the most important issues prevailing in the Ontario election.

For example, survey questions cover such rather esoteric topics as how much French language services should be offered in Ontario, the amount of spending on policing, how many wind farms should Ontario have, the state of electric vehicle subsidies, whether there should be an Ontario statutory holiday for Truth and Reconciliation Day and how much of Ontario’s energy should be supplied by nuclear power, among other issues.

Some of the pivotal issues in this election such as the state of the economy, inflation, housing and massive government debt do not figure into the survey. Apparently, the survey questions were based on topics where there was considerable divergence between the political parties. This might be perversely encouraging, as it implies that on the big issues that are not touched on in the Vote Compass survey, the parties are all on pretty similar ground.

Following the part of the survey on policy issues, there is a rather extensive section on the characteristics of the respondent, including where the respondent lives, their race, country of origin, voting intentions in the upcoming Ontario election, education and income level and sexual orientation, among other things. Although it was not mandatory to fill out this part of the survey, I suspect many people would, given the generally compliant Canadian character. It would be interesting to know what happens with this information, given that it could be valuable in an election context, but this was not clear in the survey.

According to the CBC website, about 75,000 people have completed the survey to date. That is about .005 per cent of the population of Ontario, which might rival the viewership numbers of the CBC itself.  There is also no guarantee that the people answering the survey are even from Ontario, so there’s that.  It would be interesting to know how much taxpayers are paying for this service, as it’s take-up is so very minimal.

The history of the company behind the Vote Compass survey is interesting, in that they state they have now run surveys in more than 50 elections around the world with various media organizations including those in the US, Australia, France, New Zealand and others. But the concept began with the CBC in Canada over 10 years ago, making it tempting to think that someone did a great sales pitch to the CBC back in the day and the CBC, never having to worry about spending other people’s money, decided to run with it.

Any rational voter and taxpayer is likely to react to the continued existence of the Vote Compass as a good excuse to cut back on public funding to the CBC. If they have the time to waste on such a project and CBC staff seem to have the misapprehension that it is worthwhile, surely those tax dollars can be put to more productive uses. Perhaps that should be a key question on future Vote Compass surveys.  And if voters really need something like Vote Compass to figure out who to vote for, we’re in way more trouble than we thought. 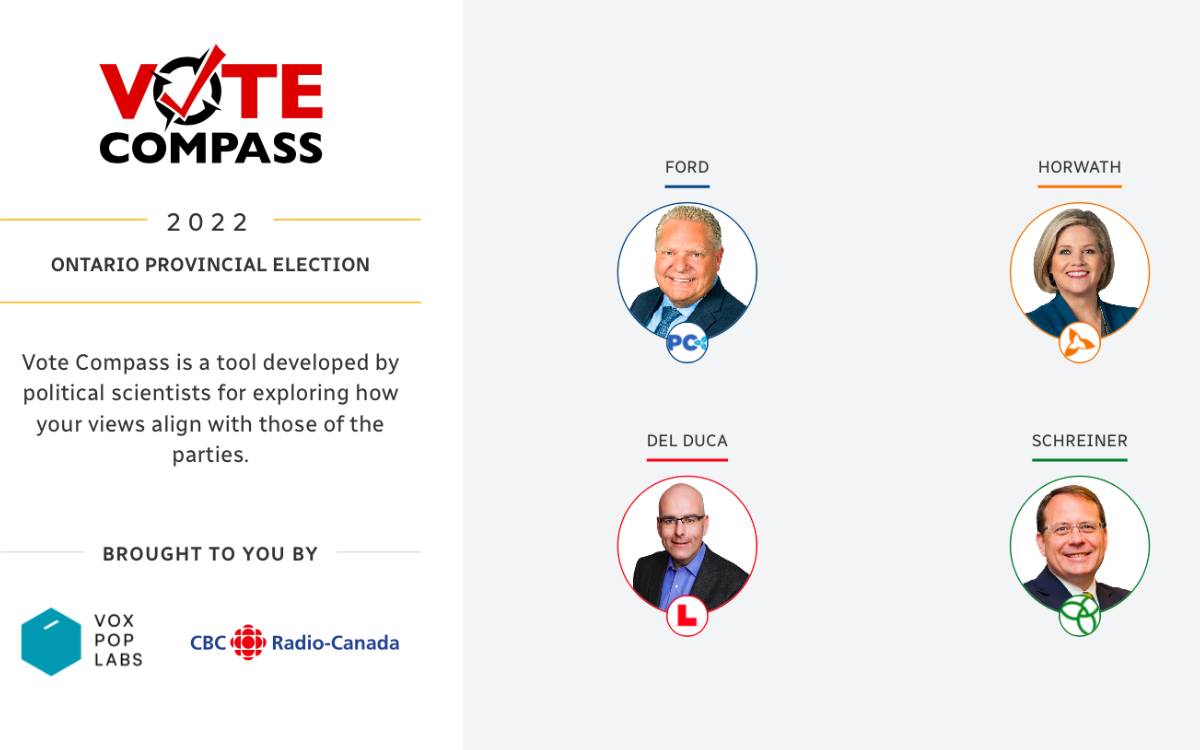