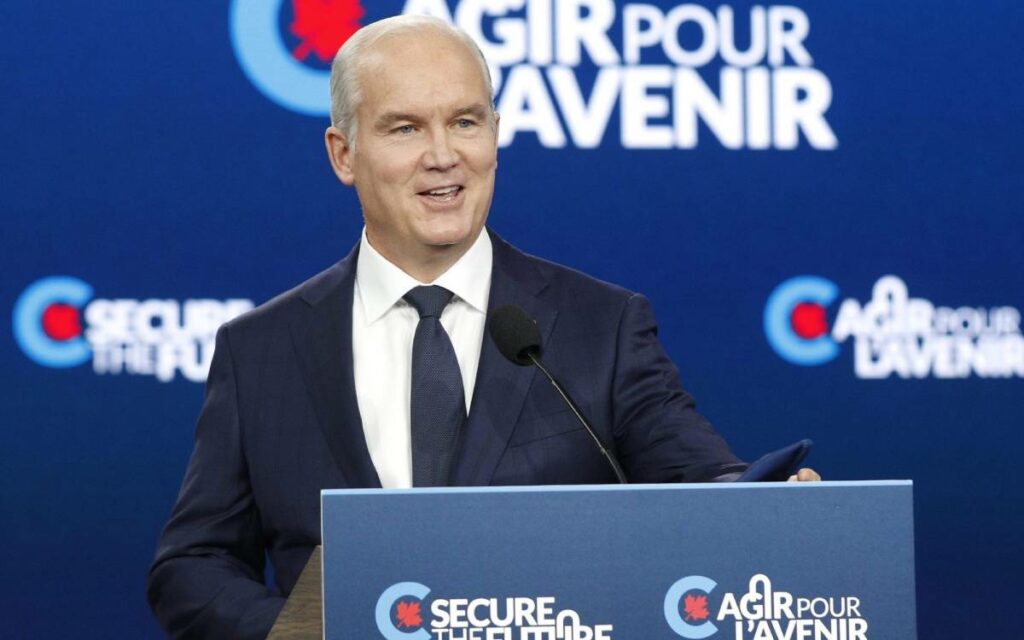 No one likes to lose. After an expensive election with little to no difference in results, the Conservatives want answers – but are they pointing in the right direction?

Immediately after the election, Erin O’Toole no longer just had to fight against the Liberals, but also fight to keep his job. Some council members and other CPC members have called for a leadership race, seemingly disappointed in O’Toole and his results – or lack of.

Many of the members are pointing fingers at Mr. O’Toole and some Conservatives are ready for another leadership race.

One member of the national council, Bert Chen, launched a petition to collect signatures from members to get O’Toole out. He expressed feelings of “betrayal” by the party leader and hopes his petition will act as a catalyst to another leadership race.

The main cause of the outrage is the leader’s move to the centre, which he did not openly advertise during his “true blue” leadership campaign. Namely, issues such as the gun-ban and the carbon tax which O’Toole had a more traditional conservative view during his leadership bid.

Is this outrage justified? I look at Erin O’Toole’s move to the centre as a calculated but much needed risk. His true-blue branding which transitioned into a more centrist approach during the general election was a surprise for some. Yet, O’Toole was trying to save his party from themselves. He knew that hardline conservativism simply does not connect with many voters as it once did in our country, at least not in the places the Tories need to do better in. What O’Toole did took a lot of courage. The need for change after the culture of loss and despair post-Harper was immense and Erin O’Toole wanted to be that change.

To simply kick out the leader after only one kick at the can with his newly rebranded Conservative Party would be foolish. O’Toole has only been leader for one year and during that time he could not travel, meet with his caucus, or promote himself. He had 36 days to tell Canadians who he was, and all things considered, his Conservatives held their own in an election that was supposed to be their demise.

Even with so many hurdles and obstacles, Erin and the party were able to kick out three Liberal cabinet ministers, pick up seats in Atlantic Canada, and managed to perform better despite fear of the rise of the People’s Party of Canada. We ought to give him some credit.

Moving forward, it is clear that O’Toole’s vision for the party will remain centrist. So, after multiple lost elections, why not really give this a try?

Calls for O’Toole to be removed and be replaced with a hardline Conservative will also create additional problems for the Tories. When you have a centrist leader followed directly by a hardline Conservative the contrast of the two becomes a problem, with this hypothetical new leader’s more conservative values emphasized in the spotlight. This will cause a Scheer-effect and the discussion will not be about policy or integrity but will be dominated by shallow attacks on traditional values. O’Toole successfully moved away from the hardline and, with time, could swing undecided voters.

Now going forward throughout this leadership review, O’Toole must make this case for himself. More media attention can benefit him and allow this new rebranding of the party to start to sink into the minds of Canadians who still see his party in the Harper-era.

This change will take time and it will come down to the party just as much as the leader to send a strong and clear message of this new orientation. Advertisements, social media, and communications must be strong and in sync with each other. Conservatives must recapture the attention of Canadians and live up to Erin’s original promise of making more people see a Conservative in the mirror. This will take time and that is the point of debate, will the Conservatives give the leader that time, or will they pull the plug early?

There have been petitions started by pro-O’Toole advocates who want to see the leader really step into the roll and get given the proper chance to defeat the Liberals next election. The petition has gained over 1,700 signatures and is growing each day: the voice of reason, patience and strategy has seemed to grip many Conservatives who do not want a new leader every year.

The Conservatives are stronger in unity – not when fighting amongst each other. The Liberals would be far too happy to see another CPC leadership race.