We don’t need another lockdown 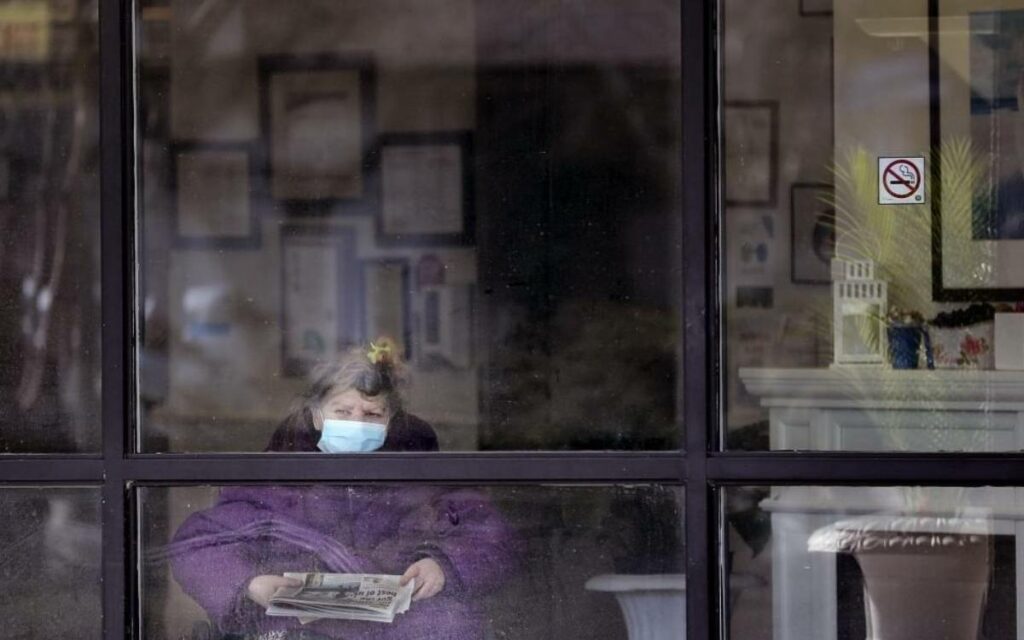 Having been thrust into multiple lockdowns since the start of the pandemic, more and more Canadians starting to view the cure as worse than the disease. Photo credit: Toronto Star/Richard Lautens

Just in time for Christmas, the most recent COVID-19 variant has come on the scene to once again induce fear and loathing in the minds of various health officials and governments, some of whom are enacting or contemplating new restrictions on our lives. The ominously-name Omicron variant has boosted infection numbers significantly, but has yet to have a major impact on hospitalizations and deaths although much is still unknown about this new and apparently highly contagious variant of the virus.

A recent public opinion poll conducted by Ipsos research for Global News found that Canadians’ support for new lockdowns has been waning. Although a majority of 55 per cent of poll respondents remain in favour of tightening public health measures, this proportion has fallen since mid-2021. During the fourth wave of the pandemic in July of this year, almost 70 per cent of Canadians supported increased lockdowns, falling to 63 per cent by September. The most recent data varied by province, with BC and Quebec being most strongly supportive of further lockdowns, and Ontario and Alberta least in favour.

Although the reasoning behind these sentiments is not clear, it is likely that a combination of being fed up with lockdowns and confidence that other measures such as relatively high vaccination rates are having a beneficial impact on our ability to cope with the pandemic affected Canadians’ views.

The “chicken little” effect may also be having an impact, as many overly dramatic health officials and others have made dire predictions time after time that have never come to pass. Governments have also lost credibility because of nonsensical policies such as shutting down small businesses while permitting big-box stores to remain open with large crowds, having capacity limits in restaurants while sporting events proceeded with few limits and the like, such that many people are much more sceptical that there is much logic behind many government directives.

The many downsides of lockdowns have also become more evident over the past year or so in terms of economic impacts and declining mental health, among others, leading many to question whether the cure is worse than the disease. Perhaps people are also getting sick and tired of officials who never miss a paycheck telling everyone else they should miss theirs.

In response to the early data on Omicron, several provinces reinstated some restrictive measures.  Ontario once again limited attendance at indoor public events to 50 per cent of capacity and capped social gatherings at 10 people indoors and 25 outdoors. No food or drink service is to take place at sporting events, cinemas and similar public facilities. Quebec is going even further and shutting down schools, gyms, movie theatres and bars. Restaurants may stay open for limited hours at 50 per cent capacity, and working from home is mandated for all non-essential workers. BC is limiting capacity to 50 per cent in large venues and banned all New Year’s Eve organized events. The federal government has advised against unnecessary international travel, but has not yet instituted a ban.

Amid the flurry of new and recycled measures, the federal and provincial governments have also finally decided to make rapid covid tests widely available. Most other countries have been using rapid tests for a very long time and they have proven effective as an early warning of infection and permitted an additional layer of protection in schools, businesses and public events. Canada’s delayed acceptance of rapid tests is partly attributed to Health Canada’s slow approval rate and the fact that only a handful of these tests have been approved in Canada, making them expensive and limiting supply.  Some other countries have approved many different rapid tests, reducing their cost and increasing availability. The Canadian medical establishment has also been hesitant as the rapid tests are not as accurate as the more thorough PCR tests where results take much longer. Despite some hesitancy, other countries have proven that rapid tests have an important role to play and it’s about time Canada finally got on board with this additional pandemic tool.

To date, complete lockdowns do not appear to be on the horizon in most parts of the country but that may change as overly cautious governments learn more about the Omicron variant. The fact that support for lockdowns is declining among Canadians makes perfect sense as the cost of lockdowns versus their limited effectiveness becomes better known. Governments should be following this lead.