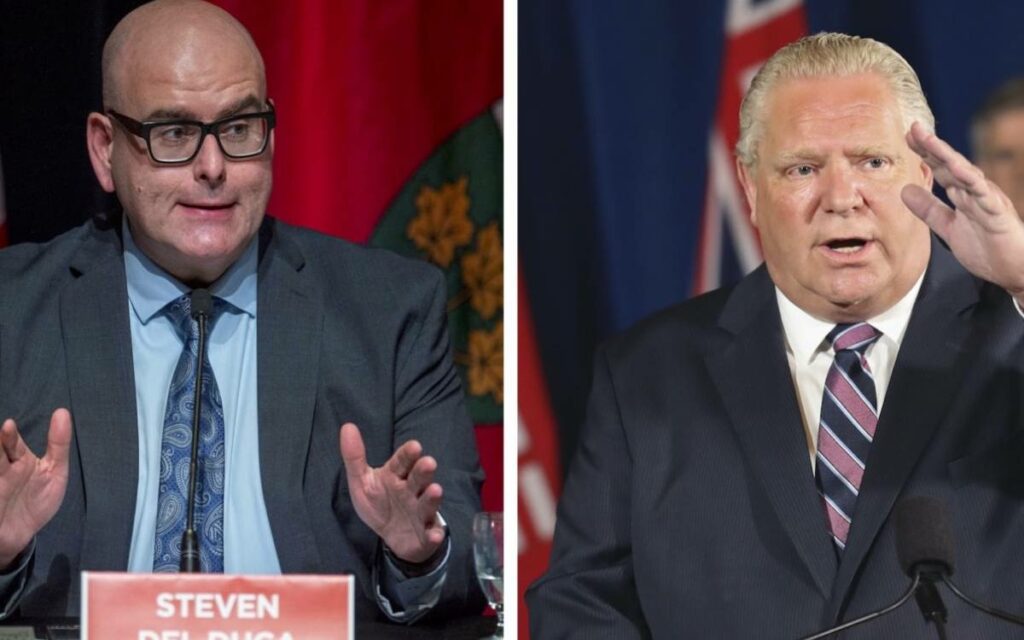 Is it just me, or does it seem like every policy initiative being put forward by governments of all political stripes these days involves discouraging people from working in one way or another?

The four-day work week is getting lots of attention of late, and Ontario Liberal leader Steven Del Duca has promised to launch a pilot project to investigate the potential for a four-day work week if his party is elected in next year’s provincial election. Del Duca has also said he will reinstate the universal basic income pilot that the Wynne government introduced and the Ford administration cancelled early in their tenure.

Even the Ontario Progressive Conservatives have succumbed to the leftist fervour by endorsing an increase to the minimum wage that they opposed just a few short years ago. Minimum wage is yet another deceptive policy where workers receive a compensation increase without any commensurate increase in their productivity, which leads to the policy being inflationary and distorting the labour market in an unhealthy way. Although minimum wage is often cited as a means of combatting poverty, there are many better policies to assist low income workers.

The pandemic has given a boost to different approaches, as it has upended many workplace norms for much of the working population. The fact that many people had to work from home, for instance, did lead to creativity around how people worked that will hopefully contribute to more flexibility in future that will benefit workers and businesses alike. The four-day work week could well be feasible for many workplaces, but its appeal is mostly due to the attraction of working less, and it should not be something mandated by government as there are many firms for which it is not possible.

The pandemic has also been used as a justification for massive amounts of government spending and intrusion in the lives of citizens that would never have been tolerated otherwise. There are legitimate concerns that, once empowered, governments will not easily give up their new-found control. Early in the pandemic when government spending floodgates were wide open in many countries, and especially in Canada, we heard a great deal about so-called Modern Monetary Theory (MMT). MMT effectively claims that governments which have control over their own currency and money supply need not have their spending constrained by the amount of revenue they can raise. As inflation has raised its ugly head in recent months, proponents of MMT have become scarce and we are once again reminded that such loose government spending practices always come home to roost in a way that punishes low and middle income earners the most.

Small- and medium-sized business owners must also be discouraged considering the direction most governments are taking these days. The classic business model where an entrepreneur starts up a business, procures private sector financing, hires the employees he or she needs and proceeds to make a go of it while paying lots of taxes to government seems to be going out of style. The modern trend is toward “social entrepreneurship”, which basically means the creation of a pseudo business that is dependent on government subsidies or other government-mandated benefits to survive. These types of businesses are often created to further some goal of government while pretending to be a private sector player. Many if not most of these entities are not net contributors to the economy, but just another drain on the public purse.

The large corporate sector is rife with “crony capitalists” who despite their claims are not free market supporters but rather closely integrated with governments that afford these businesses subsidies, tax or regulatory breaks that put the lie to their being considered truly private companies. This has been exemplified by the so-called climate crisis, which has been heartily endorsed by most corporate interests seeking government monies and other preferential treatment for playing ball with governments that seem determined to undermine the workings of a truly productive market economy.

Despite the happy scenario these policies suggest of a leisurely society with no downside, reality is of course very different and is already starting to bite. Canada’s current policies that discourage productive industry which actually contributes significantly to the national economy has led to a sluggish economic performance with a lower standard of living for Canadians. This will continue for the foreseeable future unless something changes. The neutering of significant productive industries such as those in the resource sector has already reduced Canada’s attractiveness as a destination for foreign investment and no amount of government-subsidized “green” industry and social entrepreneurs will contribute as much to the national bottom line, trendy as they may be.

The fantasy of a free lunch will always be alluring – which is why socialism continues to be attractive despite its long history of abject failure and inflicting misery on average citizens. Yet most people know that they do need to work productively if our system is not to collapse under its own weight. The pendulum is currently swinging hard to the left, but it will swing back to more sensible territory once the pain and impossibility of the “something for nothing” philosophy hits home. We can only hope that happens before things deteriorate to the point that digging out will be much more difficult and punitive than it has to be.