We’re starting down a slippery slope with demonization of the unvaccinated: Ecker 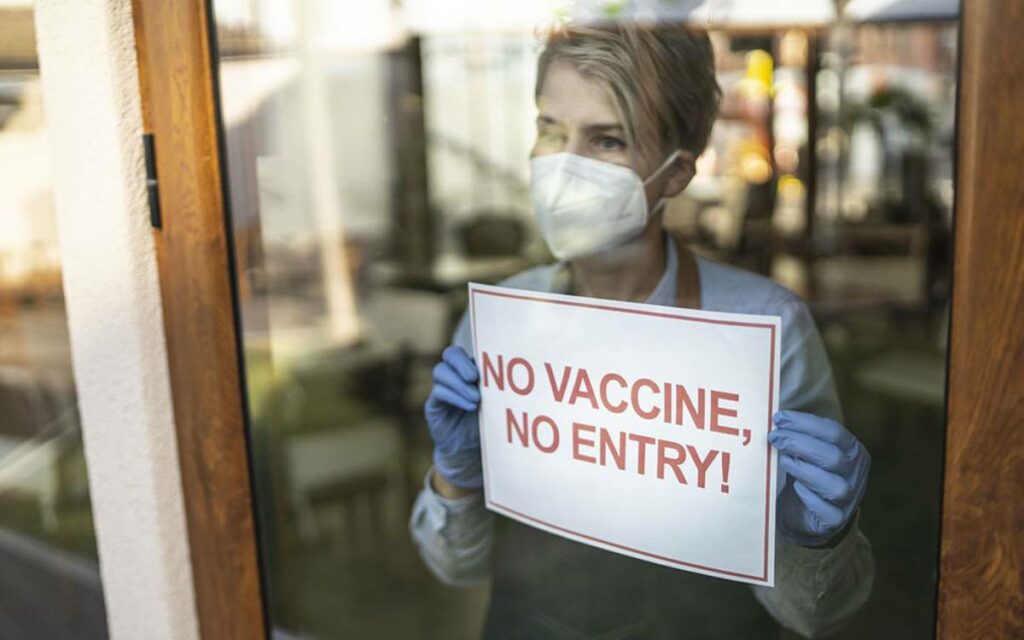 Watching the continual and increasingly strident demonization of individuals who have not been vaccinated against COVID-19 prompted a melancholy and sobering reflection by this author.

It brought to mind a visit, several years ago, to Yad Vashem, the museum in Israel dedicated to the memory of the six million Jews who were killed in World War II.

Like many citizens of modern, western democracies, one questions how a civilized country, an actual democracy, turned itself into the hell that was Nazi Germany. Ordinary people became actual participants, passive enablers or silent witnesses to what was happening, too afraid to speak out.

It begins quite simply – political and society leaders start separating out different groups in the population who are progressively derided and demonized to the point where they lose their status as equal citizens.

It took several years, but it was quite effective in creating segments of society who were not considered people deserving of the rights and protections of a civil society, of a democracy.

This is not a defense of the anti-vax crowd or the vaccine hesitant. This author is a fully-vaxxed supporter of strong public health measures, who like most other vaccinated folks, is growing increasingly frustrated and angry with those who refuse the shot, or worse yet, protest and actually threaten health care professionals administering vaccines.

Who are these people? Statistics Canada and other pollsters have attempted to answer that question. On the one hand, they are the adamant anti-vaxxers for whom no internet conspiracy theory is too far-fetched for them to accept. Some of their behaviour is totally inexcusable.

But on the other hand, there is a similarly sized group of individuals who are simply vaccine hesitant. An Abacus poll found that the typical member of this group was a 42-year-old female who voted Liberal, had post-secondary school education and self-identified as being in the middle of the political spectrum. About a quarter were born outside the country and many were from racial minorities.

And how did Justin Trudeau, our prime minister, describe these people? In a recent interview he accused them of being racists and misogynists and asked why the rest of us had to tolerate them.

He has followed that up with speculation that vaccinations will become mandatory for all, regardless of individual choice and has so far refused to shut down Quebec Premier Francois Legault’s proposal to tax the unvaccinated for their health care. So much for Canada’s vaunted universal health care system.

There is no question Prime Minister Trudeau is playing to the crowd, as opinion polls and social media posts show that the public is growing increasingly strident in their views that the unvaccinated should not just lose privileges like going to a restaurant unless they can show proof of vaccination, but that they should also be punished and face various penalties, including being taxed for access to health care or otherwise heavily fined.

Readers may question how this column began. Canada is a long way from that past barbarity. But if there is one thing that history teaches us, it is that this is a very slippery slope that we are starting down.

Modern democratic leaders in civilized countries are supposed to bring people together, to speak to our better natures, not to inflame our rage and frustration. They are supposed to observe the guardrails that our Charter of Rights and Freedoms have established.

It is true that the privileges of citizenship and freedom must also come with responsibilities to one’s fellow citizens. But demonizing one group of people, no matter how frustrated we may be with them, and encouraging all of us to do the same, is not the answer. It is worth thinking long and hard about that before we act too quickly out of fear and frustration.