What happened to the Democratic Party? 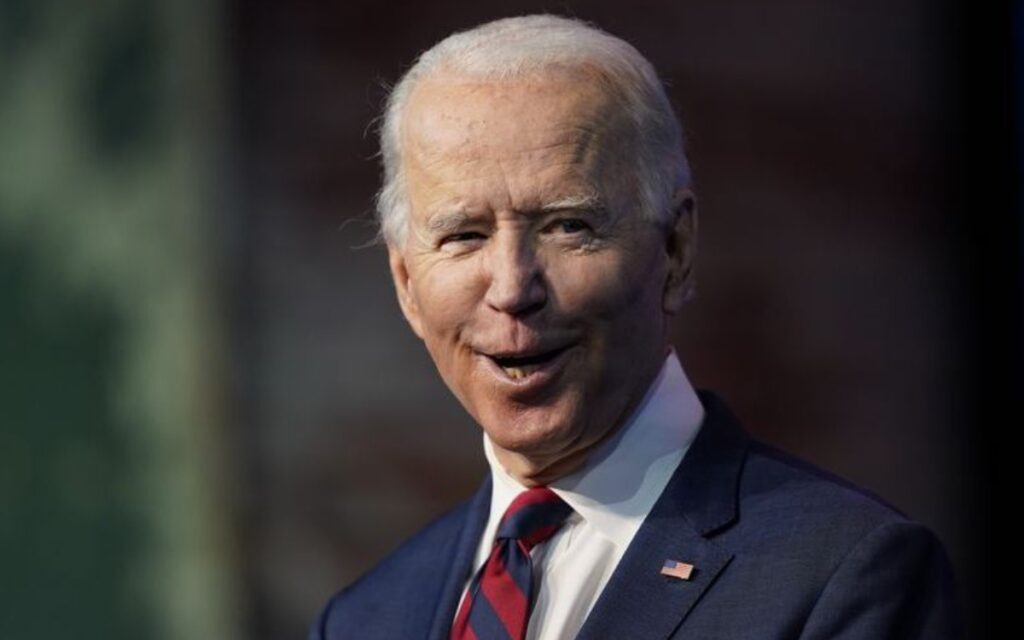 What has happened to the Democratic Party? In the cacophony of media coverage on the major networks, the national newspapers, and social media, this question seems to arise regularly regarding the Republican Party, but little discussion takes place about the swift and thoughtless shift the Democratic Party has taken to the radical left.

Just 60 years ago the President of the United States believed in a strong military, economic growth, American exceptionality, law and order, traditional family norms, and the preservation of the American Experiment, regardless of party.

During the 1960 election between Democratic nominee John F. Kennedy, then Junior Senator from Massachusetts, and Republican nominee Richard Nixon, then the sitting Vice-President, there were such minor differences in policy that the entire election pivoted on things as minor as appearance, personality preference, and wartime experience.

Americans of all backgrounds stood united before their flag, happily pledged allegiance to it, and established institutions like the family, marriage, the military, the police, and churches held respect. But gradually, in an increasingly incremental departure from common bonds across America, the Democratic Party has led the charge to transform the institutional core of the nation’s soul since those heady days of the Kennedy Administration.

Democratic Presidents after the 1960s, beginning with Jimmy Carter and Bill Clinton, largely maintained the status quo regarding traditional American institutions even as they dealt with a culture definitively becoming more permissive. Clinton did change the US military policy to “Don’t Ask, Don’t Tell”, referring to gay American service members, a policy largely followed for most of American history de facto. With the election of Barack Obama in 2008, however, significant and rapid change came, but not in racial policy (as one might expect under the leadership of America’s first black president), so much as in family law.

If one wants to trace the catalyst for change, Obama’s Vice-President, Joe Biden, prepared for an interview on Meet the Press just prior to the President announcing his re-election. Moderator of MTP at the time, David Gregory, introduced the question. “You know,” Gregory began, “the president has said that his views on gay marriage, on same-sex marriage, have evolved. But he’s opposed to it. You’re opposed to it. Have your views … evolved?” One can measure, in Biden’s response, the official end to the Democratic Party in the tradition of Roosevelt, Truman, and Kennedy, even Carter and Clinton.

Biden stated, as Steven Levingston reported in the Washington Post, “Look, I just think — that — the good news is” — he set his elbows on the table and interlaced his fingers, almost prayerlike. Same-sex marriage, he explained, came down to “a simple proposition: Who do you love?” He repeated it for emphasis: “Who do you love? And will you be loyal to the person you love?” He explained that most people believed that was what all marriages were about, “whether they’re marriages of lesbians or gay men or heterosexuals.”

Democrats, with the help of their media accomplices, altered five thousand years of marriage custom and opened the door for much more transformational change.

In head-swiveling speed, dominos of previous cultural and institutional norms have fallen or been undermined since, to the point where it is either administration policy or party dogma to: refuse the enforcement of immigration law; remain mute on any restrictions on abortion through a full-term pregnancy (remember the Clinton motto of safe, rare, and legal?); promote the idea of racial equity (not equal opportunity, rather equal outcome) even when distributing resources in the aftermath of a hurricane; support transgender surgeries for children as young as 13 (in the name of “science”); endorse the vilification of the combustible engine (to appease the green gods); boldly attempt to alter farming and eating habits; threaten to end Senate traditions like the filibuster (good when Democrats in opposition, bad when Republicans in opposition); work to undermine the presidential electoral vote count in place since the nation’s founding (the writers of the Constitution were racist); defund the police (and refuse to prosecute in many jurisdictions); overhaul military priorities (equity trumps preparation); and bluster about packing the Supreme Court (illegitimate because too many Republican appointees).

Shamelessly the Biden Administration presented itself as returning the nation to normalcy after the supposed daily destruction of presidential and national norms under Trump. In fact, the justification for Biden’s candidacy rested on the notion that after four years of Donald Trump’s erratic leadership, the former VP would return to equilibrium the nation’s highest office. Instead, the Administration embarked upon a mission to not only take the proverbial truck out of the ditch, but turn it around and head in an entirely different direction.

Republicans do not possess clean hands, but many of their party positions, including the nomination of Donald Trump, reflect a reaction to much of the progressive and extreme Democratic agenda. Liberal and elite media, academia, Big Tech, and Hollywood hold massive power over opinion-thought in American culture. For decades these power bases have portrayed time-honoured moral practices as human constructs, but which for most of American history stood on natural law, in other words, God made and granted.

This polemic aims not to assert that Republicans are more righteous, but no mincing of words need be used. Why can’t the media simply report the truth? Why insist that there is nothing to see here? Under cover of simply joining forces with social justice, equitable distribution of income (Marxism), diversity, and inclusion, the Party has completely changed its purpose, developed an entirely new vision, packaged itself as the party of the victimhood, and boldly declared that Trump broke the norms. The reporting of Trump’s actions always emphasized this assertion. Democrats, however, receive virtually no scrutiny as to their sweeping and far-reaching policy pronouncements.

Joe Biden’s Democratic Party, like the previous Administration in which he served as Vice-President, hardened policies former Democratic Administrations would dare pay lip-service to at most, and often wisely ignored. An objective media might ask some questions, point out the hypocrisy, and dig for the truth. Instead, Republicans stand accused of abusing norms, taking extreme positions on issues affecting every-day Americans, opposing perfectly fine judicial nominees while nominating so-called zealots like Amy Coney-Barrett. Ad nauseam, the media reports on Republican violations, absurdities, and inconsistencies, all the while deliberately ignoring Democratic breaches because progressives apparently possess better motives or mean well.

If the left wants to know why Republican leaders like Mitch McConnell use sneaky or hackneyed legislative tools perhaps they should look back to the 1980s when the Democratic-controlled Senate Judiciary Committee, under the leadership of the Senior Senator from Delaware, Joseph Biden, defeated the nomination of highly recommended Robert Bork to the Supreme Court in 1987, then smeared Clarence Thomas during his 1991 Supreme Court nomination hearings using unfounded eleventh-hour sexual harassment charges to cast doubt on his character. Most people, including women, did not believe Ms. Hill and no charges like this have ever risen again about Justice Thomas.

When Democrats use the denial of voting rights as an issue, something they themselves oversaw in the South for decades, or the threats to democracy, once again, why is the truth so inscrutable to their media acolytes or friends in Hollywood? The assertion of stolen elections began with Democrats in 2000 and through 2016 they suggested the illegitimacy of every Republican presidential win, including an onslaught against President Trump leading to an impeachment based on a Russian collusion case never proven, lacking evidence, and entirely discredited since.

Is it surprising that after a pandemic when changes are made on the fly to election voting laws that questions might arise about how votes were counted? Democrats had no problem making accusations, suggesting elections were illegitimate, or even refusing to concede long before changes to voting regulations occurred like those in Pennsylvania. The legacy media called out Trump’s charges as the Big Lie. The media saw no need to extend this standard to their friends in the Democratic Party previous to Mr. Trump litigating his objections.

The documentation of the rushed progressive lurch in Democratic Party policy extends far beyond this, but this chronicles the party’s abandonment of long held views. Reports of Trump’s hostile takeover of the Republican Party dominates panel discussions on news shows, incites columnists to write repeatedly about the dangers of a Trump-led GOP, but rarely does one read about the unprecedented, outrageous, and farcical direction the Democratic Party has embarked upon.

The job of our media members should take them to the truth, whether it embarrasses their preferred personal philosophy or not. Many of the issues at the forefront today represent a collaboration of elitist experiments inflicted upon a well-ordered society. Consequently, those opposed voice their objections. How a free press ended up in league with one party plagues society’s ability to process facts. If accelerating the coarsening of political activities, the abandonment of standard practices, the insistence on exaggerated claims against opponents defines our age, then our fourth estate, aligning their interests with the left, betray their objectivity and are accomplices in the undoing of the Democratic Party.