What is the UN Global Compact for Migration? (Part 2 of 2) 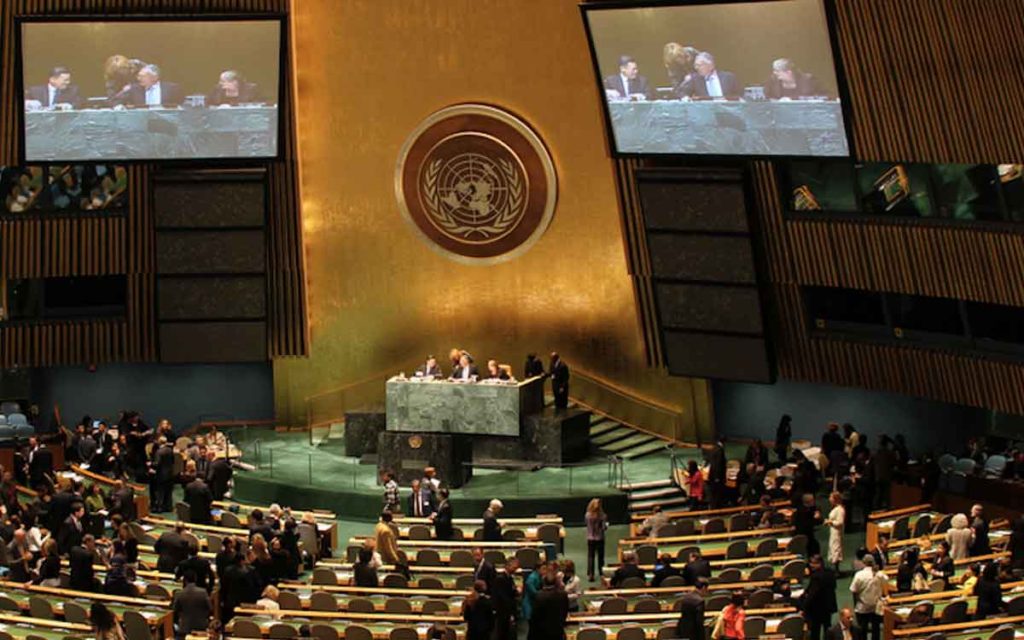 What has the Canadian Government committed to in signing the UN Global Compact for Migration?  The document reads that “member states and partners will thus hold each other more accountable on their promises to deliver results for refugees and their hosts.” As detailed in last week’s column, these promises include immediately taking steps to resettle 1.4 million refugees and migrants to willing host countries, promoting the “whole-of-society” benefits of mass migration, and “sensitizing and educating” media that are critical of the UN migration initiative.

Andrew Scheer, Conservative Leader, has been vocal in his criticism of the Compact signing, suggesting it is yet another step towards Prime Minister Justin Trudeau’s “post-nation”, globalist vision of a world with no borders and no meaningful citizenship. Scheer has argued, in and outside the House of Commons, that Canada must be in control of its immigration policy and its borders – not a faceless UN bureaucracy who cannot be held accountable by the Canadian people. Scheer asserts, “Canadians, and Canadians alone, should make decisions on who comes in our country and under what circumstances.”

Unquestionably, this signing will be a federal election issue. Andrew Scheer promises that a Conservative government would immediately withdraw Canada from this Global Compact for Migration.

However, there are many who argue the Conservative Leader has gone too far and inaccurately overstated the impact of this UN Compact. Some Canadian media, such as the Toronto Star and CBC, are critical of the Conservatives; Andrew Coyne writes, “the Compact has become one of those bizarre objects of fascination among the conspiracy-minded.” There has also been much coverage given to former Harper Conservative Immigration Minister Chris Alexander who tweeted: “Scheer’s statement is factually incorrect: this Compact is a political declaration, not a legally binding treaty.”

Scheer dismisses his critics and Alexander’s statement as naïve (or purposefully misleading): “There’s many examples where agreements and pacts and accords signed onto are used as justifications for rulings in our own courts.”

United Nations’ agreements are all “non-binding” but that does not mean they cannot be influential in a country’s courts or dictating a country’s policy direction. The Paris Climate Agreement and Kyoto Protocol are good examples. These non-binding UN agreements are now driving energy policy and environmental law in Canada and many other countries. Like the Kyoto Protocol in 1997 and the Paris Climate Accord in 2015, the underlining significance of the UN Global Compact on Migration is to form the foundation of new international norms that will, in time, become international law.

John Ivison of the National Post opines on this point, “The very act of signing creates an expectation that the signatories will take action. It’s not nothing. We have heard in the past about UN declarations being merely “aspirational.” As it turned out, they have become much more than that.”

To quote Canada’s Immigration Minister Ahmed Hussen, “The Compact isn’t just a bunch pf words on paper…. It lists new strategies and specific goals.” From these statements, and others made by the PM upon the signing of the document, the Government has clearly signaled this document is to have an impact on their future Canadian refugee and migration policy.

At the UN, Ninette Kelley, a director of the UN High Commissioner for Refugees, indicated in a CBC interview that the Global Compact document is about making an international “transformational shift” on the movement of peoples around the world. “What we’re advancing here are ideas, mechanisms and suggestions by which our very precious aid dollars can take root and have maximum impact.”

So, should Canadians be concerned with the UN plans for migration some of our traditional allied countries refused to sign onto the document? About 30 countries did not sign: most notably, the United States, Australia, and Israel; but also Switzerland, the Czech Republic, Slovakia, Hungary, Poland, Austria, Bulgaria, Chili, the Dominican Republic…. Italy, Morocco and Estonia were no-shows at this week’s UN meeting — as was Belgium, whose minority Government has lost the confidence of its Parliament over a debate on this very issue.

Canadians will continue to hear a great deal about the UN Global Compact for Migration and are being urged to take the time to read this document to better decipher the political rhetoric leading up to the 2019 election on the issues of immigration and Canadian borders. Here is the text of the document that has been signed by our Canadian Government:  https://refugeesmigrants.un.org/sites/default/files/180713_agreed_outcome_global_compact_for_migration.pdf