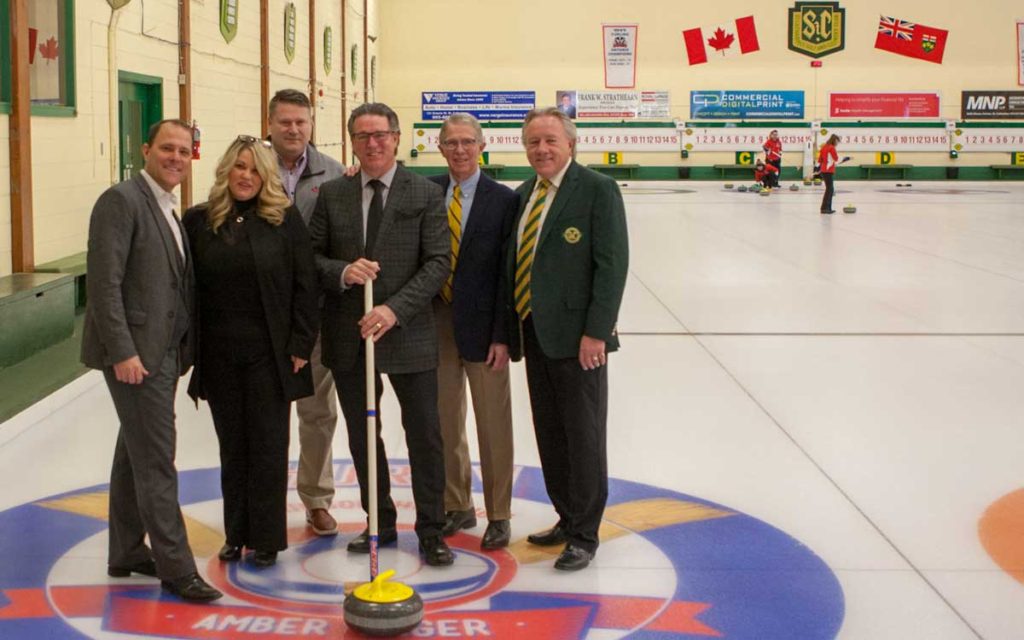 It started with the 2017 Scotties, the women’s national curling championship that were held in St Catharines. For the first time, St Catharines was able to host a championship of that size because we have the Meridian Centre with 5,000 seats and all the infrastructure that you need to run an event and telecast it coast to coast.

The Scotties got everyone’s attention. Downtown restaurants had to bring in extra staff. City parking garages were packed. All the hotels were booked solid. And the local politicians trooped in for the closing ceremonies shaking their heads at the magnitude of the event and soaking up the excitement.

From the day they started transforming the Meridian Centre into a curling arena, until the TSN transport trucks un-plugged and headed back down the QEW, it was a two-week extravaganza. And when you crank the numbers, it equates to an economic impact of somewhere around $10 million. Suddenly everyone wanted to host another curling championship. What can we host next?

It’s the grand-daddy of curling in Canada. It goes back to 1927 and has been held in every province and 31 Canadian cities. But never in Niagara. Well, if we can do the Scotties, why not the Brier?

This time around it was easier. When we approached city council and regional council and asked for their support, we were a known commodity. City staff and regional staff joined our bid committee. We met weekly. The St Catharines Downtown Association came on board. They realized the impact a two-week championship downtown could have on their members, especially those on St. Paul street.

Curling is the only national sport (other than the Grey Cup) that comes with a party attached to a purchased ticket. For the Scotties, we held the Heart Stop Lounge at the St Catharines Golf & Country Club, a short three minute bus ride away. The bands played, the players mingled with the fans, and a good time was had by all. But the numbers weren’t what they could have been. A three minute bus ride is three minutes too many.

For the Brier, we knew we had to find a better solution for the entertainment venue, known of course, as the Brier Patch. Right opposite the Rankin Bridge entrance to the Meridian Centre is a large parking lot. Why not take over that parking lot, erect the world’s biggest tent, and turn downtown into a Brier Patch, only a few feet away from the curling action?

Many meetings and phone calls later, the owner of the property agreed to let us use the space. The parking lot operator agreed to relocate his monthly parkers. We got estimates on the cost of a tent, with lights and heat. In March! The city agreed to close St. Paul Street. The Downtown Association agreed to involve their members in creating Brier Town, a street festival that would wrap around the Brier Patch. Logistics were discussed about parking, removing snow, and routing traffic. All the hurdles were jumped.

We thought we built a pretty strong package to put in front of Curling Canada to convince them that St Catharines should be the host city for the 2020 Brier. We have 500 keen volunteers, we have a proven arena, we have an innovative Brier Patch and an accompanying street festival, and most importantly we have money – – contributions towards the operating costs donated by the City, the Region, the Downtown Association, and the hospitality industry.

On Thursday, November 1 at 10:30am, Curling Canada held a press conference to announce that Kingston, Ontario will be the host site of the 2020 Brier. How could this be? We’ll never know what went on in the decision room at Curling Canada when they evaluated the bids from St Catharines, Moncton, Kingston and Prince George. I’m sure it was fair, and we were told it was a tough decision among some very compelling bids.

So now what? I think we lick our wounds, and keep the momentum going among all the players who made up our bid team. We need to look at another championship for another year. We need to keep the politicians aware of the value of sports tourism. We need to keep working towards hosting these championships because it profiles the sport and keeps our newer, younger, up-and-coming players aware of the value of competition and the rewards that come from the games they play.

Doug Geddie is the Chair of the Bid Committee to Bring the 2020 Brier to St. Catharines.

By Doug Geddie Time To Read: 3 min
National Serious Challenges as Canadians are Adrift on a Se…
Local Region CAO may be headed to China