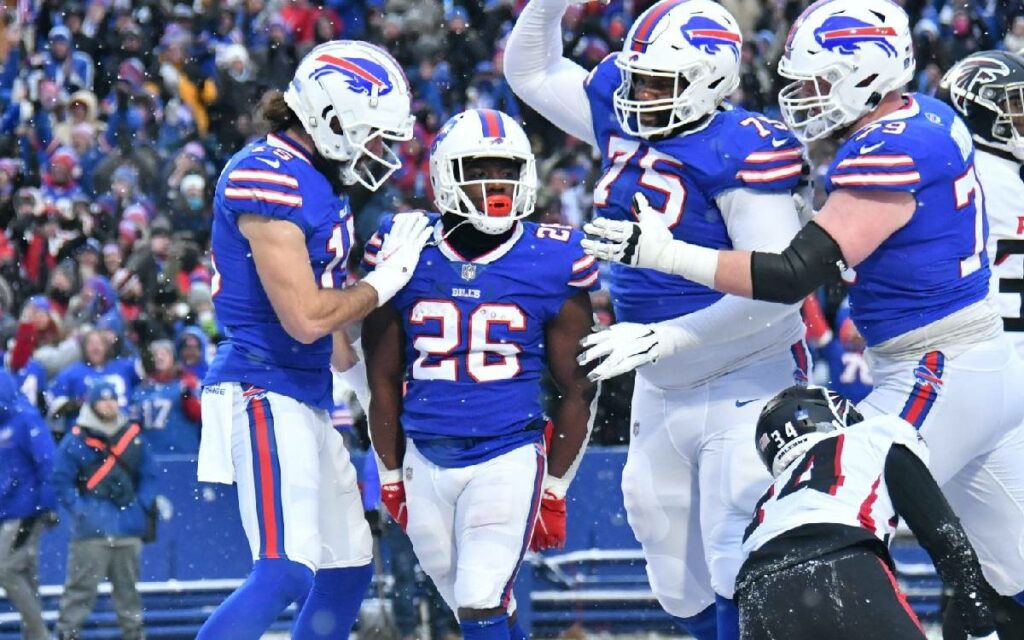 The Bills clinched a playoff berth Sunday with their win over the Falcons. If Buffalo beats the New York Jets on Jan. 9, the team wins the AFC East division for the second consecutive year. Photo credit: USA Today Sports/Mark Konezny

And with 16 games left, three playoff spots of the 14 remain available.

The Green Bay Packers at (13-3) in the NFC have clinched the North Division, and first place overall in the conference.

The Cardinals are coming off 25-22 win over the Cowboys in Dallas on Sunday, and if the playoffs were to start today these two teams would meet again in the postseason.

San Francisco and Philadelphia both at (9-7) are currently seeded sixth and seventh, but the 49ers have yet to officially qualify for the playoffs while the Eagles are in.

Only one team is on the cusp of the postseason in the NFC, the (8-8) New Orleans Saints who visit the (7-9) Atlanta Falcons in week 18.

Moving to the AFC, where two playoff spots are still up for grabs.

The standings are tighter here too.

At (11-5) the Tennessee Titans are the number one seed as of now, but that hasn’t been locked up.

Also sitting at (11-5) is the defending conference champion, second ranked Kansas City who dropped a 34-31 decision to Cincinnati on Sunday.

Speaking of the Bengals, they currently hold down the third seed in the AFC with a (10-6) record.

Also at (10-6) on the season are the Buffalo Bills. The Bills can wrap up the East Division with a win at home next Sunday against the New York Jets.

If the post-season began today, the Bills would meet the fifth ranked New England Patriots (10-6).

The Indianapolis Colts and Los Angeles Chargers – both at (9-7) on the campaign – currently sit in sixth and seventh in the AFC, but no fewer than five teams are still alive for the final two playoff spots in the conference.

The Colts and Chargers are in the driver’s seat.

Indy visits lowly Jacksonville in week 18, while the Chargers visit Sin City to take on the also (9-7) Las Vegas Raiders in next week’s Sunday nighter.

The Raiders, (8-8) Baltimore Ravens and (7-7-1) Pittsburgh Steelers are still alive, and get this – the Ravens host the Steelers to close out both team’s regular season schedules. However, Pittsburgh has to win (Monday night against Cleveland) to make this intriguing matchup happen.

Once again there will be no Thursday night matchup this week, or Monday nighter next week, and the NFL has moved two games to Saturday.

Kansas City visits (7-9) Denver at 4:30 pm EST, while the Cowboys visit the Eagles at 8:15 pm EST in this always interesting NFC East clash.

We should know by next Sunday night at 11:45 pm EST what the first round of the NFL playoffs will look like. 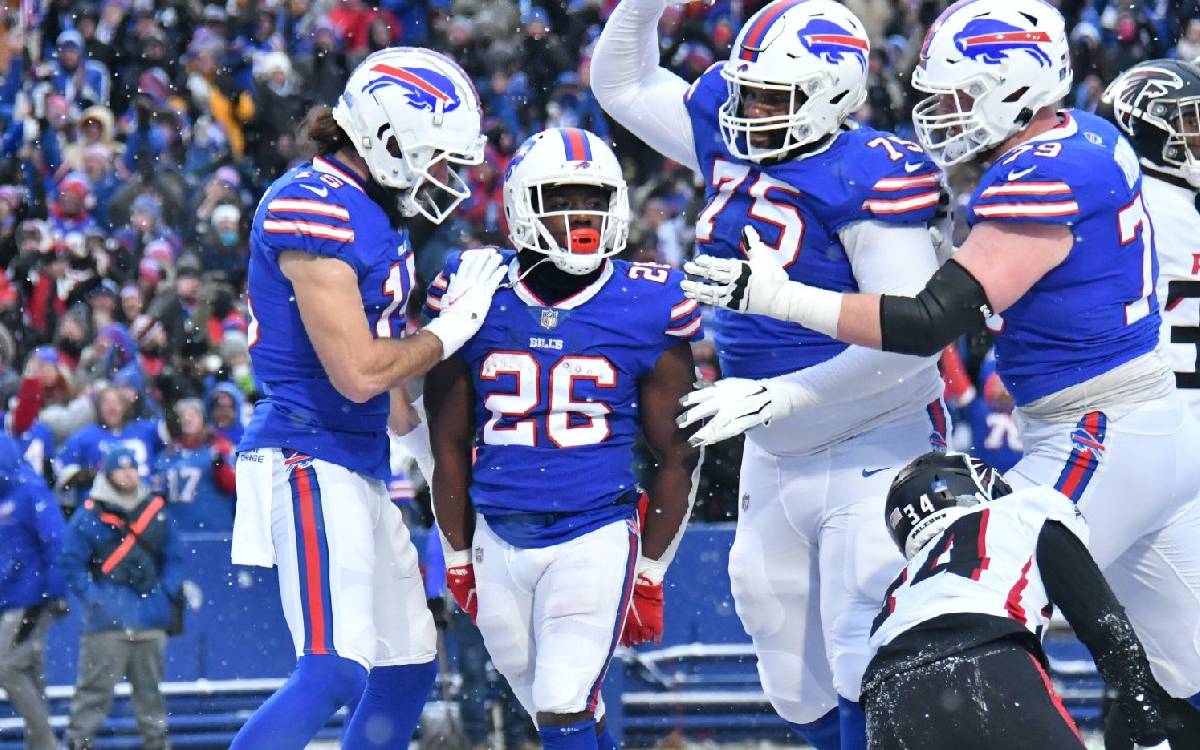