What the FBI search means for 2024 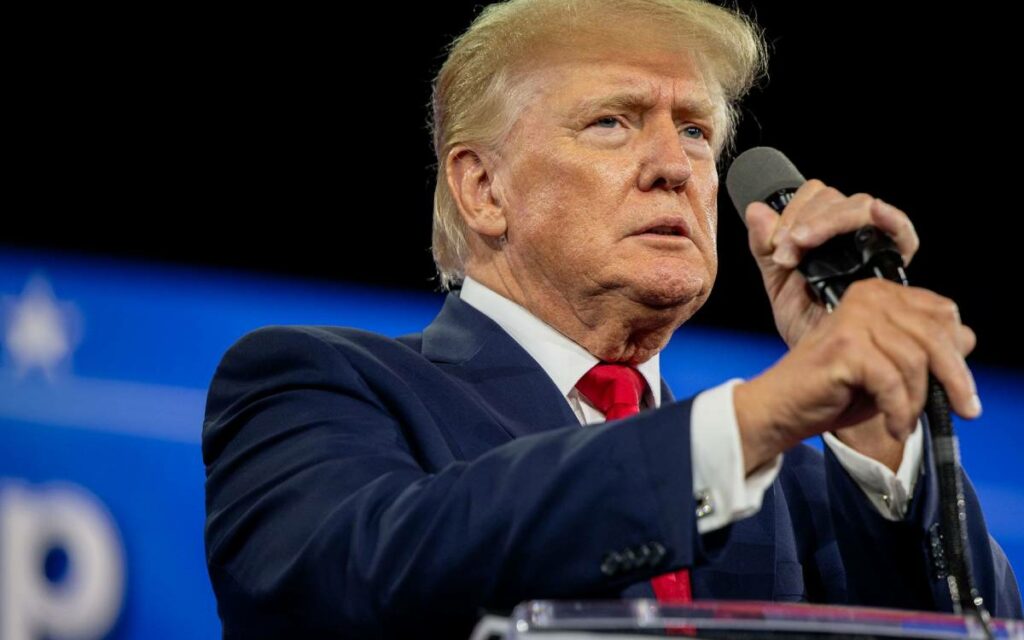 It all depends on if Merrick Garland really has the goods, and more importantly how well he and his political allies can sell whatever was found in Florida, if anything, to the American people. Photo credit: Getty Images/Brandon Bell

Earlier this month the FBI used a search warrant collected in June to carry out an investigation at Mar-a-Lago, one of the most famous homes in the world. The mainstream press greeted this news with much delight and righteous validation. Finally, they asserted, ex-president Donald Trump would be justifiably charged with a crime and be locked up. Former Democratic officials, who find work at network and cable TV news shows almost as quickly as fired football coaches, were out front proclaiming that United States Attorney General Merrick Garland must have serious charges pending on Mr. Trump. As former Obama aide David Axelrod tweeted, “One thing is very clear. Garland would not have authorized this raid, and no federal judge would have signed off on it, if there weren’t significant evidence to warrant it.”

The facts remain unclear. We do know that in 2019, the last year for which we have full records, the Department of Justice applied for approximately 26,000 search warrants and 19 were declined. Judges appear ready to approve this kind of policing. We also know that the former president claims to have agreed to let the Justice Department have what they were seeking in a polite interaction back in June. The DOJ arrived on August 8 with a signed warrant to take any piece of information produced or collected from day one of the Trump presidency to its last day on Jan. 20, 2021.

When the FBI seeks broad approval to conduct a search of everything, it is not sensational to suggest they are on a bit of a fishing expedition. In other words, they are not sure what they are looking for, but they think they can find something. And who knows, that something could land a marlin. The stated reasons for the search include violations of the Espionage Act, the Presidential Records Act, and Obstruction of Justice. These are serious charges which hold sentences of up to 33 years in jail. Making these charges stick remains the challenge. The case may end up as a test run in presidential authority.

The thinking in some Republican circles argues that a president can declassify materials at will. In fact, the power to do so devolves from Article 2 of the constitution which describes executive power. As stated in a recent New York Times piece entitled Presidential Power to Declassify Information, Explained, “The legal basis for the classification system comes from the president’s constitutional authority as commander in chief. Presidents have established and developed it through a series of executive orders dating to the era encompassing World War II and the early Cold War. The current directive, Executive Order 13526, was issued by President Barack Obama in 2009.” In effect, the one person in government given the power to declassify documents sits as its head.

Unfortunately, the Espionage Act of 1917 and the Presidential Records Act could be interpreted differently, putting Trump in legal jeopardy if the legal arguments line up and the lawyers at the Justice Department can convince five Supreme Court Justices that declassifying documents needs a stronger threshold than a president’s will, wish, or command.

While many conservatives object to Attorney General Garland’s actions, Democrats and progressives believe they have the dragon cornered. The Left, of course, and its partners in the media, academia, and Hollywood, also possess short memories. Let us not forget Hillary Clinton, perhaps the most charmless presidential candidate ever, who in 2014 and 2015 ramped up her run for the Democratic nomination while revelations swirled that she had done exactly what President Trump is accused of presently. We know there were over 30,000 emails the former Secretary of State took with her when she left the State Department, but the contents remain a secret because she had them wiped from her server.

Facing the same possibility of the prosecution that Trump faces, Clinton decided to run in 2016, it being her entitlement, after all. Instead of a real race between her and Joe Biden or some other interesting Democrats like pre-disgraced Andrew Cuomo or Rahm Emmanuel, President Obama cleared the field for his former rival and she only had to beat a Communist sympathizer to take the nomination. FBI head James Comey decided that Clinton’s transgressions were not gross negligence, just plain negligence, and never pursued charges, allowing Mrs. Clinton to complete her presidential run and seethe in her political afterlife watching those she believes are inferior hold the office she rightfully deserved.

All this to remind us that if the DOJ pursues these charges and Trump is facing prosecution for document violations, there will be millions of Americans who will be inflamed. Not that Trump should not be held accountable, but that Hillary Clinton, the single most despised figure in America besides Donald Trump, should be free to question elections, muse about right-wing conspiracies, and be given a forum to regularly publicly pout about how Donald Trump cheated her out of the presidency.

This matter deserves more consideration than merely holding a former president who half the country believes is corrupt to account. If the other half of the country believes his 2016 opponent avoided prosecution, never mind a penalty, a question has to surface. Is this good for the country? It would probably be good if Donald Trump, Hillary Clinton, and Joe Biden all sailed into retirement, but Democrats and their acolytes do not want to go forward without the evil orange man. The addictive nature of feeding these investigations inspires the idea that as long as Trump and his candidates hold sway, Republicans are easier to beat. The danger, of course, for Democrats is that they could get ahead of their skis and instead of ensuring their dynastic political destiny, they will invite back to the table the man, the party, and the members who they claim are prepared to destroy democracy.

And yet, as the erstwhile Clinton mastermind James Carville recently said in an interview on CNN when asked about the Democrats playing with fire when supporting extremist Republicans, “The idea of a political campaign is to win the election. It acts in its own interest…I’ve done the same thing. I would do the same thing. I don’t see any ethical or moral problem with doing this. I think most of the opposition to this is from the pontifical class mostly located on the coast. I don’t see anything wrong with this. And you try to do everything you can to help your candidate or your party win an election. And that’s pretty simple and that’s what the DCCC is trying to do.”

If the Democrats think they gain an edge with Donald Trump as the 2024 Republican nominee, then it hollows out their argument that country comes first. Merrick Garland better have the goods, and it better be about corruption Americans can understand, and not solely found in obscure language never before enforced on a former president.