When Carbon Pricing is just a Tax 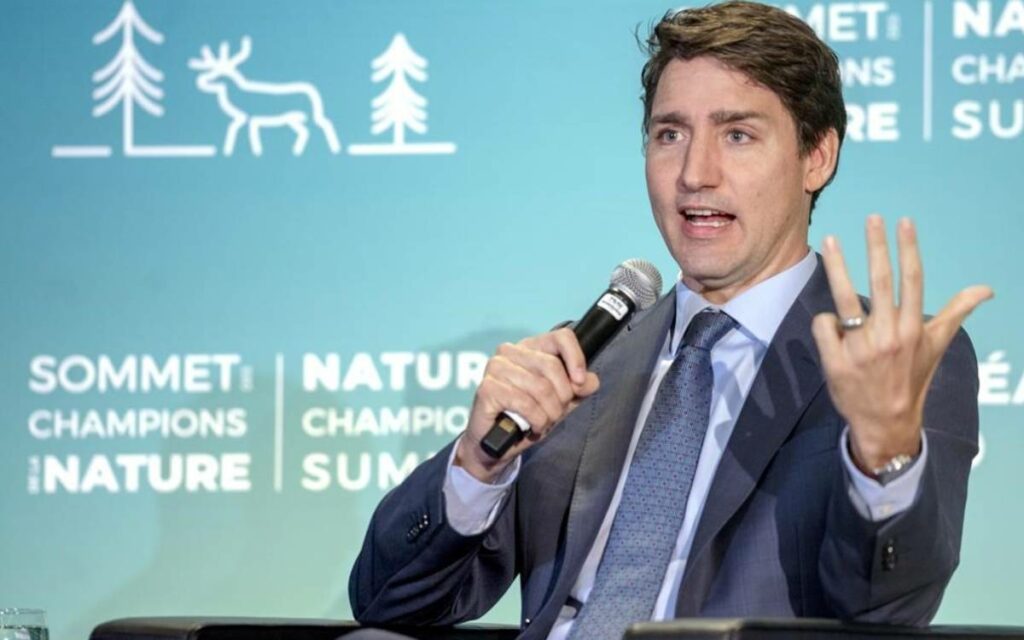 When it comes to the environment I have been wildly more successful than Prime Minister Justin Trudeau.

It’s true. As Director of Caucus Communications in Premier Gordon Campbell’s British Columbia Government I helped usher in Canada’s first carbon tax. Plus, when I was working to earn money for journalism school I spent two months planting trees in Northern B.C. and Central Alberta.

In saying this I want to first point out I am neither a climate change denier nor someone who hasn’t had a dog in this fight.

Also, I feel confident in saying Justin Trudeau’s carbon tax has zero to do with global warming, climate change or making the world a better place to live.

The carbon tax being proposed is nothing more than a tax grab aimed at funding dwindling Canadian coffers thanks to the spendthrift nature of Canada’s federal government. A sailor on shore leave mentality to government spending even before the world was hit with the COVID-19 pandemic.

Let’s compare for a moment the bravery Gordon Campbell showed when enacting a carbon tax, neither his province nor truly many of his cabinet, wanted.

B.C.’s economic trajectory was going up having pulled itself off the mat after a decade of despair and decline under the BC NDP.

The province was already one of the cleanest in Canada and key to cleaning it up further was the removal of beehive burners and coal plants.

Still the carbon tax was brought in with a central goal. Reduce the reliance on fossil fuel burning facilities to create energy through a value added tax on such products.

Under Premier Campbell the tax was totally revenue neutral and every dollar it collected was invested back into British Columbians’ pockets to support cleaner and greener lifestyles.

Now let’s look at the Trudeau tax-grab. Canada is in economic despair with a trillion dollar plus debt and a deficit greater than any of us could imagine.

Canadians are under economic pressure like never before. Many believe bankruptcies; both business and personal thanks to COVID-19 will make the great depression look like a blip.

So what better thing to do during these stressful and challenging times? Let’ raise taxes on everything. That is what this carbon tax does.

And here is why I say it is simply a tax grab.

When I was a boy my father used to teach me about Ignatius of Loyola, Francis Xavier, the founders of the Society of Jesus – Jesuits. One of the most powerful tools of the Catholic anti-reformation was the ability to argue and one of the keys is an agreed starting point.

So in homage, let’s agree on a starting point shall we? The Paris Agreement and global warming is a threat to all life on earth.

Yes I know there are detractors, but for the sake of today’s lesson let’s just say we agree on these things and the need to find a fix. And in homage to another of our favourite books – For Whom the Bell Tolls – No man is an Island and therefore Canada needs to play its part.

Now that we agree, lets look at the Trudeau tax. What is the goal of this tax?

The stated goal of the carbon tax is to reduce greenhouse gas emissions by 30 per cent from 2005 levels by 2030.

Again, I am not saying you should be pro or anti-climate initiatives, I am just stating the facts.

So here is my first question: If Canada hits the stated goal of 30 per cent reduction earlier than 2030 will the carbon tax be suspended?

Basically, if you are saying the reason Canadians are getting taxed on everything is to achieve this goal, is there a sunset clause in the legislation? If there isn’t such a clause, then what is the tax’s actual purpose?

Second question, if the carbon tax as developed is the correct path and the policy can achieve it’s stated goal, why is the value changing? The goal is the same, the Paris Agreement is the same and the targets are the same, why not simply set a price on carbon to achieve these goals and leave it there until the goals are achieved?

I suspect, no there isn’t a sunset clause or poison pill or at least not a legitimate one. If such a poison pill existed the Federal Liberals and all their woke minions across the country would be trumpeting it like a choir of angels.

Secondly, there is no set price for carbon because even the scientists and economic forecasters that came up with the tax couldn’t agree. And in a time of every press conference having modelling to rationalize numbers, show me those numbers, let them be examined and publically scrutinized the way the budget process is.

I suspect if they were then the lawyer’s favourite phrase would come in. Will this plan of tax increases over time actually reduce carbon to the stated goals?

Well, said the lawyer, it depends.

And friends, that is why everything you buy in the coming years will be subject to increased taxes. Yes, gasoline for your car and electricity for your home, but also your children’s toys, a new pair of shoes, tomatoes, a new electric car and pet food.

Because every single thing you spend money on has to be shipped here and that uses fossil fuels – even the electric cars – and that is subject to carbon tax. No company is simply going to eat this tax and it will be passed on to consumers.

No clear evidence, no relief if targets are met and a massive tax increase on the heels of an economically devastating pandemic.

Merry Christmas all, hopefully we can be together next year.